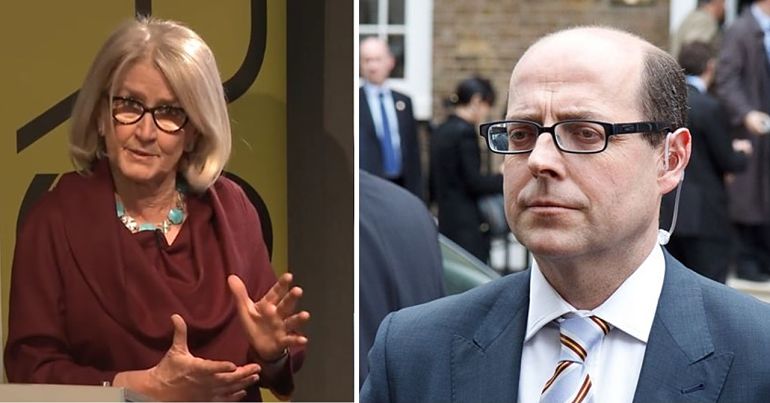 Legendary economist Ann Pettifor schooled the BBC’s Nick Robinson for talking nonsense on 18 June. Pettifor, one of the few economists to predict the financial crash, caught Robinson spreading what is perhaps the greatest economic myth.

Governments can only pay for increasing spending by raising taxes, increasing borrowing or cutting other spending. “Dividends” are what politicians talk about when they don’t want to spell out which of those they are going to do

Robinson is speaking about Theresa May’s pledge to inject new cash in the NHS, funded by a so-called ‘Brexit dividend’. But Pettifor, director of Policy Research in Macroeconomics (PRIME), pointed out holes in Robinson’s claim:

That is wrong @bbcnickrobinson . Almost every week of the year governments pay for spending by issuing gilts. Tax revenues are a consequence of spending not a source of finance & are used to pay for & balance loan-financed spending. https://t.co/V6FkjKezpQ

Pettifor told Robinson that spending actually comes before taxes. She highlighted the point:

Think of the £1,000 billion raised to bail out the finance sector in 2008/9… It was not financed by raising additional taxes. The monetary system – the BoE, the Treasury & Debt Management Office raised the finance…

Sanctioned by the 2009 Labour government, the Bank of England initially created £75bn in what’s called ‘quantitative easing’. In other words, the UK government represents a sovereign country that can create money to spend in the economy. The economic strategy after the 2007/8 financial crisis shows this. Robinson’s claim that we can only spend money through borrowing or higher taxes is a myth.

Currently, private banks create 97% of our money when they issue loans to people. This means we effectively rent our money from private banks in the form of debt. The ‘magic money tree’ is real, but the private sector has confiscated it.

In the video below, Prof Dirk Bezemer from the University of Groningen and International Monetary Fund economist Michael Kumhof explain this:

When the government sanctioned quantitative easing in response to the crisis, the money merely inflated the finance sector. Campaign group Positive Money argues that the Bank of England should hand the money to the government to spend in the real economy, like on the NHS. They argue this would stimulate the economy much more effectively.

It’s worrying that prominent commentators such as Nick Robinson do not seem to understand this crucial part of economics. We need to smash these myths in order to unlock the true potential of a modern state.

– Join Positive Money who are campaigning for a banking system that works for us.

– Support the Canary so we can continue to smash the prevalent myths.

– Write to your MP asking if they are aware of how money is created.