Children crying as they're torn from their parents. Here's the sound of Trump's America. - Canary 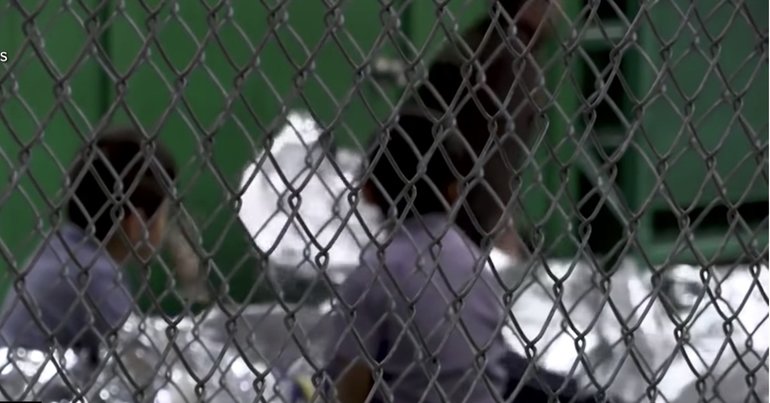 Donald Trump’s “zero tolerance” immigration policy is ripping children away from their parents at the US border. And now, an audio clip has emerged that captures the heartbreaking sound of children in a border detention facility.

US authorities now have over 11,000 children ‘in their care’ after separating them from parents at border crossings. Latest figures also show that in just six weeks – between 19 April and 31 May – 1,995 minors were separated from 1,940 adults.

An audio clip from ProPublica captured “children as they spoke to patrol agents and consular workers”.

As the clip starts, young children are crying. It’s not a sound that’s easy to forget.

Well, we have an orchestra here, right?

What we’re missing is a conductor.

Keep this number. Don’t lose it, you hear? Good.

These children are now numbers.

Agents ask children – who can barely breathe through their tears – where they come from. “El Salvador,” says one. “Guatemala,” says another.

Cries of “Mummy”, “Mami”, and “Papá” are relentless. But they’re continually told not to cry.

One girl asks, while sobbing, to speak to her aunt. She memorised her aunt’s phone number. She persists and asks:

Are you going to call my aunt so she can pick me up?

According to ProPublica, this little girl is six-year-old Alison Madrid. Alison is still in detention. She did get to speak to her aunt, but she’s still not spoken to her mother. Her aunt is unable to help because she’s:

worried that any attempt to intervene in her niece’s situation would put hers and her daughter’s asylum case at risk.

Inside a detention center last week. Children separated from their parents wail and ask for help.

A Border Patrol agent booms above the crying. “Well, we have an orchestra here,” he jokes. “What’s missing is a conductor.”

There have been heavy camera restrictions in recent media visits to the centres. Also, as ProPublica reported, detained children “are not allowed to speak to journalists”. But it says this audio clip:

ProPublica was given the clip by Jennifer Harbury, “a well-known civil rights attorney”. Reportedly, Harbury obtained it from a client who:

heard the children’s weeping and crying, and was devastated by it.

As an MSNBC reporter explains, this is the first time ever that children have been separated:

on a systematic basis… from their parents. And that is because of the Trump administration.

"People in here are locked up in cages, essentially what look like animal kennels. I don't know any other way to describe it"@jacobsoboroff reporting from the border detention centers pic.twitter.com/gnwFiFFmze

As The Canary previously reported, Trump’s administration has enforced a “zero-tolerance” immigration policy since April. This also means that adults now face almost certain prosecution, with [doc] “a maximum sentence of 180 days incarceration”.

Meanwhile, children are placed “in the custody of a sponsor, such as a relative or foster home, or held in a shelter”.

The reality is that many of these families came from Central America to seek asylum because they’re “fleeing gang violence and poverty”. And as HuffPost reported, this situation “has its roots in six decades of U.S. policies carried out by members of both parties”. It continued:

It’s utterly heartbreaking and haunting to hear these children cry for their parents. And so it should be.

Until Trump’s ‘zero tolerance’ ends, until they’re all reunited with parents, we must not forget them.