A 'senseless and unfounded' DWP policy is causing harm to claimants and costing the NHS millions, says a charity - The Canary 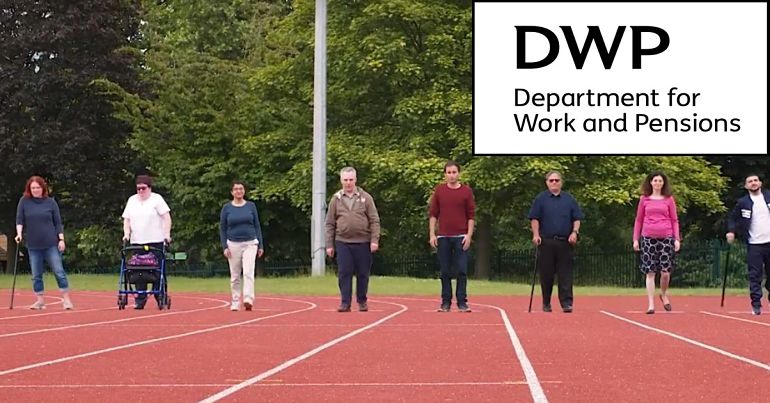 A new campaign by the MS Society charity is calling on the DWP to scrap a “senseless and unfounded” policy that’s harming claimants and costing the NHS millions.

The MS Society represents people who suffer from Multiple Sclerosis (MS). MS is a “condition which can affect the brain and/or spinal cord”. It causes a wide range of symptoms, including fatigue, trouble walking, numbness, muscle stiffness/spasms, and problems with balance.

The charity’s campaign is focused on scrapping the ’20-metre rule’, which governs access to the mobility component of the PIP disability benefit. A press release for the campaign seen by The Canary states:

People with MS have been increasingly losing vital support since Personal Independence Payment (PIP) began in 2013. The biggest change has been the introduction of the 20 metre rule, used in PIP assessments to determine eligibility for the higher rate of mobility support. Under the previous benefit – Disability Living Allowance (DLA) – the measure was 50 metres. Now, if you can walk just one step over 20 metres, roughly the length of two double-decker buses, you won’t qualify for higher level of mobility support. Under DLA 94% of people with MS were receiving this higher rate but this has fallen to just 66% under PIP.

The charity has also released a campaign video highlighting the callousness of the 20-metre policy:

As part of its research, the MS Society conducted a survey of people with MS who had their support reduced when transferring from DLA to PIP. The results, as described in the press release, make for bleak reading:

Consequently, it’s no surprise that the director of external affairs at the MS Society – Genevieve Edwards – was damning of the PIP benefit:

Contrary to the Government’s insistence that PIP is meant to help those with the greatest needs, the truth is it’s causing enormous harm to people with MS, with many losing their independence as a result.

Unfortunately, the plight of MS sufferers is not an isolated incident. Government statistics for 2017 show that 47% of people who were formerly receiving DLA saw their benefits fall or stop completely when reassessed for PIP. And a freedom of information request to the DWP revealed that Scottish disability claimants are losing out on an estimated £56.4m annually due to the harshness of PIP assessments.

This has led to multiple claims that the creation of the PIP benefit was mainly about cutting the welfare bill. But MS Society’s research shows how shortsighted such a callous approach to welfare is. Its press release states that:

Based on respondents’ increased use of health services, the NHS is spending more than an additional £1.8 million a year on GP services and £5.9 million a year on hospital A&E services for people with MS who’ve lost support when transitioning to PIP. These figures are projected to rise as more people transfer from DLA to PIP.

This demonstrates that, when the DWP denies someone the support they need, their issues don’t just disappear. Instead, claimants are forced to look elsewhere for assistance.

Consultant neurologist Waqr Rashid describes, in the press release, how this knock-on effect plays out:

There’s no scientific rationale or basis for the recent change to the 20 metre rule and it’s impacting services as well as people with MS. I see people become isolated and depressed, and then contact GPs with more related issues. I’ve even seen patients asking MS Therapy centres to provide additional services that PIP would have paid for. They’re picking up the pieces and frankly it doesn’t make sense.

Wrong on many levels

The MS Society’s campaign demonstrates both the human cost of cutting much-needed benefits and the knock-on effect on the rest of society. When someone’s support is removed, they don’t just stop requiring it.

“Senseless and unfounded” is putting it lightly.