TV host loses the plot, ranting that Korea concessions are a gift from Trump to Russia - The Canary 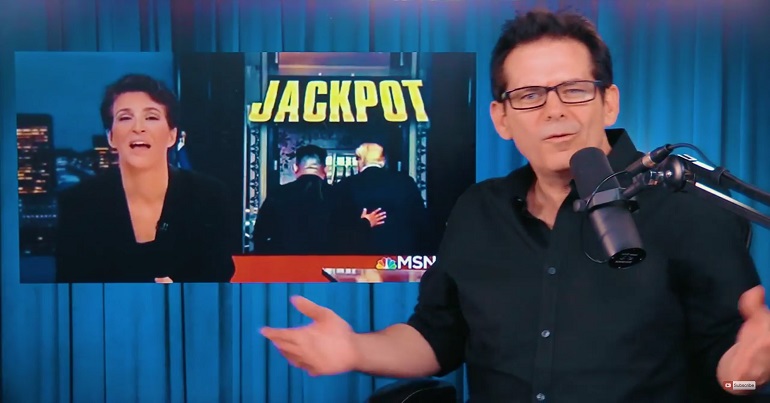 The US and North Korea released a joint statement on 12 June which – among other things – committed to working “toward complete denuclearization of the Korean Peninsula”. But since then, some establishment media outlets have been complaining. One MSNBC host, for example, even suggested that US president Donald Trump’s concessions were a gift to Russia. And the host’s rant was so bizarre that US satirist Jimmy Dore did an entire segment ridiculing it.

During a question and answer session with reporters, Trump appeared to surprise many when he said:

But not everyone seemed happy that Trump – a president ramping up tensions with other countries – would be “stopping the war games” on the Korean Peninsula.

Rachel Maddow – host of what has become the most popular show on US cable news – pushed back against Trump’s apparent show of good faith. Maddow’s show on MSNBC has increased its ratings in part because of her almost exclusive focus on ‘Russiagate’.

And on 12 June, Maddow appeared to suggest that Trump’s decision was in service of ‘Russian interests’ and a giveaway “for free” to North Korea. This view is perfectly reflected in Maddow’s 19-minute segment entitled President Trump Military Exercise Giveaway To N. Korea Suits Putin’s Goals.

Russia has just this tiny little border, eleven-mile-long border with North Korea, with one crossing on a train… But Russia is also increasingly straining at its borders right now – and shoving back US and Western influence, especially US and Western military presence, anywhere near what it considers to be its own geopolitical interests. And one of the things that they have started to loudly insist on is that the US drop those joint military exercises with South Korea.

The US has kept those [military exercises] going as a pillar of US national security strategy for – ooh – 70 years now – until last night, when Trump casually announced that that’s over now; he’s doing away with those – blindsided everyone involved – and gave North Korea something they desperately want and would do almost anything for. Except he gave it to ’em for free. How come?

Maddow essentially ignored supportive remarks from establishment figures the world over, including the head of the International Atomic and Energy Agency, the prime minister of Singapore, the UK foreign secretary, the UN secretary general, and NATO’s secretary general.

Some in the Democratic Party are also trying to limit Trump’s ability to negotiate for peace on the Korean Peninsula:

Democrats are fighting Trump from the RIGHT to preemptively block the removal of US troops from South Korea. Servants to the Pentagon expose that ending the war is the real threat to empire https://t.co/vlfqSfmDqz

Corporate and establishment media outlets such as the New York Times and the Associated Press, meanwhile, appeared to echo Maddow’s apparent opposition to halting the military exercises: 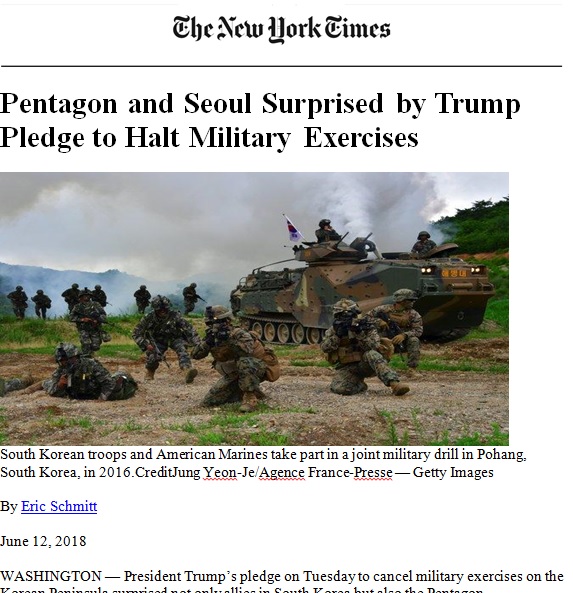 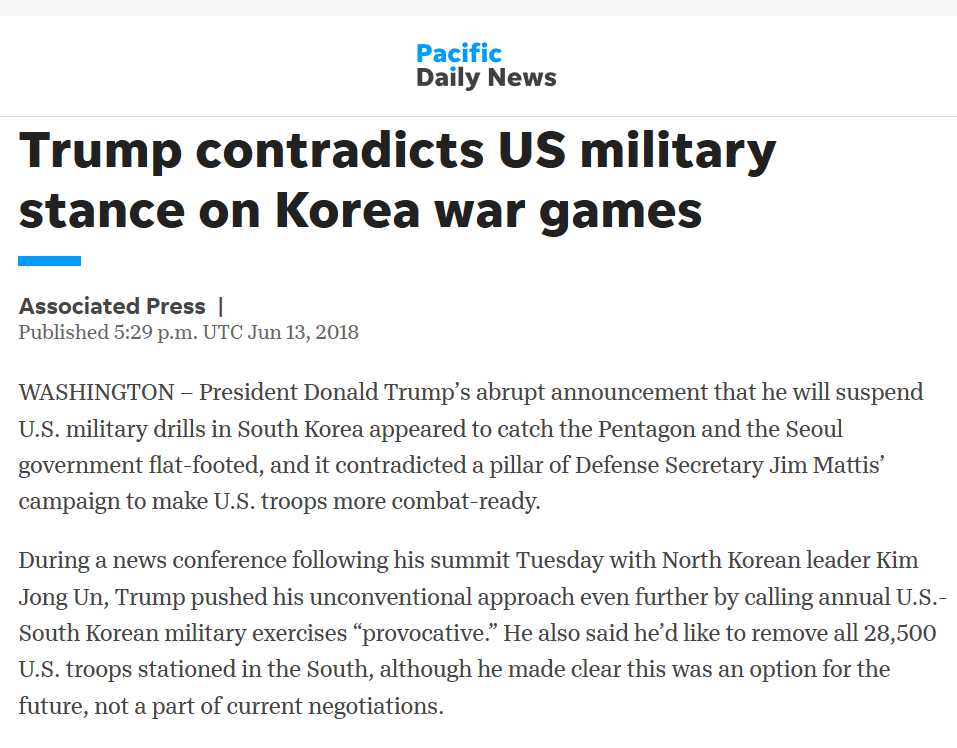 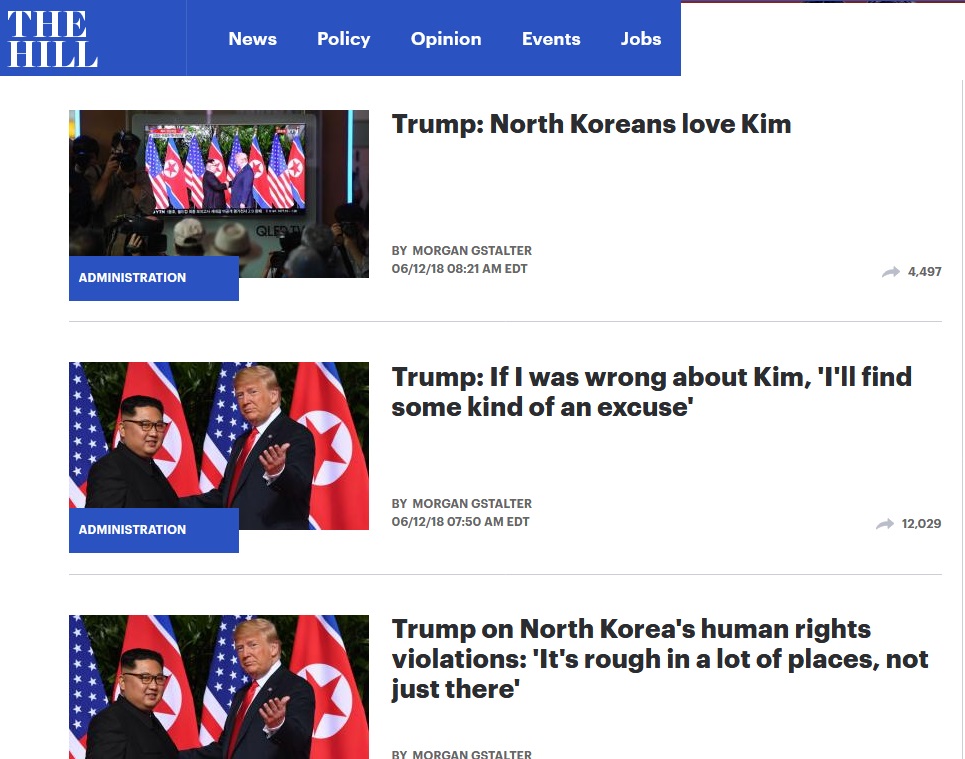 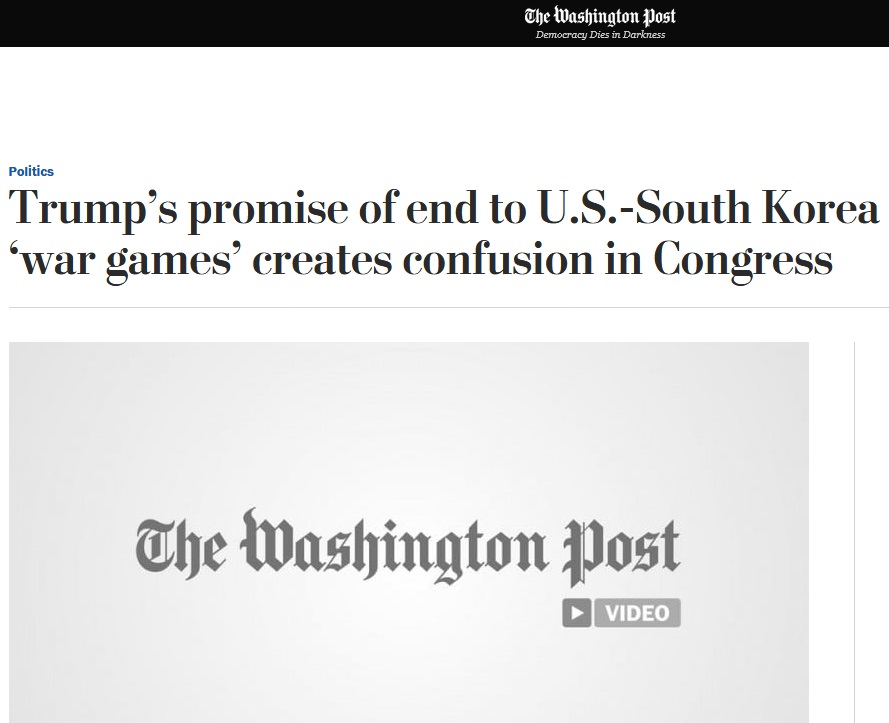 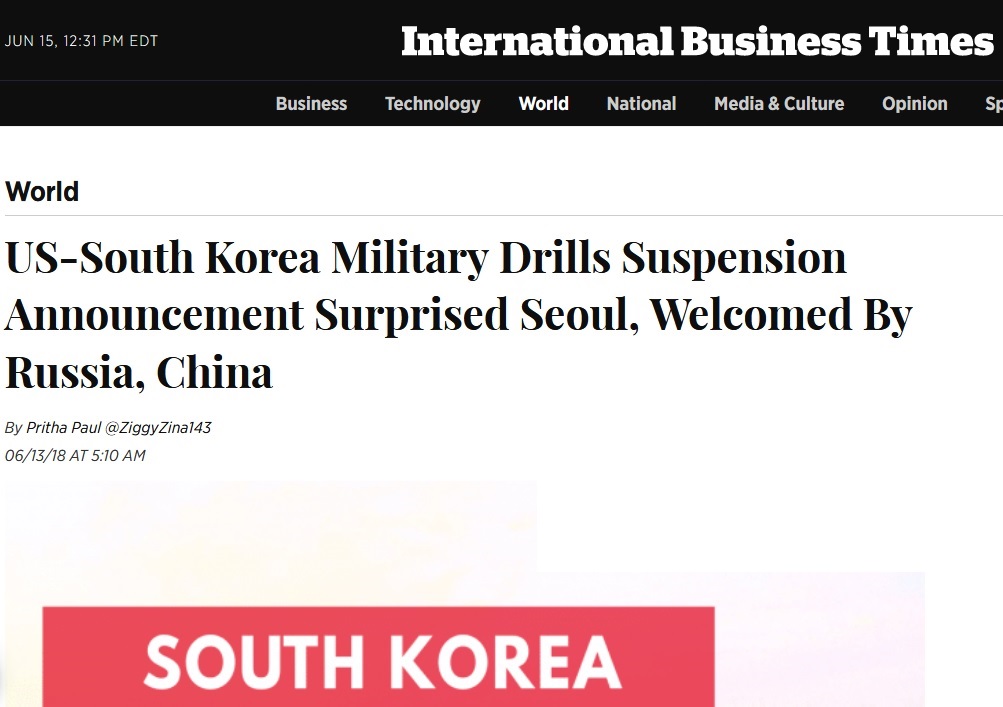 Jimmy Dore and the US left take a stand

Comedian Jimmy Dore summed up many people’s exasperation with liberal militarism. He chastised self-proclaimed ‘resistance’ liberals like Maddow for their military hawkishness, saying [10:32]:

Did you know this was ‘a pillar’ of our… national security? ‘A pillar’! That we antagonise North Korea, doing war games off their coast.

So Rachel Maddow’s upset that we’re ratcheting down our military tensions with a nuclear power… That’s called attacking Trump from the right: ‘he’s not being bellicose enough with our military enemies’.

And the response from many people on Twitter was clear:

according to a Kyunghyang poll only 11% of SK disapproved of the Singapore summit (66% approved) yet US pundits are starving for any opinion that represents a view shared by the other 89% (basically everyone) u may think the summit was bullshit but this disconnect is itself story pic.twitter.com/gsBTMQLark

Just for the record, the South Korean reporters I’ve traveled to Singapore with are also shocked by the awful US media coverage of the summit and their obsessive hatred of North Korea and almost total ignorance of South Korea. Korean coverage is far, far superior.

The contrast between establishment and non-establishment media outlets, meanwhile, could not have been more stark: 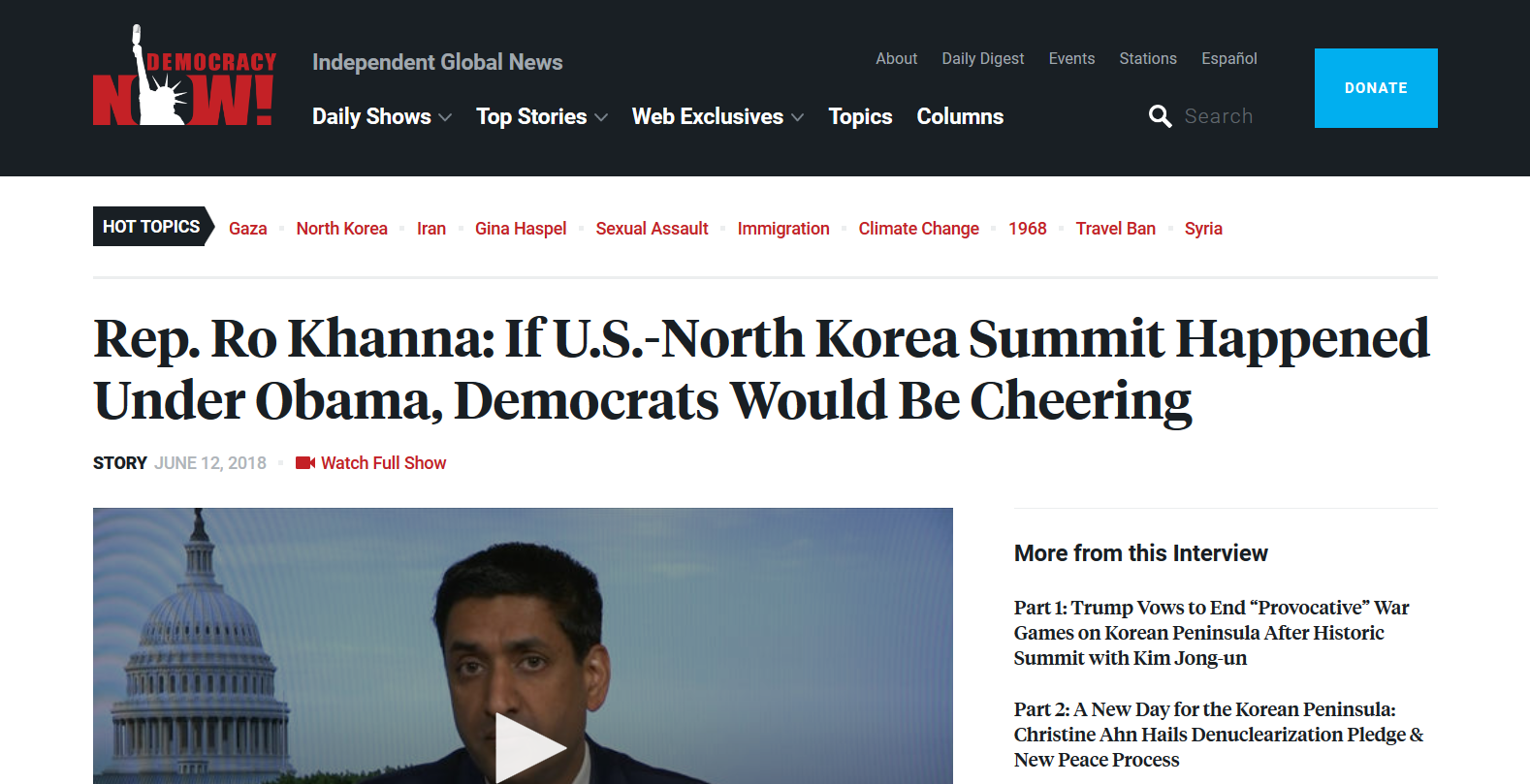 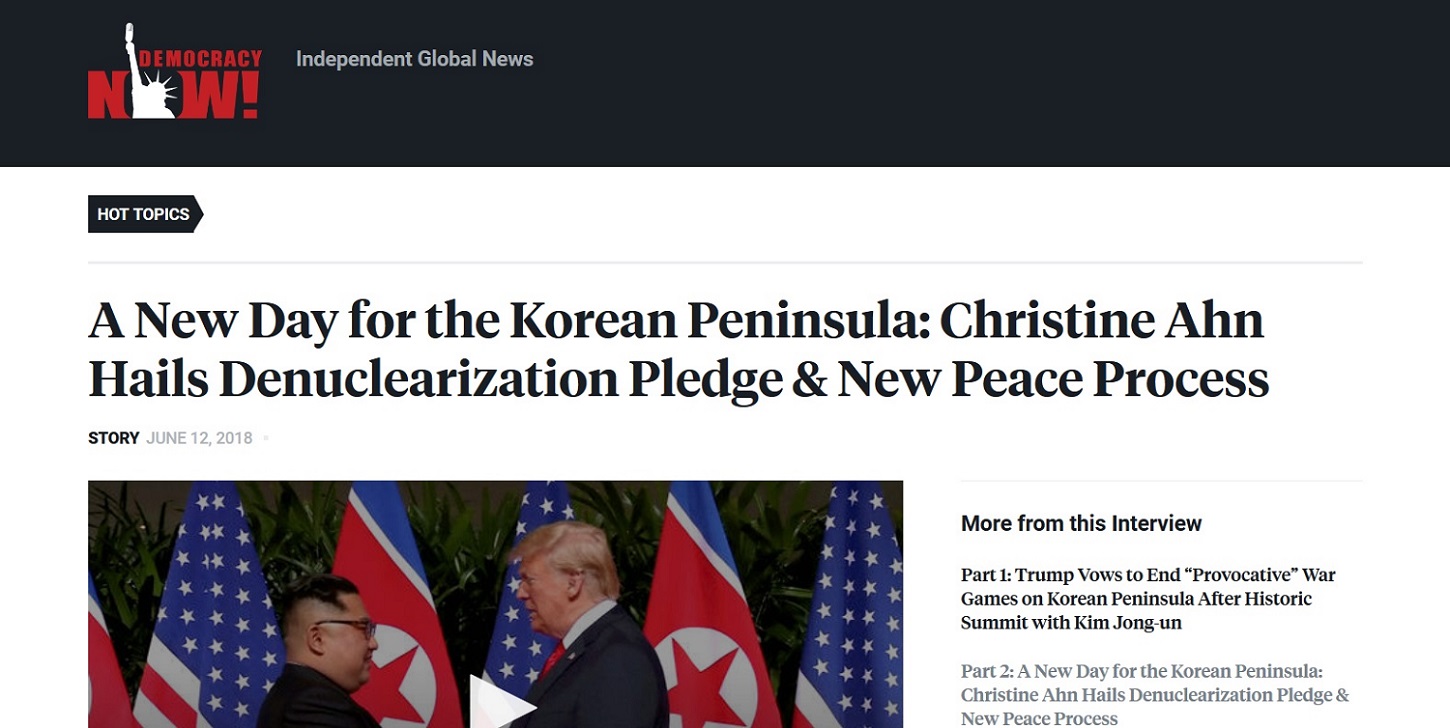 Erasing Koreans from the picture

Largely missing from reports like Maddow’s is also the fact that it’s the South Koreans who have taken the lead and have been pushing for peace talks and de-escalation.

This is as good of a time as any to brush up on the erasure of the Korean left in US mainstream media. @christineahn @CitationsPod @adamjohnsonNYC @WideAsleepNima @TimothyS https://t.co/UaNtYQhlTx

It is a great victory achieved by both the United States and the two Koreas, and a huge step forward for people across the world who long for peace. Once again, I would like to pay my respect to President Trump who achieved a feat that no one else has ever delivered.

I offer my heartfelt congratulations and welcome the success of the historic North Korea-United States summit. This is just a beginning and there may be many difficulties ahead, but we will never go back to the past again and never give up on this bold journey. pic.twitter.com/6VhFO19JJ3

One long-time Korean peace activist also expressed her dismay at the response from the US ‘liberal’ establishment:

In my moment of despair on the ignorance of American liberals and Democrats attacking Trump from the right for this historic Korea peace deal, a true act of solidarity came from @sarahlazare @inthesetimesmag in this interview. 🙏❤️✌🏾https://t.co/B9tsMKrXun @WomenCrossDMZ

A past we should never return to

During the Korean War (1950-1953), the US killed hundreds of thousands of civilians in North Korea using incendiary devices and napalm, wiping out an estimated 20% of the population. Over a million died in a holocaust that the North Koreans very much remember – even if the Americans do not.

Historian and Korea expert Bruce Cummings wrote about this in his book The Korean War: A History.

Over three years, the US dropped:

32,557 tons of napalm, an incendiary liquid that can clear forested areas and cause devastating burns to human skin. 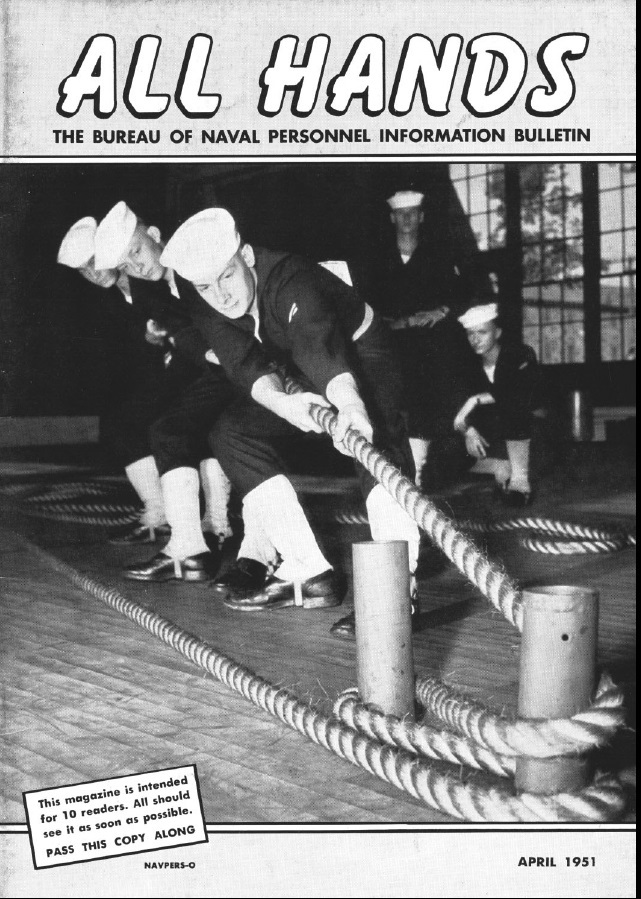 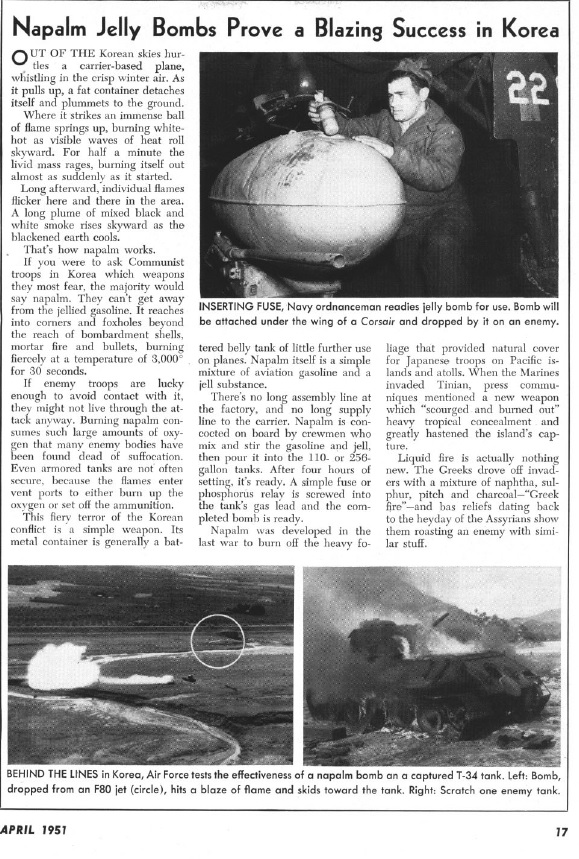 These events were also covered in detail in Chapter 5 of the documentary The Untold History of the United States, written and produced by historian Peter Kuznick and director Oliver Stone:

Stopping the war games is a good thing

Today, North Korea is routinely threatened by ‘war games’ (aka ‘military exercises’). These exercises, initiated by the US, regularly simulate an invasion of North Korea and ‘decapitation’ of its government. This is precisely why these war games are so provocative, and why North Korea has long sought for them to stop.

The US also technically remains at war with North Korea, having signed an armistice in 1953 rather than a peace treaty.

The latest developments are certainly positive from the perspective of those who long for peace. But Trump’s unpredictability and the liberal establishment’s warmongering hawkishness mean the odds of success are less than they otherwise might be. As such, those who have struggled for this day will know better than most that the real challenges have only just begun.

– Read more about the US war in Korea. And see more from The Canary on North Korea.

– Join or support the Stop the War Coalition; and show your support for Veterans for Peace, who are fighting for peaceful solutions to the world’s problems. Also take action with Campaign Against Arms Trade.