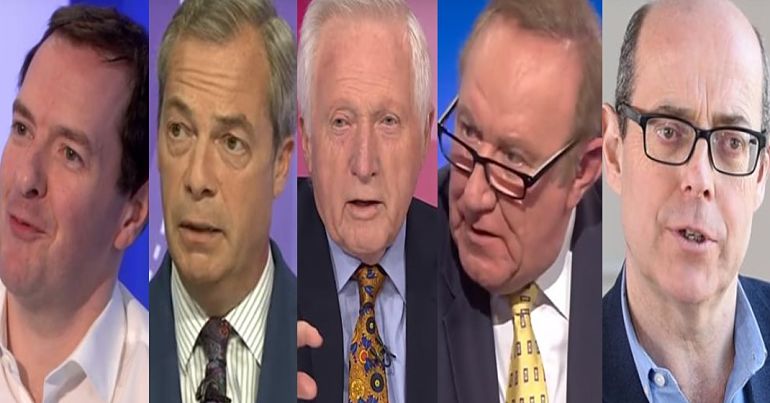 On 17 June, David Dimbleby announced he is stepping down as host of Question Time after 25 years.

Question Time's David Dimbleby to step down from BBC show after 25 years to return to "first love" of reporting https://t.co/tY5e37Jaik

Dimbleby’s departure gives the BBC an opportunity to counter its critics with a radical new appointment. But people on social media aren’t holding their breath.

End of an era

The BBC has repeatedly come under fire for the make-up of the Question Time panel; not least for Nigel Farage holding the joint record for most appearances on the show this century.

The show also has a habit of glossing over key issues:

What is the point of having @IsabelOakeshott on #BBCQT and having no questions about the emails she forgot about?

If you ever question #bbcbias I refer you to Dimbleby brushing aside that man’s justified criticism of Oakeshott. Not only did he not refer to what she has done, he tried to protect her. Absolute joke #bbcqt

…or just completely ignoring a national day of mourning:

I'm surprised that #bbcqt is not in or near #Grenfell tonight and does not have a representative from one of their community groups on the panel. But then again, the working class are used to being treated with disrespect.

Therefore, it’s no wonder people were quick to call for a change in approach:

Can we have presenter that isn't @Conservatives biased… oh wait you would have to clear out 75% of your news editors and political reporters for that.

Dimbleby’s departure could mark a new dawn for the BBC’s flagship debate. Appointing a young progressive host would be a statement of intent from the much criticised corporation. But many people seem resigned that Dimbleby’s departure won’t mark a turning point for Question Time, with one name cropping up again and again:

David Dimbleby is to retire from gammon time in December. The BBC have announced Nigel Farage as his replacement on the grounds that he has most experience of being on the show and is more impartial than Dimbleby

At least others felt there was a broader array of options:

Who is producer Alison Fuller-Pedley calling first to offer the job?

His successors are rumoured to be as follows.

Although there are rumours that the stag do from hell could be eclipsed by Dimbleby’s final show:

Thankfully, the suggestion that Andrew Neil should jump into the hot seat was met with strong criticism:

He's a right wing Tory, so yeah right up the BBCs street.

And same old, same old. Time to break the mould with a really new & different face not continue seamlessly

Joking aside, Dimbleby’s departure really is an opportunity for the BBC to counter its many critics with a radical appointment. The scepticism about whether it will take this opportunity is just another example of its beleaguered reputation.

Let’s hope it proves everyone wrong.