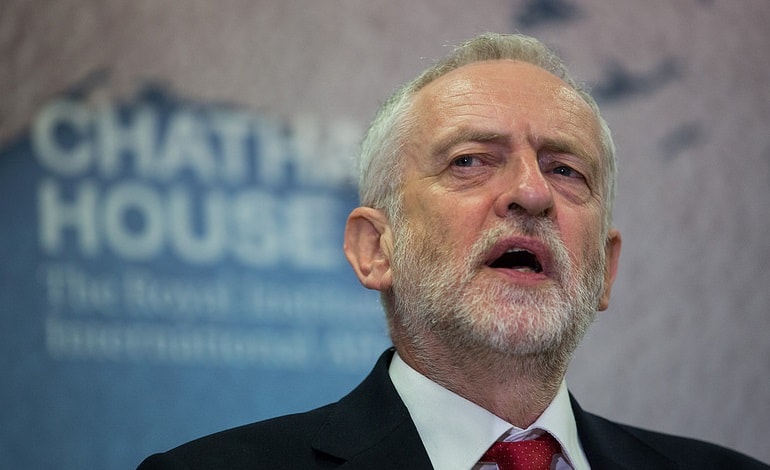 Over 120 economists and academics worldwide have “urgently” backed Jeremy Corbyn in the general election, to avoid what could be an economic catastrophe.

In a letter to The Guardian signed by the 128 experts, they warned that the Conservative agenda would “slow the economy” at the “crucial juncture” of Brexit.

Following the Brexit vote, the drop in the pound means we are facing the biggest fall in our standard of living since WWII. Official projections show that Retail Price Index (RPI) inflation will rise to 4.1% in the final quarter of 2017. Meanwhile, a report from the Bank of England shows that nominal wage growth will actually fall in response to higher inflation, not increase. Coupled together, and we have a record-breaking fall in our standard of living.

The letter also points out that Conservative austerity has failed:

Their spending cuts have hurt the most vulnerable and failed to achieve their intended debt and deficit reduction targets.

The Conservatives came to power in 2010 aiming to remove the budget deficit by 2015. Today, the deficit is still greater than in 2008, before the Conservative-backed decision to bail out crashing private banks with public money.

On the overall debt, former Chancellor George Osborne proportionately increased debt by more in five years than every Labour government in history combined.

Labour’s manifesto proposals are much better designed to strengthen and develop the economy and ensure that its benefits are more fairly shared and sustainable, as well as being fiscally responsible and based on sound estimations.

We point to the proposed increases in investment in the future of the UK and its people, labour market policies geared to decrease inequality and to protect the lower paid and those in insecure work, and fair and progressive changes in taxation.

Rebalancing the economy will increase demand for goods and services, because ordinary people will have more money to spend.

Almost nobody saw the 2007/8 financial crash coming. But where mainstream experts failed, at least three of the economists now backing Corbyn predicted the crash. Dean Baker, Steve Keen and Ann Pettifor all saw the banking crisis that defined a generation coming. In 2006, Pettifor warned that the coming debt crisis:

will hurt millions of ordinary borrowers, and will inflict prolonged dislocation and economic, social and personal pain on those largely ignorant of the causes of the crisis, and innocent of responsibility for it.

Keen (author of Debunking Economics), meanwhile, won the Revere Award for Economics for his foresight.

Now, these economists have joined 125 others calling on Britons to vote for Jeremy Corbyn. The experts point out that the Labour leader’s investment-based plan will stimulate the economy, while there is “no future” in a Conservative “race to the bottom”. Given the Brexit context, the economists rightly call their intervention ‘urgent’. They said 8 June will be “perhaps the most important UK general election since 1945”.

– Get out and vote on 8 June. Make sure your friends know what’s at stake.