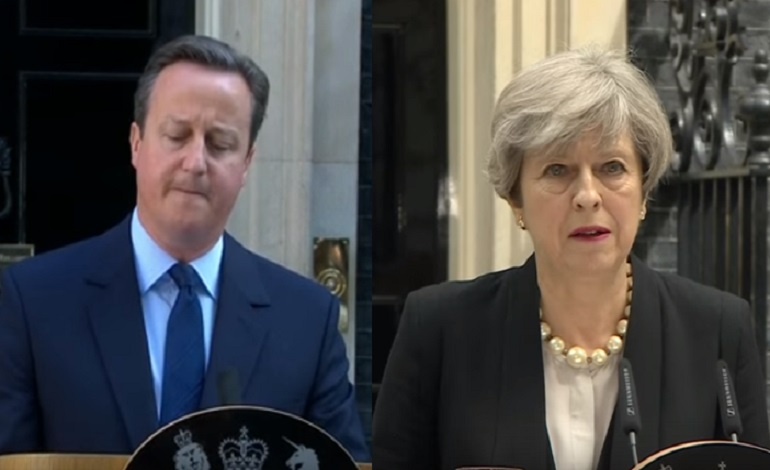 David Cameron’s former Director of Strategy has said he’s “sick of all the political BS” and publicly called for Theresa May to “resign” in the wake of the London attacks on 3 June.

Steve Hilton, who worked for Cameron in the coalition government, took to Twitter on Monday 5 June to call for May to quit. He said:

She is more responsible for UK’s current security set-up – and its failures – than anyone else… who is in the end politically responsible/accountable? she was in charge last 7yrs [sic]…  I think her spin and carefully crafted language masks the reality that she doesn’t know what she is doing…

Hilton was seen by many as a ‘blue sky thinker’ within the Conservative Party, responsible for the Tories’ rebranding under Cameron. His comments come after Labour leader Jeremy Corbyn levelled at May that “you cannot protect the public on the cheap”. He was citing the fact that the Tories have cut 20,000 police officers since coming to power in 2010.

Corbyn, during a speech in Cardiff on 4 June, said if he was PM:

Our priority must be public safety and I will take whatever action is necessary and effective to protect the security of our people and our country. That includes full authority for the police to use whatever force is necessary to protect and save life as they did last night, as they did in Westminster in March. You cannot protect the public on the cheap. The police and security services must get the resources they need, not 20,000 police cuts.

The attacks in London, just after 10pm on Saturday 3 June, killed seven and injured more than 40. Three suspects were shot dead at the scene. May said in the aftermath that “enough is enough”, and vowed to “regulate cyberspace to prevent the spread of extremist and terrorism planning”.

But as Hilton said:

police response = fantastic… but fact that in each case terrorists ‘know’ to authorities = scandal… am not interested in towing a party line… I genuinely am sick of all the political BS… been sick of it for years, even when I was at the heart of it…

The buck stops with May

The three most recent UK terror attacks have all had several common denominators; one of the most questionable being that the suspects in each (Khalid Masood, Salman Abedi and an unnamed London Bridge suspect) were known to, or had been reported to, security services. As was the case with the killers of Lee Rigby.

Another common denominator is that May presided over all these incidents as either Home Secretary or PM. So serious questions must be asked of the security service’s ability to successfully cope with its caseload. And more importantly, May’s ability to keep this country secure. Because the buck on terrorism has for seven years quite literally stopped with her.