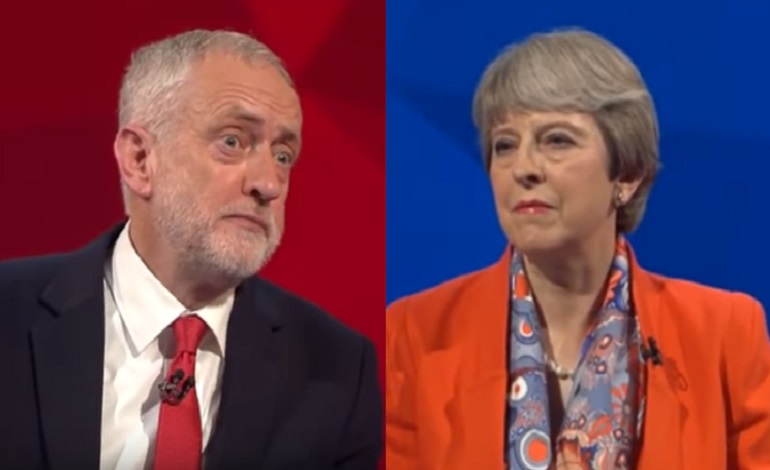 The Conservative Party has been caught spreading fake news about the Labour manifesto. In an email campaign on Saturday 3 June, passed to The Canary, the Tories have been pushing a completely inaccurate Labour policy. One which was debunked on 31 May.

The Tories are claiming Labour is proposing a ‘Garden Tax’, costing every homeowner in the UK up to £3,837 extra in tax. The email from the official Conservative campaign account, signed by party Chairman Patrick McLoughlin, was as follows:

But on page 86 of the Labour manifesto, it actually says [pdf p86]:

We will initiate a review into reforming council tax and business rates and consider new options such as a land value tax, to ensure local government has sustainable funding for the long term.

The Tories didn’t mention this. Instead, Chancellor Philip Hammond also went on the record about the ‘Garden Tax’. He said:

This is one of the ways in which Labour will tax ordinary families to pay for its profligacy… It is an old favourite of the extreme Left. There is more than a little bit of ideology in this, attacking land on Marxist principles.

But the story is completely false, as website Full Fact debunked on 31 May. It said:

Full Fact went on to say that:

Labour isn’t committing to an extra tax on people’s gardens… Some media outlets have dubbed it a ‘garden tax’, as The Daily Express did… The government did similar kinds of things during the recent revaluation of business rates. It offered transitional protection and reliefs for specific types of business, like pubs.

It also shows that the Tories and the media have been essentially misleading the public. Specifically by:

There would be winners and losers from replacing Council Tax with a Land Value Tax, but that doesn’t mean that you would necessarily lose out compared to the other options.

The Labour Party said in a statement:

Labour is the best and only option for working people. We would ensure that tax on property remains low, while the Conservatives cost you more. We won’t be taxing people’s gardens. The Tories are throwing around false claims to try and distract from their own policies.

In other words, there is no such thing as a ‘Garden Tax’. For the Conservatives to push that idea is a sign of the creeping desperation engulfing the party. With the polls now looking grimmer for Theresa May on a daily basis, and only three days of campaigning left, the Tories will resort to any means necessary to try and derail the Corbyn machine. But at present, all their attempts are falling flat on their backsides.