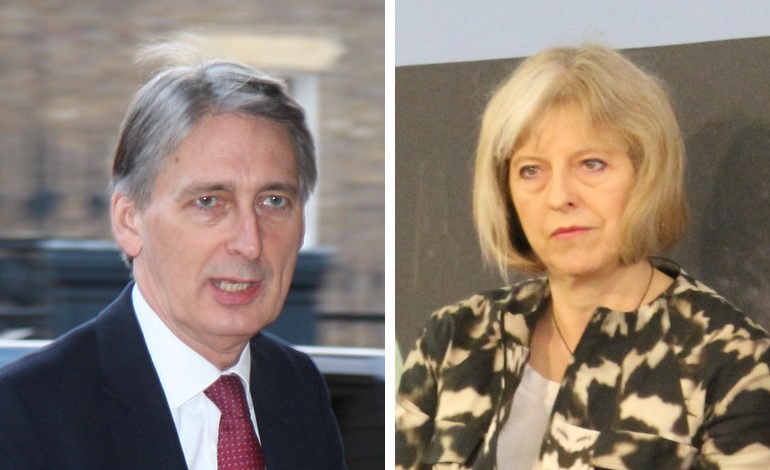 The relationship between Saudi Arabia and the Tories has come to the fore again in the wake of the London attacks. Members of the public have urged Tory ministers to rethink their cosy accord with the kingdom due to its reputation as a state sponsor of terror.

But now, The Intercept reports that Tory politicians have received just shy of £100,000 in gifts, trips and fees from Saudi Arabia. The kingdom paid this cash to them as it was obliterating the Middle East’s poorest country, Yemen. And it did so while the UK government was approving arms sales to the country of around £3.5bn.

In contrast, Labour has pledged to suspend arms sales to Saudi Arabia until there has been an independent, UN-led investigation into its conduct in Yemen. And it will stop arms sales with countries where there is concern that the use of such arms will violate international humanitarian law.

Saudi Arabia is also the regime that threatened the UK with “another 7/7” and the loss of “British lives on British streets” in 2006, according to court documents. Prince Bandar, the head of the Saudi national security council at the time, allegedly threatened to withhold intelligence if UK investigators didn’t drop a corruption investigation into the regime’s arms deals.

The Intercept found the payments in the Register of Members’ Financial Interests. It discovered £99,396 worth of payments to Tory MPs from Saudi Arabia since the country’s assault on Yemen began. These include a food basket gift from the Saudi Embassy to MP Charlotte Leslie, worth approximately £500. The Conservatives made Leslie the Vice President of their Middle East Council in October 2015.

Gifts also include a £1,950 watch handed to Chancellor Philip Hammond. The Chancellor was Foreign Secretary when he received the expensive watch from the kingdom in 2015. This caused controversy, mainly because rules state that ministers cannot take gifts of that kind. But Hammond argued that the Saudis gave him the watch in his capacity as an MP, not as a minister.

Sheikh Marei Mubarak Mahfouz bin Mahfouz handed the watch to Hammond after a Magna Carta ceremony in the latter’s Runnymede constituency. Saudi Arabia had already been bombing Yemen for months by the time Hammond accepted the watch at the human rights celebration in 2015.

Getting to know you

Much of the Saudi money splashed on the Tories, however, covered visits from MPs to the kingdom. The Intercept‘s Lee Fang wrote:

The Saudi Arabian government has also picked up the tab for four expense-paid junkets taken by Tory lawmakers to visit the kingdom since the Yemen war began. The costs for accommodation, travel, and meals for the lawmakers range from £2,888… to £6,722… At least 18 conservative lawmakers have participated in the trips, according to the register of financial interests.

Conservative MP Rehman Chishti also earned £2,000 a month as an adviser to the Saudi-based and state-backed King Faisal Center for Research and Islamic Studies. Chishti has consistently peddled Saudi propaganda in the Commons, while on the payroll of the Kingdom. For example, the Shia cleric – Shaikh Ali Al-Nimr – was executed in January for peacefully demonstrating against the Saudi government. Yet Chishti claimed that the man was a terrorist with direct links to Lebanon’s Hezbollah. His only evidence was an article written by a convicted criminal with close ties to the Saudi government – Joseph Braude. And this article’s only evidence was ‘Saudi sources’.

Meanwhile, the Tories are delaying the release of the findings of an inquiry into the foreign funding of extremists. The government said it would release the findings in 2016. But now, Theresa May’s government says it won’t make it public until after the election. And a Home Office spokesperson admitted that officials may never publish it due to its “very sensitive” contents.

People suspect that the report focuses on Saudi Arabia. Mainly because the state ideology of the kingdom – Wahhabism – is the same one that inspires groups like Daesh (Isis/Isil). And the country has spent approximately $100bn spreading this ideology around the world. At the same time, members of the country’s elite have long supported extremist groups. As WikiLeaks revealed in one leaked cable, the US government privately admitted that “donors in Saudi Arabia constitute the most significant source of funding to Sunni terrorist groups worldwide”. WikiLeaks also published a cable that showed Hillary Clinton believed the Saudi government was giving “clandestine financial and logistic support” to Daesh and other extremist groups as early as 2014.

Nonetheless, the UK government approves billions of pounds worth of arms deals with the country. And Tory MPs accept gifts from the country. Then, when terrorists attack our country, it screams blue murder about how Britain is “too tolerant of extremism”.

That’s how the current UK government appears to ‘lead’ in these troubled times, by trapping us in a losing battle. It’s now high time that people in the country join together, and start voting for a different approach.