Theresa May sent the Culture Secretary to defend her police cuts. It did not go well. [VIDEO] - The Canary 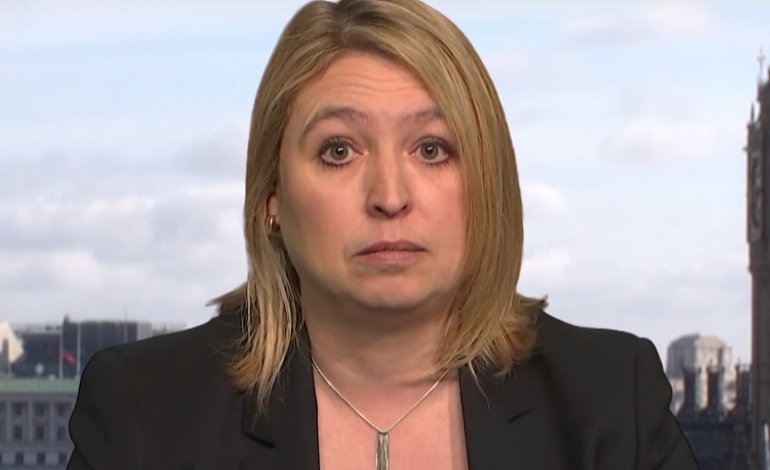 Culture Secretary Karen Bradley appeared on Good Morning Britain and was questioned about terrorism in light of the London Bridge attack. The interview didn’t go well.

She also suggested there are more specialist officers on the streets, which former Metropolitan Police chief Peter Kirkham has exposed as a lie.

But Bradley’s statements about Saudi Arabia are perhaps more disturbing. She refused to say, for example, whether the government would halt its selling of arms to Saudi Arabia. In light of the London terrorist attacks, a number of commentators have sought to bring focus onto the country’s role in spreading extremism.

The Saudis’ state ideology is Wahhabism. And as The New Statesman writes, “the narrowness of the Wahhabi vision is a fertile soil in which extremism can flourish”. With this in mind, it is no coincidence that both al-Qaeda and Daesh (Isis/Isil) follow this ideology. In fact, one senior Qatari official has even claimed that the latter began as “a Saudi project“.

Bradley, however, defended the UK’s relationship with Saudi Arabia, suggesting that the alliance “saves far more lives than anything else”.

The promotion of Wahhabism in the UK

Wahhabism is an ultra-conservative brand of Islam which is dominant in Saudi Arabia. Strict Wahhabis regard all those who don’t follow the doctrine as enemies and heathens. While Saudi-funded mosques form a tiny minority of mosques in Britain, the number of these institutions reportedly increased from 68 in 2007 to around 110 in 2015.

In July 2013, the European Parliament emphasised that Wahhabism is the main source of global terrorism. And in 2015, German vice-chancellor Sigmar Gabriel said:

We have to make clear to the Saudis that the time of looking away is over. Wahhabi mosques all over the world are financed by Saudi Arabia. Many Islamists who are a threat to public safety come from these communities in Germany.

Gabriel’s statement made headlines, not because the allegation was a new one, but because it’s rare for a European leader to criticise this Western ally so openly. But Karen Bradley avoided making such a clear connection. She said:

I think any mosque promoting radical extremism… is one too many and we need to work with communities to make sure we drum out that kind of extremist ideology.

Later, on a BBC Radio 4 appearance, she also refused to accept calls for the government to publish a delayed report about the potential funding of extremism from Saudi Arabia.

Bradley’s message that our relationship with Saudi Arabia is positive is the Conservative Party line. Perhaps in part because of the gifts, trips and fees Tory MPs have received from Saudi Arabia. But the relationship is contradictory, because it places platitudes about cracking down on terrorism alongside refusals to combat the root causes of terrorism. As independent journalist John Wight writes:

Let us be clear: Britain’s longstanding alliance with Saudi Arabia benefits nobody apart from UK arms companies and their shareholders. It is undeniably an alliance inimical to the country’s security, bringing its entire political establishment into disrepute as a consequence.

Jeremy Corbyn’s Labour Party has pledged to suspend arms sales to Saudi Arabia until there has been an independent, UN-led investigation into its conduct in Yemen. And it will stop arms sales with countries where there is concern that the use of such arms will violate international humanitarian law.

Theresa May, meanwhile, defends the UK’s close relationship with Saudi Arabia by claiming that we depend on the country for “security” and “prosperity”. Since the war in Yemen broke out in March 2015 – a conflict in which more than 60% of civilian deaths have been caused by Saudi-led airstrikes – the UK has sold £3.3bn worth of arms and related equipment to Saudi Arabia.

Where is the morality in providing weapons to devastate a foreign country in order to make your own country more secure and prosperous? Especially when it’s only arms companies that prosper, and the country receiving the weapons pushes the ideology that contributes to extremism back home.

Behind the reassuring soundbites is a Conservative Party which ultimately looks after profits more than people, both at home and abroad. This week, Britain can decide whether or not it wants that party to remain in power.