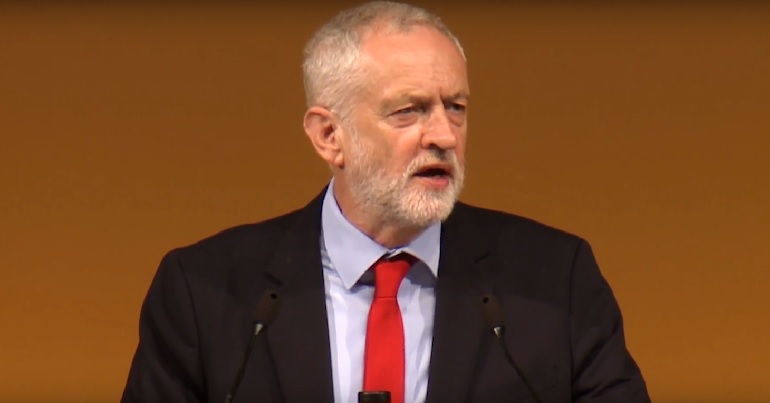 The Water Services Regulation Authority (Ofwat) told the BBC on 19 June that some of Britain’s largest water companies had caused “real hardship” last winter through bad planning and lack of support. It also insisted that there was “no excuse for this level of failure”.

In this context of privatised failure, a video from Labour leader Jeremy Corbyn acts as a rallying call to take back control.

“The privatisation of water has failed”

We need a government that ends the continual privatisations and deregulations of the past 30 years – which has allowed a tiny elite to grow obscenely rich on the back of everybody else.

And speaking specifically about water, he insisted:

Whichever way you look at it, the privatisation of water has failed. It’s been bad for workers in the industry; bad for billpayers. The only people it hasn’t been bad for are rich shareholders who extract huge amounts in dividends and interest payments on the back of household bills.

Talking to the Observer back in February, shadow chancellor John McDonnell also clarified Labour’s policy of renationalisation. Speaking out against private water companies, he said:

It is a national scandal that since 2010 these companies have paid billions to their shareholders, almost all their profits, whilst receiving more in tax credits than they paid in tax… These companies operate regional monopolies which have profited at the expense of consumers who have no choice in who supplies their water…

The next Labour government will call an end to the privatisation of our public sector, and call time on the water companies, who have a stranglehold over working households. Instead, Labour will replace this dysfunctional system with a network of regional, publicly owned water companies.

And the majority of the British public appears to back these plans. As one YouGov poll in 2017 showed: 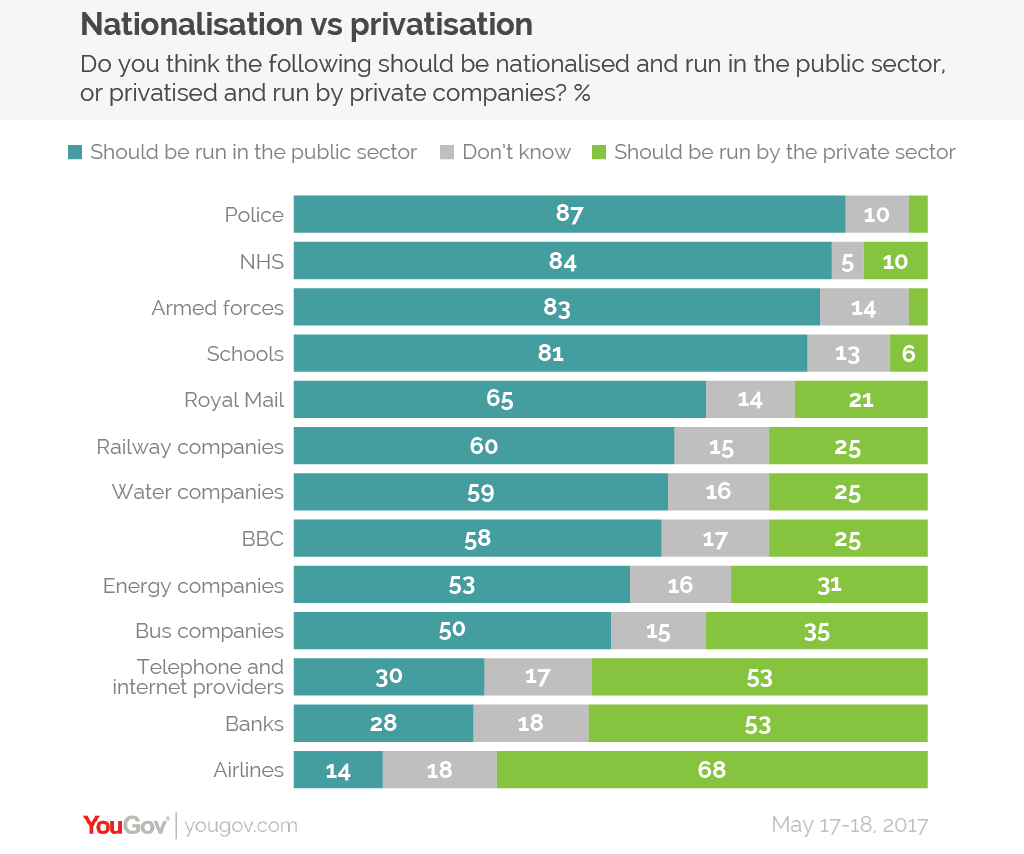 The global battle for water

Other countries are also fighting against water privatisation.

In Mexico, presidential elections are coming up on 1 July. And centre-left candidate Andrés Manuel López Obrador (aka ‘AMLO’) looks set [Spanish] to win. He has promised [Spanish] not to undertake nationalisations if he wins, but has also insisted [Spanish] that he won’t privatise water. Just before the elections, however, it looks like the country’s neoliberal political establishment is making a last-minute power grab, with the current government taking steps [Spanish] towards further water privatisation. Experts say [Spanish] the army could step in if people protest.

Mexicans already know what water privatisation can bring. As the New Internationalist has explained, people in one state with privatised water pay ten times more than elsewhere in the country, and still face water shortages. And in another state, Coca-Cola is reportedly sucking wells dry to produce its drinks – creating a health and environmental disaster in the process. So it’s no surprise that there’s been consistent opposition to attempts to put water even further into private hands.

In fact, there are debates around the world about the pros and cons of privatising water. But the conclusion is often the same. As public interest organisation Food & Water Watch explains in detail:

Organisations like the World Bank have reportedly pushed for privatisation of water in Mexico and elsewhere. But the Pacific Institute thinktank insists that “privatization is not the bright line dividing success and failure”. In short, it is not the magic wand that neoliberal politicians and institutions would like us to believe it is.

Privatisation of public resources remains high up on the agenda of the neoliberal right. Because if you can get away with privatising such a fundamental resource as water, what can’t you privatise?

Britain, however, is clearly sick of politicians flogging key industries off into private hands. And many people around the world feel the same.

In this context, Corbyn’s right. It’s time to take the power back.

– Ask your MP about their position on water renationalisation, and tell them yours.