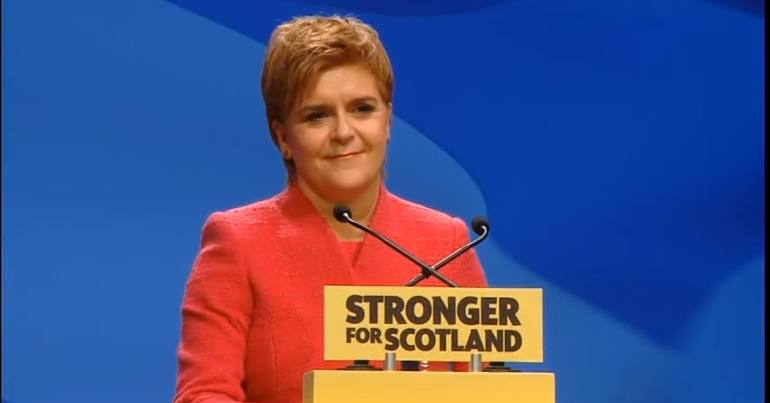 On 22 August, the Scottish government published its latest Government Expenditure and Revenue Scotland (GERS) report. The GERS is often wrongly used to ‘shed light’ on the Scottish independence debate by right-wing tabloids. The Daily Express didn’t wait long to bleat calls for Scottish first minister Nicola Sturgeon to “halt her independence crusade”. In fact, just 24 hours after the GERS was published, the Daily Express went in for the attack.

The GERS report estimates public service revenue raised in Scotland under the current constitutional framework of the United Kingdom. Yet the Daily Express used it to showcase Scotland’s 2017/18 net deficit of £13.4bn, which is 7.9% of GDP. It went on to state that this was four times higher than the UK’s 1.9% last year – despite a lift in North Sea oil revenue.

For Scotland, it all sounds doom and gloom. But there’s no mention by the Daily Express of Scotland’s rise in economic activity above the UK’s performance. Moreover, it neglects to acknowledge the fact that the GERS would not predict how successful an independent Scotland could be.

For the Daily Express, omitting such facts seems either rather forgetful or entirely politically motivated:

What is the GERS report?

The Scottish government is responsible for publishing the GERS annually and has done so since the devolution settlement in 1999. Conservative ministers in the Scotland Office originally set up the GERS in 1992 under John Major’s government. As reported by the BBC, it was meant to help “inform” the debate on devolution, but most notably “it would help them make their case against a Scottish Parliament”.

As asserted by the Fraser of Allander Institute in 2017, the GERS report:

estimates the contribution of public sector revenue raised in Scotland toward the public sector goods and services provided for the benefit of the people of Scotland.

The latest year will cover 2016-17. It therefore takes the existing constitutional settlement as given and the various constraints and protections that this brings.

The report does not include private sector revenue. But from what it does cover, the GERS is “independently judged to be methodologically sound and produced free of political interference”.

The GERS as a predictor for an independent Scotland

One way of looking at them [GERS figures] is to measure how big Scotland’s deficit would be, if the country were to have been both independent and if its public finances were performing exactly as they did within the UK.

It would probably perform rather differently if Holyrood pulled the tax, spending and borrowing levers in different ways to the Treasury in London. It could have pulled those levers in a smarter way, or left a bigger deficit.

Sturgeon explained the issue of using the GERS as a predictor for independence to Tory MSP Liam Kerr in 2017:

The Daily Express and political opportunism

The Daily Express seems to be following the cavalierly calls of Scottish Conservative leader Ruth Davidson to attack Scottish independence. Davidson took to Twitter yesterday to ‘blast’ the “£13 billion pound black hole” in Sturgeon’s independence plans. But what the Daily Express failed to research was the validity of its assertions in relation to an independent Scotland.

In fact, it has painted Scotland’s finances as doom and gloom. So perhaps the United Kingdom doesn’t work for Scotland. Perhaps the status quo needs to be broken.

What’s interesting is how the Daily Express isn’t more concerned about the ‘no deal Brexit’ that the BBC has revealed the UK government is preparing for. That’s likely to have a much more “catastrophic” outcome on the people of Scotland and the rest of the UK.