The BBC apologises to Scottish viewers live on air, and Twitter descends into a stooshie - Canary 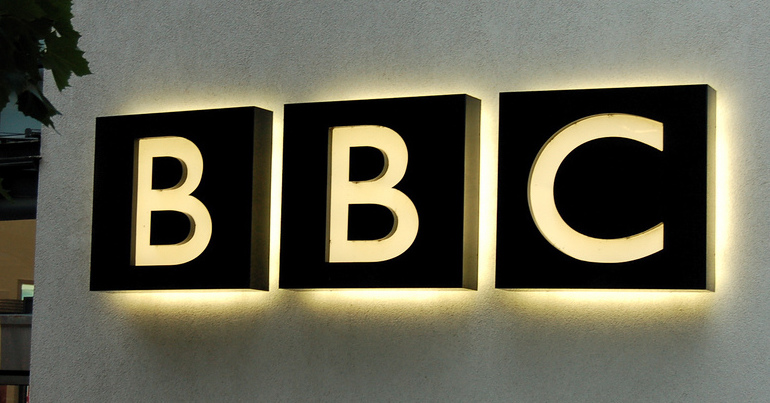 On 23 August, the BBC issued an apology live on air. BBC News at One had incorrectly covered findings from the Government Expenditure and Revenue Scotland (GERS) report on 22 August, claiming that the Scottish government had “spent nearly 13 and a half billion pounds more than it raised”.

📺 @BBCNews has apologised for how it covered #GERS yesterday. They reported @ScotGov spent £13.5 billion more than it raised. This is incorrect as that figure covers *all* public sector expenditure in Scotland, including areas controlled by @number10gov and other public bodies. pic.twitter.com/dcR8fgKDYv

BBC News originally claimed the Scottish government had spent £13.5 billion more than it had raised in revenue. However, that figure includes [paywall] all public expenditure in Scotland. It takes in all reserved areas that the UK government is responsible for and spending from other public bodies.

The BBC‘s apology came after SNP MSP Paul Wheelhouse called out the inaccuracy on 22 August:

This is disgraceful @BBCNews – Your presenter clearly states that GERS says “…the Scottish Government last year spent nearly £13.5Bn more than it raised…”. This is a really serious factual error & I expect to see a equally prominent/high profile apology to @DerekMackaySNP! pic.twitter.com/GbAgpSw5vV

So, Wheelhouse tweeted his appreciation of the BBC‘s “classy approach” and thanked the team for writing to him privately:

Fair play to @BBCNews for correcting yesterday’s mistake & doing so in a way that’s equally likely to have been seen by the same audience. I appreciate that move -a classy approach & thank the team also for writing to me privately to explain how they have addressed my concerns.👍 https://t.co/IwheUmo8Jy

Scottish independence supporters were surprised by the apology being delivered in such a prominent way. The BBC‘s news coverage is often met with cynicism by SNP voters after a catalogue of accusations of pro-UK bias. In February 2017, the Herald conducted a poll which found [paywall] only one quarter of those asked felt the BBC was impartial on “issues surrounding [Scottish] independence.”

Wonders will never cease. All it took was it being called out by an elected representative & an issue made of it. Imagine if we did that EVERY TIME they pull this kind of shit? How many apologies before people started to see that they're at it?

One voter demanded to know who made “that mistake” in the first place:

Who made “that mistake”? Who loaded the autocue with drivel? We pay their salaries. If a @scotgov representative came out with guff like this he/ she would be mercilessly pilloried. It’s long overdue to #BBCSwitchOff

And another expressed concerns about how BBC News allowed such an “error” to be broadcast:

Its amazing how an organisation this size can make an error like this with all the technology and staff that should be scrutinised information before being past on to the public what disgrace. But they knew what they were doing lets not be fooled.

Most noteworthy, one voter highlighted how BBC Scotland apologised for a similar error in 2016:

@BBCNews admitted they misled viewers about GERS in 2016, obviously they paid no heed and continue to mislead viewers. #BBC pic.twitter.com/guOjDe44SW

The Tories and tabloids

Davidson had tweeted similar claims about the GERS report:

Today's #GERS figures – straight from the Scottish Government – confirm the benefits of union. £1576 more spend per head than rest of UK. https://t.co/KmtYe7SAWw

On 23 August, SNP MSP Christina McKelvie took to twitter to call out Davidson on the need for an apology:

So now that the BBC has apologised when will @RuthDavidsonMSP and her pals apologise too for the fake news they spouted yesterday? #NotHoldingMyBreath

Right-wing tabloids, including the Scottish Daily Express, had also joined in:

And the Scottish Sun said:

But interestingly, the Scottish Sun did manage to cover the BBC apology:

BBC apologises for mistake on ScotGov overspend – and Indy supporters are stunned https://t.co/FNWJN2edhD

The Scottish Conservatives should be as bold as BBC News and admit they made a mistake. But as McKelvie said, many voters will not be holding their breath.