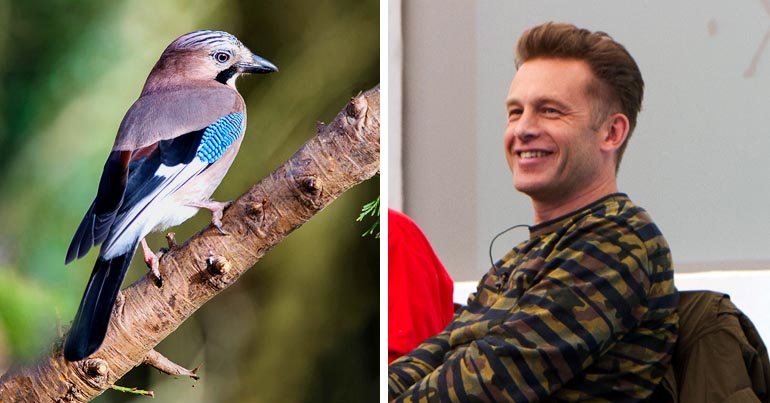 Wild Justice’s first fundraiser has almost reached its target less than a week after launch. And it shows just how concerned the public is about the treatment of England’s birds.

Wild Justice launched its crowdfunder to challenge “the casual killing of birds” in court on 15 March. It asked for £36,000 towards the cost of a judicial review of Natural England’s (NE) general licences. Wild Justice says these licences permit the “largely unregulated” killing of millions of wild birds.

As the Guardian reported, shooters and trappers can kill species including jays, Canada geese, and non-native parakeets and don’t need to offer non-lethal alternatives. They can legally justify their actions with reasons including crop damage and safety risk to humans. James Diamond, NE director of operations, told the Guardian that general licence applications “are carefully considered… and are only granted when all other measures have been explored”.

But Wild Justice is taking the general licence to task in its first project since the group launched on 12 February. Chris Packham, former RSPB conservation director Mark Avery, and Ruth Tingay – founder of influential blog Raptor Persecution UK – head up Wild Justice. And it believes that the current licensing system is “unlawful” because it puts the choice of method for tackling problems with birds “in the hands of the general licence user.”

As a result, Wild Justice said it wants NE to develop “a legal system for regulating and monitoring the killing of birds”. And it’s taking the first step towards this by seeking a judicial review.

By the morning of 19 March, more than 900 donors had pledged over £27,000. And comments left on the crowdfunding page show why people have been so generous.

John, for example, said general licences need to be challenged because he believes they are “often abused”:

Catherine said she pledged because she’s “appalled that innocent birds are casually being killed”:

And Sanjay wants his donation to help “younger generations… see these beautiful birds for years to come”:

These comments are just three of hundreds that display a desire for wild birds across England and the UK to receive more humane treatment. As Lush media producer Charlie Moores said, Wild Justice has clearly “struck a chord” with its first campaign.

Public outcry over the practice of ‘netting’ also shows a growing concern about the treatment of birds.

On 28 February, Partner Construction’s placement of nets over hedges in Winterton, Lincolnshire, where the company sought planning permission, went viral on social media:

Hi @ChrisGPackham Is this legal? A construction company has covered hedgerows with netting in areas they are hope to get planning permission for new houses to deter birds from nesting there in case they can begin construction during the nesting season TY https://t.co/CzCADen7H9

It caught the attention of celebrities like Packham, as well as the national media. Opponents of the practice described it as a “wildlife trap” and an “unnecessary attack on the natural world”. They highlighted its particular impact on birds, with one video showing birds trapped inside the netting. Partner Construction confirmed the netting was to prevent birds from nesting, saying it:

is a common practice… and the aim is to ensure birds find somewhere else safe and secure to nest.

On 4 March, GrimsbyLive reported that Partner Construction removed the netting after it was allegedly tampered with. But by this point, the public had begun calling out the practice elsewhere in the UK. Outrage grew at netting on hedges near Nottingham, in Chester, and just outside of Worcester, as well as on trees near Guildford:

One of several trees netted in Guildford to stop birds nesting. So upsetting. pic.twitter.com/5p347nqnPI

Campaigners even started a petition to make netting a “criminal offence”.

A Tesco store in Norwich also faced criticism. The supermarket had installed nets to stop swallows nesting in outdoor rafters. Tesco told the Eastern Daily Press that it followed “advice from experts” to “address health and safety concerns” over droppings on trolleys. It also said that space had been cleared for swallows at the back of the building. But bird experts pointed out this wouldn’t work because swallows return to the same spot every year. Then, after huge public pressure, the store “temporarily” removed the netting.

We can change this

Public reaction to the treatment of birds has displayed a growing awareness of the problems that they experience at the hands of humans. On the one hand, many are rightly horrified at the arbitrary killing of common (and not-so-common) species. On the other, disrupting birds’ homes just so we can build more for ourselves has also incensed people.

This cresting wave of attention has no doubt played a big role in the success of Wild Justice’s fundraiser. And the group’s public engagement shows that the movement reflects much wider public opinion. Crucially, it opens the door to seriously confronting issues that previously had remained under the radar.

Grouse shooting and raptor persecution have been banner causes for many years. But now, efforts by Wild Justice and other campaigners have raised awareness that human behaviour threatens even much-loved species such as jays and swallows. And they show we all have the power to change that.