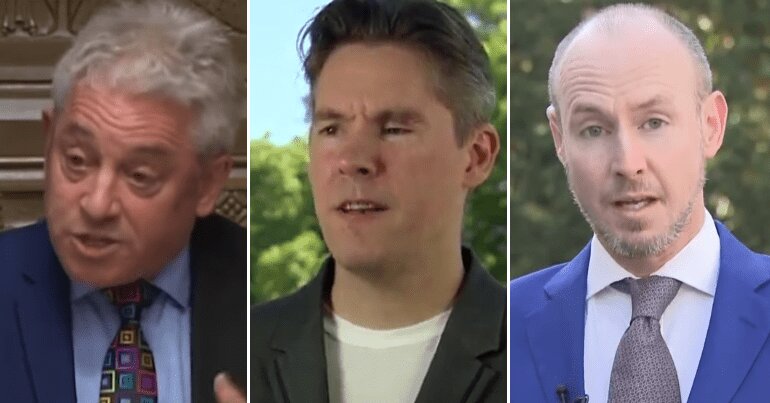 Pro-establishment hacks have been tearing their hair out over parliamentary speaker John Bercow’s Brexit ruling.

The rule-book is clear

On 18 March, Bercow announced that Theresa May cannot table a third binding vote on her Brexit withdrawal agreement without introducing significant legal changes. In other words, MPs have already rejected May’s deal twice in the greatest and fourth greatest government defeats in history. So Bercow, who is essentially the Commons’ referee, has now invoked a parliamentary rule that states:

A motion or an amendment which is the same, in substance, as a question which has been decided during a session may not be brought forward again during that same session.

May’s apparent strategy has been to run down the clock towards no-deal in order to blackmail MPs into supporting her withdrawal agreement. But Bercow’s ruling seems to have scuppered her plan. And it’s safe to say that members of the pro-Brexit establishment are p*ssed off.

This is what the Speaker said a few weeks ago when he allowed a Remainer amendment. He was cheered by the same people cheering him now. Marvel at the EU’s #HideousStrength. It doesn’t just subvert national institutions. It undoes its supporters’ capacity for fairness or logic. pic.twitter.com/1dREIMaZjx

The right-wing pro-Brexit media, meanwhile, went straight for its playbook and painted Bercow as a “Remainer” saboteur:

Speaker getting one of the biggest kickings in Fleet Street history tonight… but it is these papers that created this mess, not him. They misled readers and led them to disaster. pic.twitter.com/CsAjxMO61T

Yet May is the prime minister who negotiated a deal with 27 EU member states before even getting agreement on her own side first.

Mail on Sunday commentator Dan Hodges has been ranting on Twitter since the announcement:

The reality is, when it looked like May would lose the votes, Bercow was prepared to allow them. As soon as it looked like she might win the vote, he blocked it.

And again. The British people will wake up tomorrow to see their chance of moving forward on Brexit has been vetoed by the Speaker of the Commons citing a precedent from 1604. This can’t go on much longer.

But Bercow isn’t actually citing a precedent. He is upholding an official parliamentary rule that at least four different speakers have reasserted over the years. Ultimately, the speaker decides whether a motion is substantially different enough. And Bercow argued that the second vote met the requirements:

In my judgement that second meaningful vote motion did not fall foul of the convention about matters already having been decided during the same session.

This was because it could credibly be argued that it was a different proposition from that already rejected by the House on January 15.

It contained a number of legal changes which the government considered to be binding and which had been agreed with the EU after further intensive discussions.

Downing Street was unaware that Bercow’s announcement was coming. And May’s office wasn’t pleased, accusing Bercow of sabotaging Brexit. But May could have negotiated a cross-party Brexit solution that commands a majority in the Commons before agreeing it with the EU. Instead, she took executive control over the negotiations and ignored the views of parliament until the final stage.

In short, Bercow is simply doing his job. And those attacking him look ridiculous. It’s obvious who is to blame for this mess.