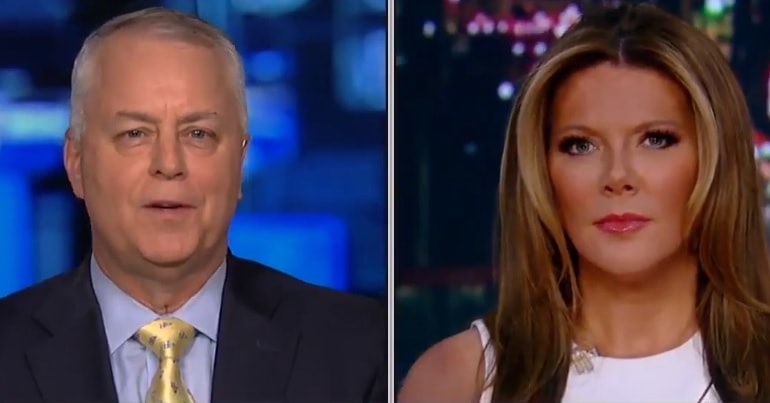 A retired US general seems to have openly advocated invading Venezuela and assassinating its president.

what we really need is… a sophisticated plan much like we had in 1994 with the Haiti invasion.

In 1994, the UN authorised military force in Haiti to undo a previous US-backed coup and return the democratically elected president Jean-Bertrand Aristide to power.

In the current case, Venezuelan president Nicolás Maduro was democratically elected. And there is no UN authorisation to remove him.

As US historian Greg Grandin explained:

The Clinton administration [demanded] that, in return for his restoration, Aristide impose on his country a set of economic policies… [that would] devastate the country’s already impoverished economy—a fact that Clinton himself, after the 2010 earthquake admitted

The US would later overthrow Aristide in 2004.

Tata also said there are “a lot of compelling reasons to be” in Venezuela, including:

a humanitarian crisis of epic proportions. We’ve also got a nexus between Russia, Iran, and Hezbollah, and Cuba there, that – you know they are enemies of our nation – and we’ve also got the world’s largest oil reserves.

These are not legitimate “reasons” to invade the country or even impose sanctions, though. According to the Nuremberg Tribunals after World War II, launching a “war of aggression” is the “supreme international crime”. This is because it is the offence which contains within itself “the accumulated evil of the whole” (e.g. rape, torture, murder, mass murder, ethnic cleansing).

Tata also seemed to suggest that the US could assassinate Maduro.

we’ve got the armed teeth of the 18th Airborne Corps that is bearing down on [the Venezuelan capital] Caracas. And the very well known places that Maduro hides out, we can target those pretty surgically.

He later suggested that if ‘diplomatic’ efforts (i.e. the criminal sanctions and isolation the US is imposing on Venezuela) fail, then:

[Maduro] can watch the movie ‘Zero dark thirty‘ and, you know, figure out what happened to Osama bin Laden [he was assassinated]… We have the capability to get in there and do what we need to do to remove Maduro.

[Maduro] needs to understand that a bullet to the forehead may be his way out of Venezuela. So I mean that’s just the bottom line. And we have that capability. And if we’ve removed our diplomats, that’s a real key indicator warning that we’re getting ready to tighten the screws on the Maduro regime.

Though retired, Tata is part of the US military establishment. And his words should help to remove any lingering doubt that the US is flexing its imperialist muscles yet again in Venezuela.