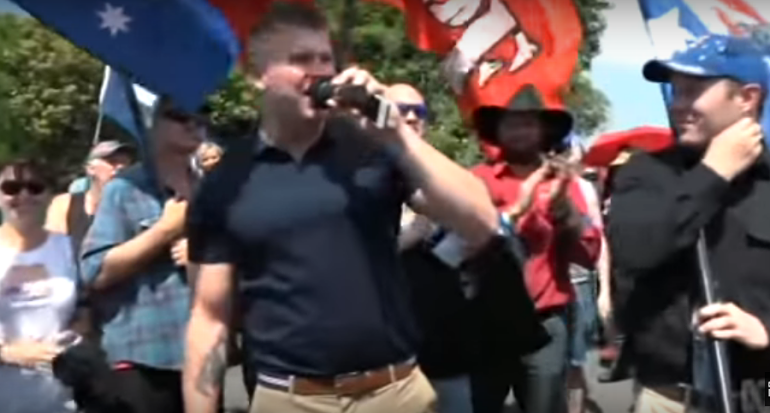 The massacres in the New Zealand city of Christchurch saw at least 50 people murdered and many others severely injured. Australian man Brenton Tarrant has been charged with these crimes. The hatred he displayed via his manifesto and actions, however, does not come from nowhere. Instead, a range of sources fed into it.

In Tarrant’s own country of Australia, for example, there are a multitude of fringe groups that purvey similar hatred. Some of the key players in those groups are identified below, thanks partly to the work of anti-fascist researcher and seasoned blogger Andy Fleming, with whom The Canary is in contact.

Australian senator Fraser Anning, who sits as an independent but was once a representative of the far-right One Nation party, immediately launched into victim-blaming. In response to the Christchurch massacre, he tweeted: “Does anyone still dispute the link between Muslim immigration and violence?”

And he added in a statement

As always, left wing politicians and the media will rush to claim that the causes of today’s shootings lie with gun laws or those who hold nationalist views, but this is all cliched nonsense. The real cause of bloodshed on New Zealand streets today is the immigration program which allowed Muslim fanatics to migrate to New Zealand in the first place.

A 17-year-old boy later egged Anning, who then punched him hard in the face – twice. At least two young men who appeared to accompany Anning then set upon the boy, kicking him in the head and placing him in a stranglehold.

According to Fleming, far-right activist Neil Erikson was responsible for the security of the meeting attended by Anning. He and his far-right associate Ricky Turner, and up to three others, then helped restrain the egg thrower.

Here is a photo (supplied by Fleming) of members of the far-right ‘Proud Boys’ entering that meeting: 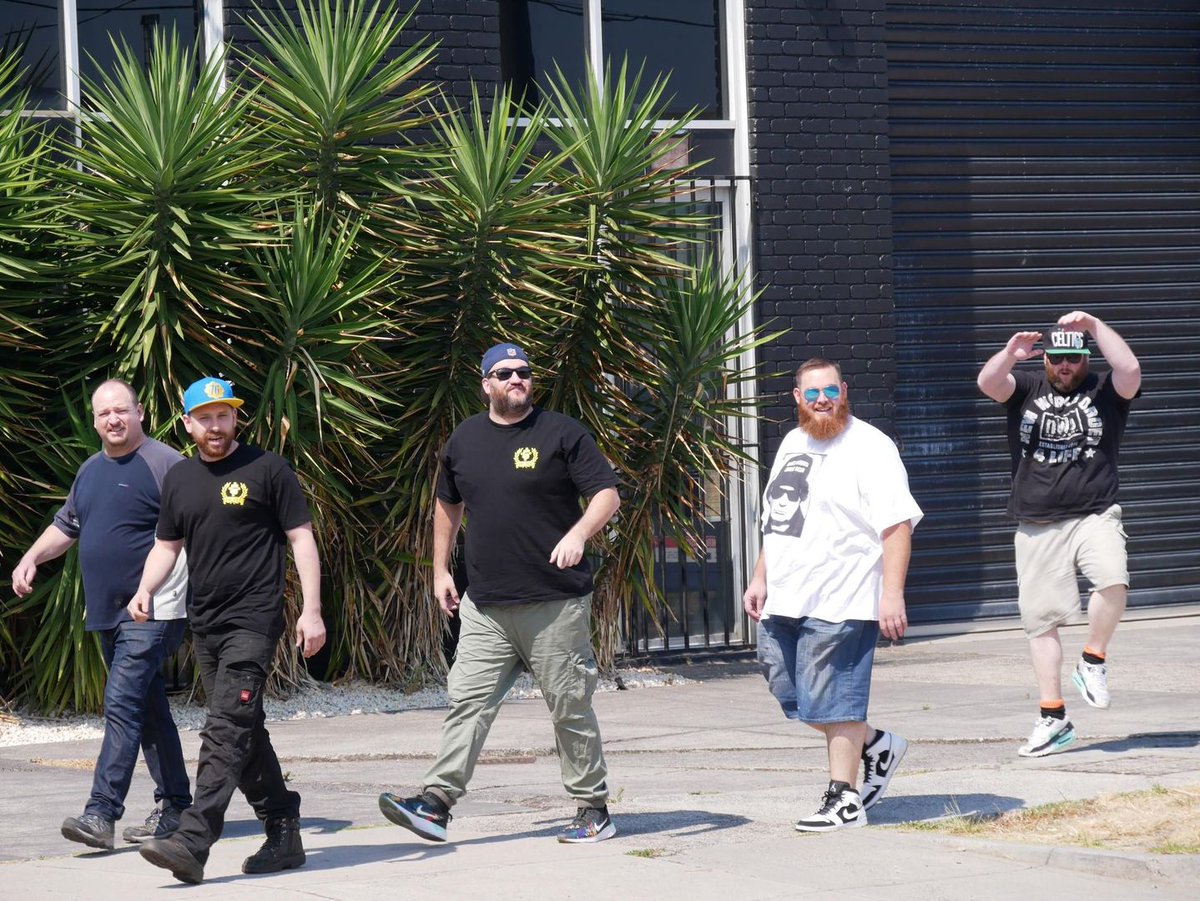 Security managed by a convicted racist

Erikson was one of three activists previously convicted of inciting serious contempt of Muslims after they videoed a mock beheading in protest against the building of a mosque in Bendigo. The other two convicted were Blair Cottrell (also in attendance at the Anning meeting) and Christopher Shortis.

In 2016, Erikson and others, who referred to themselves as the Party for Freedom, dressed as Muslims to disrupt a service at Gosford Anglican church, known for its support for multiculturalism and refugees. The Party for Freedom claims it wants to “Make Australia Great Again” and has held rallies in support of Trump and against Muslims.

According to Fleming, Erikson is due back in Melbourne Magistrates’ Court on 13 May to face charges of riot/assault/affray during the December 2017 Milo Yiannopoulos tour. Also facing charges are sidekicks Turner and Richard Whelan. In response to the terror attack in Christchurch, so-called ‘alt-right‘ Yiannopoulos (now banned from Australia) said that “the establishment panders to and mollycoddles extremist leftism and barbaric, alien religious cultures”.

Convicted arsonist Cottrell, meanwhile, helped set up the anti-Islamic United Patriots Front (UPF). He gained notoriety when he demanded every school in Australia make available a copy to students of Hitler’s Mein Kampf. He is an avowed neo-Nazi, misogynist and antisemite.

Another key figure in UPF was Shortis, who loves to pose with high-powered weaponry.

There are countless other far-right groups in Australia, matched by countless Australian politicians, who are patently ignorant, racist and reactionary. Here’s just one of the many:

Anning, meanwhile, is no newcomer to controversy. In August 2018, he gave his maiden speech to the Senate and advocated a “final solution” (echoing the Nazis) to what he called the “immigration problem”. He also called for a plebiscite to end migration to Australia by Muslims and non-English speaking people “from the third world”. He further called for a return of the ‘White Australia policy’. And then there’s the company he keeps (as seen above).

Australian prime minister Scott Morrison’s condemnation of the massacre, meanwhile, is entirely disingenuous. Because it was only a few years back, when he was shadow immigration spokesperson, that he said his party should ramp up its questioning of “multiculturalism” and appeal to voter concerns about Muslim immigrants and their supposed “inability” to integrate.

Indeed, in many respects, the racist rhetoric of Anning and other Australian politicians – as well as neo-Nazi groups – is not dissimilar to that of the Christchurch mass murderer. Because hate breeds more hate, which in turn can lead to terrorist acts. And all who own such hatred are to blame for its devastating consequences.