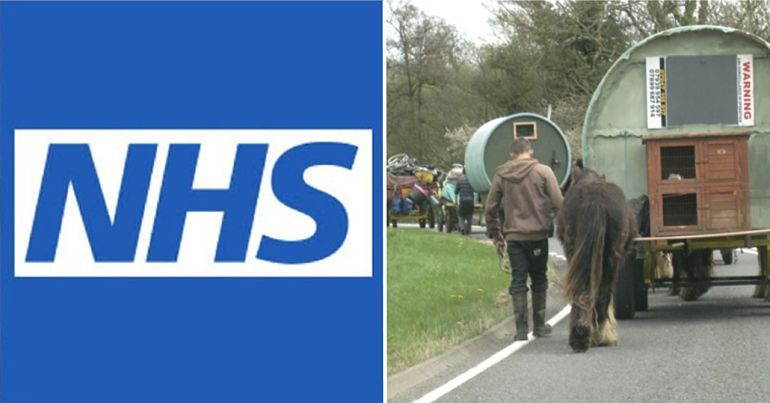 New research from Friends, Families and Travellers (FFT) has revealed that a large number of GP surgeries refused to register people who “didn’t have a fixed address or proof of identity”. This goes against NHS guidelines and could affect thousands of people in the UK. The research indicates that Travellers, Gypsies and other vulnerable groups including refugees and homeless people can’t access basic health care.

Brighton-based FFT works to “end racism and discrimination against Gypsies, Travellers and Roma”. In a press release, it said it carried out a “mystery shopping exercise”. It contacted 50 GP practices “posing as a patient wishing to register who didn’t have a fixed address or proof of identity”. It found that “almost half” of the practices “would not register them”.

This goes against all NHS guidelines, which state:

When applying to become a patient there is no regulatory requirement to prove identity, address, immigration status or the provision of an NHS number in order to register.

NHS guidelines also claim that “You do not have to provide ID when registering with a GP”, and that anyone can register to see a GP “without ‘proof of address’”. Yet the FFT research found that, out of 50 surgeries, 24 refused to register the mystery shopper either as a permanent patient or as a temporary patient. 17 of these said “they would not register people without proof of identification”; 12 refused to “register people without an address”; one only offered online registration; and two failed to answer the phone at all.

The FFT research focused on the “80,000 nomadic Gypsies and Travellers in England”, many of whom have no permanent address. But it also points out that other groups affected by this:

include asylum seekers and refugees, people in contact with the criminal justice system, homeless people, vulnerable migrants and people fleeing from domestic violence.

On the back of this research, FFT produced a report. This highlights that Gypsy and Traveller communities “face some of the most severe health inequalities and poor life outcomes” in the UK.

As FFT’s communications and health policy co-ordinator Sarah Sweeney told The Canary, no one should be refused access to healthcare. She continued:

This has a devastating impact on mums who are trying to access pre-natal care, on women when they find a lump on their breast and find it impossible to get a screening, and on people with poor mental health who can go years without accessing support or treatment.

The report outlines seven recommendations to tackle the issues. FFT and 32 other human rights campaign groups have called on health secretary Matt Hancock to set up a task force.

The letter, seen by The Canary, asks Hancock and NHS England to “develop a clear understanding of why GP practices may be reluctant to register certain patients”. It also insists that GP receptionists and practice managers need full training to understand “responsibilities to patients with no fixed address, no identification or no proof of immigration status”.

It’s vital to remember that this impacts real people and real lives. FFT shared stories from the travelling community with The Canary.

One woman called Kit has been a traveller since 1982. She now lives on a boat without a permanent mooring. In 2013, she found a lump on her breast. But without a permanent address, she had to battle with a GP surgery to get a mammogram. Although negative, two years later she found another lump. This was cancerous, but she still had to undergo a humiliating experience to access treatment. As she explained:

The refusal of the first practice to register me resulted in two things. Firstly, I was unable to access screening. As a result… I went five years without a mammogram between the ages of 50 and 55. I simply could not see how to get screening and felt that there was little point in attempting it. Secondly, the experience I had at the first practice made me reluctant to try again… I only persisted with attempting to register a second time because I knew I actually had cancer.

Tragically, she’s been diagnosed with advanced “stage 3 cancer”. She “asked the consultant if my tumours would have been picked up on a mammogram”. He confirmed, yes. As she said:

I would have been compliant with screenings if I had been able to action them.

The Canary has seen further evidence to highlight GP practices’ poor treatment of members of the travelling community.

Turning people away goes against all NHS guidelines. So this is yet another example of the shocking discrimination against Travellers, Gypsies and some of the most vulnerable people in the UK.