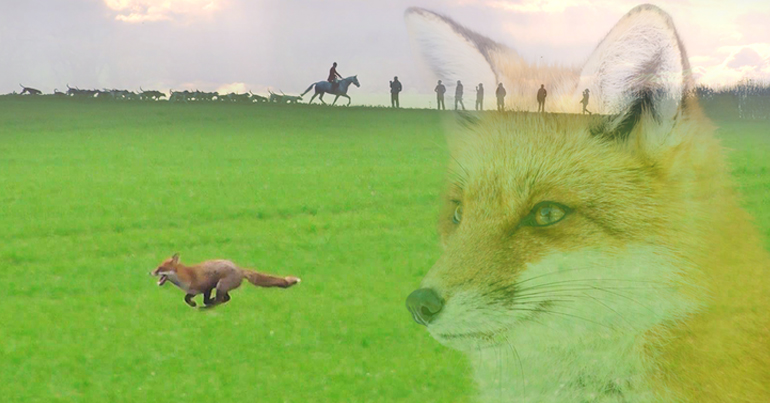 A hunt, whose joint-master is one of England’s richest men, tried appealing a conviction against one of its former huntsmen. But the appeal failed. As a result, hunts across England and Wales will have to reconsider how they hunt.

“Something significant must change…”

George Adams, former huntsman for the Fitzwilliam Hunt, was convicted in April 2018 of illegal hunting. The incident took place on 1 January 2016, when Adams used around 40 hounds to chase and kill a fox. As The Canary previously reported, the case exposed a loophole in the Hunting Act: the ‘falconry exemption‘. This allows hounds to chase a fox out of cover. But a bird of prey must kill the fox once on open ground. Prosecutor Joe Bird at the time described the exemption as a “smokescreen” for illegal hunting.

However, the 2018 conviction came in a magistrates’ court. That meant the outcome of the decision affected only the case ruled on. The Fitzwilliam Hunt subsequently chose to appeal the conviction, and on 24 April a five-day hearing started at Peterborough Crown Court. On 9 May, Judge Cooper returned his decision and upheld Adams’ conviction.

The Fitzwilliam Hunt conviction was the first under the falconry exemption. As such it was a test case for interpreting that part of the Hunting Act. Because a crown court has upheld the decision, the outcome is potentially binding on future cases in magistrates’ courts. That means it will be more difficult for hunts to use the falconry exemption as a “smokescreen” for illegal hunting.

Evidence for prosecution was provided by Beds & Bucks Hunt Sabs and South Cambs Hunt Sabs. In a joint statement on Facebook, they stated that Judge Cooper said in his 9 May summary:

The League Against Cruel Sports (LACS) previously tried to bring a private prosecution under the same exemption in July 2007. However, LACS dropped the case in April 2009.

On 23 April, a member of Beds & Bucks Hunt Sabs described the Fitzwilliam Hunt conviction as a “saga”. So it’s no surprise a statement by the group said it was “clearly very happy” with the 9 May outcome. It went on to point out that:

We hope this finally signals the end of the Bird of Prey or Falconry exemption within the Hunting Act. Other hunts which use this loophole will now have to reconsider their options as they will no longer be considered to be taking part in exempt hunting just by having someone with a bird of prey present. The use of birds of prey alongside hunting with hounds is not, and never was falconry. There are serious welfare issues for the raptors used in this manner alongside the abhorrent cruelty involved in setting 1 or 30 animals against another.

In March, a Cheshire MP said the Hunting Act “has no teeth” and is “significantly lacking” value as a deterrent. The latest ruling takes one step towards shoring up this feeble law.