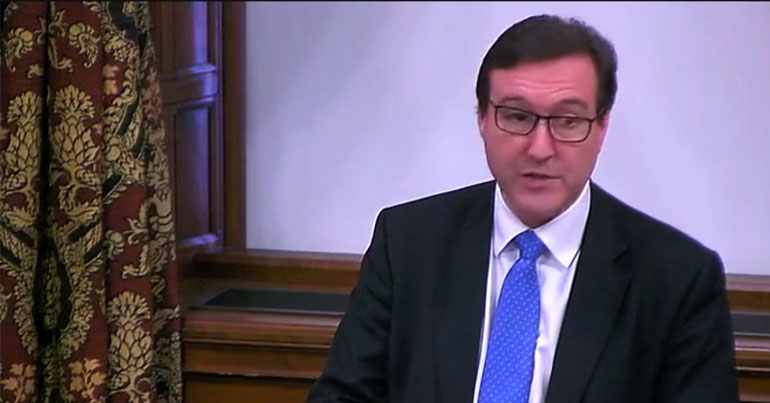 A number of high profile fox kills in Cheshire put the county in the spotlight when it comes to the debates around the Hunting Act. The Canary spoke with Cheshire Monitors, who track and film hunts, to learn more about how this came to be.

A new parliamentary debate on hunting

On 20 March, Chris Matheson, Labour MP for Chester led a debate on wildlife crime in Westminster Hall. He focused particularly on the Hunting Act, which he said “continues to be abused” by hunts. This is because, Matheson said, the law “has no teeth” and is “significantly lacking” any value as a deterrent. He raised points that anti-hunting campaigners have highlighted for years. These included the Hunting Act’s blind spot on hunts chasing foxes and the facade of trail hunting.

Matheson proposed a number of measures to strengthen the Hunting Act. He said that the Hunting Act needs to make “recklessness” an offence “at the very least”. At present, the law requires intent to hunt a wild mammal is shown. A ‘recklessness clause’ would mean hunts could be prosecuted for not preventing hounds from killing. Matheson also suggested limiting the number of hounds permitted by the Act and increasing the maximum penalty for illegal hunting to five years in prison.

But if these measures aren’t adopted, Matheson said that “banning hunting with dogs altogether” might need to be considered.

Matheson’s words reflect demands that many hunt saboteurs and monitors have made. The MP acknowledged the work carried out by anti-hunting activists in Cheshire as having “led my hon. Friends and me to seek this debate”. He referenced a total of six foxes killed by the Cheshire Hunt that were caught on camera by groups including Cheshire Hunt Saboteurs and Cheshire Monitors. And it came on the back of a significant meeting on the issue by Cheshire Police and Crime Commissioner (PCC) David Keane.

As a result, the county appears to be spearheading a challenge to the failures of the Hunting Act. But, as Matheson explained, it wouldn’t be in that position without the work of committed activists. The Canary spoke with Lesley Martin of Cheshire Monitors to find out more about how this stage was reached.

Prior to the Hunting Act, Martin said that “policing was really poor”. Monitors were ignored or treated “like terrorists”. The lack of interest gave confidence to local hunts, with one League Against Cruel Sports monitor viciously attacked. There were still big problems with policing even after the law came into effect, Martin said:

The police were really slow to respond to our call outs… if we were in trouble. We had things like rape threats to lone women monitors, monitors assaulted, chased by thugs on quad bikes and off road bikes for distances. … Car doors were forced open, equipment stolen and tyres were let down or slashed.

That’s when things really did seem to start getting much better. Because the hunts could see the police were going to do something about it.

But this wouldn’t have happened without help and pressure from Cheshire Monitors, Martin said.

Following this conviction, the group started working more closely with the police. It pushed for better training in the Hunting Act and took part in pre- and post-season review meetings. This, Martin said, led to a much better relationship. For example, in the past the police would:

turn up, get out of the car, look around and clearly have no idea of what to do or how to deal with it. … Often they’d get back in the car and at best just be driving around. … Because they weren’t trained, they didn’t know what they were supposed to be dealing with. Compare that to last season: there were police getting out of their cars and walking in on the hunt to stop them. That’s the difference.

The problem is the law

Martin said that 2014 was a turning point for the group. Before that, Cheshire Police’s rural and wildlife crime officer took only two of the group’s cases – terriermen digging out and blocking badger setts – to the Crown Prosecution Service (CPS). Since 2014, the officer has taken three of the group’s cases to the CPS. All of them featured hunting. Although none of these were successful, Martin said she was realistic about the reasons why:

In our opinion, we think the CPS hasn’t taken these cases because they know the Hunting Act is so weak. They know the defence lawyers for the hunts are so well-paid and so used to telling lies, they know how to escape through the loopholes.

In other words, the Hunting Act is fundamentally flawed and easily exploited by hunts. That’s why Cheshire Monitors started to demand a stronger, more robust law. As the group improved its relationship with the police, new areas for pursuing this opened up. “We were lobbying MPs… and trying to engage the public,” Martin said. And the results of this can be seen over the past few months.

On 15 November 2018, Cheshire Monitors said they caught the Cheshire Hunt killing a fox. This was the first in a run of foxes allegedly killed by the hunt that spread across several months. On 4 December 2018, Cheshire Hunt Saboteurs caught the same hunt allegedly killing another fox. The same thing happened again on 5 January, 8 January and 5 February 2019.

Amidst this spate of kills, Matheson tweeted out in disgust. He called for jail time and a total ban on fox hunting after the 5 January incident. Meanwhile, PCC Keane published a review of policing the Hunting Act in the county on 5 December 2018. Members of Cheshire Monitors were on the review panel. And this was followed up by a well-attended public meeting on 25 February.

This combination of on-the-ground work from activists and genuine criticism of the law by public officials brewed a perfect storm. It’s put Cheshire at the centre of the next battle against hunting: a total ban of the activity.

Cheshire Monitors spoke positively of Matheson’s debate. It told The Canary that even “even securing the debate was an achievement” and said the MP is a “great champion” for the movement against hunting. It also recognises the key role Cheshire will play in achieving this:

There is a momentum for strengthening the Hunting Act and recent events in Cheshire are clearly propelling that momentum forward. We are determined to take advantage of this momentum… to keep building a people’s lobby through exposing the hunts, educating the public and encouraging community action.

The group was also keen to acknowledge the important role played by other groups throughout Cheshire. Martin said:

the work being done by the other independent groups and the sab groups has added to the pressure… helping us all work together to strengthen the Hunting Act.

In some ways, the issue of hunting is a minor one. But the strength of conviction by saboteurs and monitors, as well as massive public opposition to hunting shows that people really care about foxes, hares, deer and other mammals killed by hunts. And on the back of work carried out by grassroots groups, the wider public are quickly realising that the ‘ban’ isn’t fit for purpose. “Nationally, it’s taken too many steps forward to be brought right back,” Martin told The Canary.

As long as hunts are out in the field, saboteurs and monitors will be necessary to hold them accountable. But the push for a total ban is now gaining traction beyond the anti-hunting movement. This broadening is necessary for genuine change to occur at a systemic level. And Cheshire, it seems, is leading this change.

Featured image via screencap from parliamentlive.tv