A Sky News host tried his best to blame Jeremy Corbyn. But Labour’s Barry Gardiner owned him. - The Canary 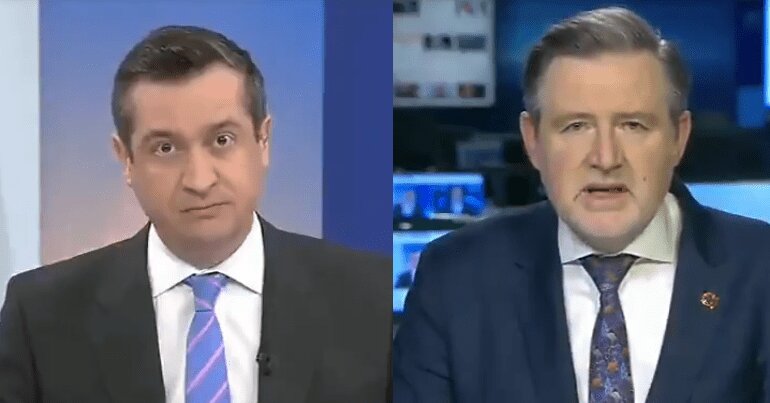 A Sky News host tried his best to blame Jeremy Corbyn for the Brexit crisis on 21 March. But shadow secretary for international trade Barry Gardiner wasn’t having it.

The real nature of the new centrist group

The presenter and Gardiner were discussing Corbyn refusing to take part in May’s talks. The Labour leader left the meeting after finding The Independent Group’s (TIG) Chuka Umunna was present. Labour frontbencher Gardiner pointed out a key issue with the centrist group:

"TIG are not transparent about their funding, and therefore to have them sitting around a table, at Number 10 Downing Street, negotiating the future of our country without knowing what that funding, that secretive funding might be, would be totally improper." @BarryGardiner pic.twitter.com/pNQgVuHA9s

“Have to be transparent”

As Gardiner highlighted, TIG is not actually a political party, but a limited company occupying seats in parliament without having won any elections under its banner. While TIG is keeping its funding secret, Umunna himself recently accepted a £10,000 donation from a top Tory party donor.

On Sky, the presenter claimed that:

He [Corbyn] leaves a meeting with the prime minister because the person sitting next to him has spokes[person] written on his I.D. badge rather than leader.

No it’s not that actually… political parties in this country have to be transparent about their funding. The Independent Group has been set up not as a political party but as a company. They are not transparent about their funding and therefore to have them sitting around a table at No 10 Downing Street negotiating the future of our country without knowing what that secretive funding might be would be totally improper.

Blaming the opposition makes no sense

May only invited opposition leaders for talks in January after her deal was defeated by the greatest margin ever in parliamentary history. And she only phoned the leaders of the two largest unions a week before. That’s almost two years since parliament triggered Article 50 – the process for leaving the EU. Meanwhile, May remains committed to her red lines and the ‘no-deal’ threat, meaning a compromise may still be impossible.

The Labour leader, however, has long offered a Brexit compromise that could move the UK forward. The plan has support from the public, the EU and could command a majority in parliament. It’s not a stroke of genius, but the obvious solution to the deadlock: a new customs union to solve the Irish border issue and strong single market access.

So Gardiner was quite right to shut down the presenter on Sky. The establishment will continue to try and blame Corbyn for the Brexit mess. But the notion is factually ridiculous.