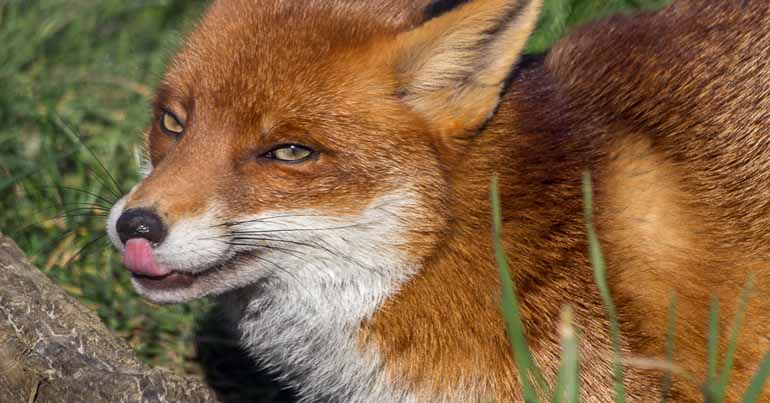 More than 70 residents in Cheshire turned out to a county-wide meeting about hunting. It was set up by police and crime commissioner (PCC) David Keane following his December review of the Hunting Act. And anti-hunting activists said the meeting delivered “positive” results.

On 5 December 2018, Keane published a review of hunting and its policing in Cheshire. Commenting on its findings, Keane made it clear the Hunting Act presents “challenges to investigators and prosecutors”. As a result, he wanted to “explore” how these could be removed. Keane also promised a public meeting on the issue in 2019.

A PCC press release said over 70 local residents attended the 25 February meeting at Cheshire Police’s headquarters in Clemonds Hey, Winsford. The event drew nearly 200 questions from the public. These included concerns over police enforcement of the hunting ban, the training of officers in the Hunting Act, and referral of cases to the Crown Prosecution Service. There were also questions about the role of terriermen and the scent allegedly used in trail hunting.

Keane said in the press release that the large turnout was “pleasing” and displayed the “importance of this issue to people in Cheshire”. He continued:

I would also like to see more preventative work implemented by Cheshire police to prevent offences related to hunting and enhanced training for all officers in wildlife crime.

As a result, the PCC said he will create an “action plan” to implement recommendations made by the December review and points raised in the February meeting.

A statement by Cheshire Hunt Saboteurs and Cheshire Against Blood Sports (CABS), published on 19 December 2018, “welcomed” the PCC’s review. The report was a “first step” to proper policing of hunting and “other serious crimes” by hunts, it said. However, the statement noted that Cheshire police needed to take “positive and swift action” in implementing the review’s findings.

The Canary spoke to CABS after the meeting. The group said it was “overall, a positive meeting” and that:

Keane’s proposal of an Event Plan, which was supported by the Chief Constable [Darren Martland], where hunts would be asked to supply details such as where the trail had been laid, what scent was used etc, would be particularly welcomed by us. If, as the hunts insist, they are just out for a cross country ride, they will surely be only be too happy to comply and give all the information requested. It will be interesting to hear the hunts’ response.

The CABS spokesperson went into more detail about the trail-laying and terriermen issues:

[The PCC] suggested the hunts should move away from using fox-based scents. You have to ask yourself why, if they weren’t setting out to hunt foxes, would they even consider using such a scent and run the risks of a fox being killed? The review also suggested laying a trail away from areas where foxes are likely to live. The role of terrier boys is to be further investigated as there is no place at a so-called trail hunt for terriermen and their terriers and spades. With all these proposals… it would be very remiss of the hunts not to offer to do this regardless.

CABS also hinted at the importance this meeting could have for hunts locally and nationally:

Hunting in Cheshire will never be the same and will hopefully trail blaze across the whole country, so hunts everywhere will be held to account for their actions. We are extremely proud of the people in Cheshire who have spoken out against the cruelty of hunting in our county.

Cheshire has been the site of several high-profile fox kills since late last year. At present, Cheshire Police are investigating five deaths. The incidents, which came in the weeks after Keane’s review, contributed to widespread outrage. And it’s lit a fire in the county that could spread nationwide.

Grassroots action by sab and monitors has been holding hunts to account for decades. It’s about time the ‘justice’ system began holding up its end of the deal too.