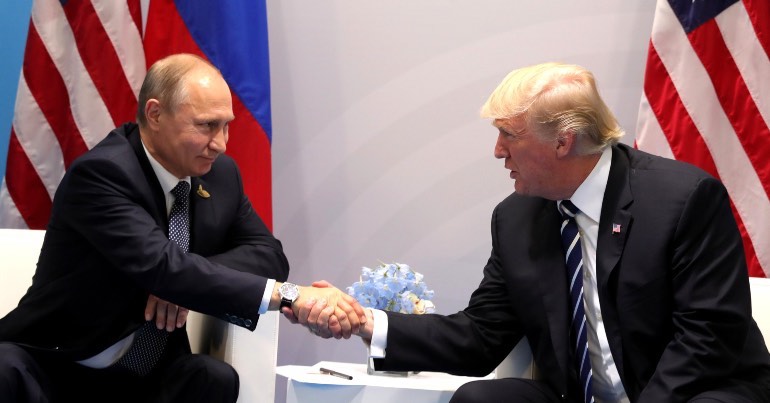 The investigation into alleged collusion between the Donald Trump administration and Russia has now ended. Robert Mueller has handed in his final report to the attorney general. Mueller was the special counsel in charge of the investigation. He has not recommended more indictments. And because of this, many people are not happy.

Glenn Greenwald took to Twitter as the news broke:

The Mueller investigation is complete and this is a simple fact that will never go away: not one single American was charged, indicted or convicted for conspiring with Russia to influence the 2016 election – not even a low-level volunteer. The number is zero.

He pointed out the obvious:

Compare what cable hosts (let's leave them unnamed) & Democratic operatives spent two years claiming this would lead to – the imprisonment of Don, Jr., Jared, even Trump on conspiracy-with-Russia charges – to what it actually produced. A huge media reckoning is owed.

He also highlighted that as recently as two weeks ago, MSNBC had a former CIA director on to talk about Russian collusion:

"Oh gosh – turns out that if you hire ex-CIA Directors to be 'news analysts,' they'll abuse our airwaves to disseminate self-serving disinformation" – what MSNBC executives would be saying right now if they were honest & self-reflecting (and therefore aren't saying): pic.twitter.com/4Iu4JAJ4mf

And as a result, he said, it doesn’t get much clearer than this:

Can we get it any clearer than this?? From the NYT: https://t.co/47APcLxf0l pic.twitter.com/gvtDLGblSp

But for now, the report is confidential and not available to the public. Because of this, a number of politicians have called for its release. Bernie Sanders is one of them:

As Donald Trump said, “Let it come out." I call on the Trump administration to make Special Counsel Mueller's full report public as soon as possible. No one, including the president, is above the law.

Presidential candidate Kamala Harris has also called for the full report to be made public:

Americans deserve to know the truth now that the Mueller report is complete. The report must be released immediately and AG Barr must publicly testify under oath about the investigation's findings. We need total transparency here.

Release the Mueller report to the American people.

But in spite of the news, some still consider Trump and his administration to be tools of Russia. Bill Maher, for example, thinks Trump is a traitor no matter what Mueller says:

I don’t need the Mueller report to know Trump is a traitor. I have a TV. w/@RepSwalwell #SubpoenaMueller pic.twitter.com/gmaljGGBvn

Economist Robert Reich argued that there are lots of point Mueller doesn’t consider:

Mueller report won't touch on Trump's lies, his undermining of democracy, his fueling of hate. For example, according to new research, counties that hosted a 2016 Trump campaign rally saw a 226% increase in reported hate crimes in subsequent months. https://t.co/FbOY8qGkED

And he alleged that the president colluded with Russia anyway:

If Mueller concludes no collusion, he defines "collusion" as a written contract between two parties. But if "collusion" is a mutual understanding, Trump almost surely colluded with Putin to get Russian help in the 2016 election in exchange for Trump's help on NATO and Ukraine. pic.twitter.com/awGWHaG5eE

As previously reported by The Canary, Russiagate has already embarrassed the mainstream media and its pundits.

It is not known when or if Mueller will make his report public in spite of the calls to do so. But another tactic being considered is subpoenaing him to give evidence in front of congress. Adam Schiff, the chair of the House Intelligence Committee, has said that he would “subpoena Mueller” if he does not cooperate with them. Given this, don’t expect the controversy to end any time soon.

Featured image via The Kremlin