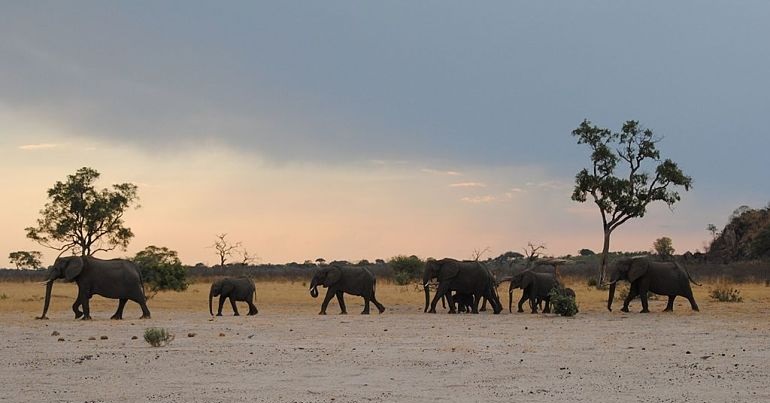 Botswana lifted its ban on the trophy hunting of elephants on 22 May. The country banned elephant hunting in 2014. As a result of that and other policies, it became Africa’s last safe haven for these magnificent creatures. Botswana is home to around a third of Africa’s remaining wild elephants.

Elephants themselves appear to know this. Facing excessive poaching and hunting elsewhere in Africa, they have limited their roaming in recent years to Botswana. As Elephants without Borders’ Dr Mike Chase said in 2016:

But the country’s president Mokgweetsi Masisi, who came to power in 2018, has put a stop to that. And now he’s declared open season for hunters in the last place elephants feel safe.

From protector to pariah

Botswana had a solid reputation for being a protector of elephants until recently. As The Canary previously reported:

Botswana is home to the world’s largest population of elephants. It imposed a ban on trophy hunting in 2014. In addition, under the former president, Ian Khama, Botswana had pursued a zero-tolerance approach to poaching. The country implemented a “shoot-to-kill” policy regarding poachers and armed anti-poaching rangers.

In one of his early acts as president, however, Khama’s successor Masisi disarmed the anti-poaching units. The president did not explain why he’d decided to do so. The effect was swift. Elephants Without Borders found the carcasses of 87 elephants in the country while carrying out a census. Masisi’s government denied these deaths were all a result of poaching despite the conservation group finding all of them with “their skulls chopped to remove their tusks”.

Contrary to the government’s claims, the latest survey shows there is no increase in elephants.

The Campaign to Ban Trophy Hunting (CBTH) handed in a 260,000-strong petition against the return of trophy hunting to Botswana’s High Commission in London last October. The group’s founder Eduardo Gonçalves said at the time:

the impact of trophy hunting could be disastrous and possibly contribute to the extinction of the species. This would be a major global conservation disaster – potentially the worst in living memory – and have tremendously damaging consequences for efforts to conserve endangered fauna and flora everywhere.

Speaking to The Canary after Masisi’s decision to lift the ban, Gonçalves commented:

The decision to allow elephant hunting to resume is a victory for the trophy hunting industry who have been working furiously to allow this barbaric ‘sport’ to make a comeback in the elephant’s heartland. Michael Gove should announce that the UK will refuse to issue permits to any British trophy hunter wanting to import tusks and other body parts from Botswana elephants.

Gonçalves is right. Trophy hunters will be popping champagne over Botswana declaring open season on elephants. The rest of us should be weeping. Because the country just shoved this majestic species a giant step closer to extinction. And, unfortunately, the UK government’s inaction on trophy hunting so far suggests it lacks the compassion or decency to do anything about it.

It’s a very sad day for elephants. And it’s a damning one for the human race.