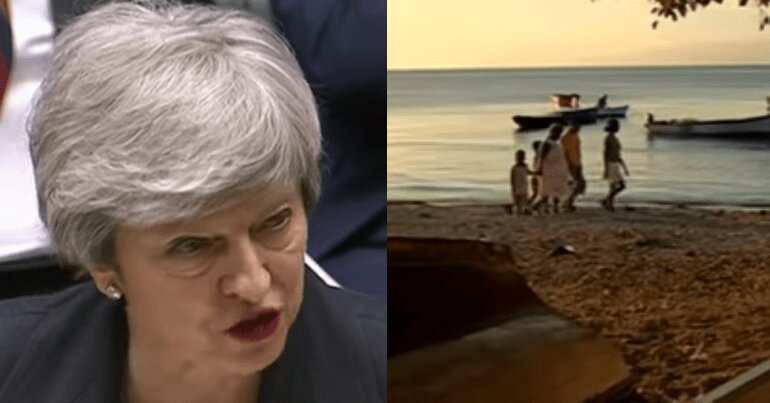 UN member states shunned modern British colonialism on 22 May. They voted overwhelmingly that Britain should hand back control of the Chagos Islands to Mauritius (an island nation in the Indian Ocean). The UK colonised the group of Islands in the 1960s and 70s and retains control to this day.

Donald Trump’s US, far-right Viktor Orbán’s Hungary, and apartheid Israel were among the five countries that backed Britain. 56 countries abstained, including the right-wing administrations in France and Germany. Spain, Greece and Sweden, meanwhile, joined the 116 member states voting against the UK.

The non-binding resolution demands Britain “withdraw its colonial administration” of the Chagos Islands within six months. In the 1960s and 70s, the UK forced around 2,000 Chagos residents out of the islands and then lied about the colonial invasion repeatedly. This made way for a huge US military base on the largest island, Diego García. In the 2000s, the US and UK used this base to launch bombing campaigns against Iraq and Afghanistan.

The UN vote comes after the UK foreign office fought a “long legal battle” to keep the Chagossians from ever returning to their home. Aiming to keep hold of the islands, Gordon Brown’s administration privately admitted that attempts to secure marine protection for the Chagos Islands would stop the indigenous people, which the foreign office described as ‘Man Fridays‘, resettling. The WikiLeaks diplomatic cables also revealed that the UK had stored banned cluster bombs on the islands for the US and hidden the move from parliament.

In February 2019, the International Court of Justice also rejected the UK’s claim over the sovereignty of the islands, asking Britain to return the islands to Mauritius “as rapidly as possible”.

Theresa May’s government is refusing to adhere to the UN ruling, with a foreign office spokesperson claiming:

The joint UK-US defence facility on the British Indian Ocean Territory helps to keep people in Britain and around the world safe from terrorism, organised crime and piracy. As the US government has made clear, the status of [British Indian Ocean Territory] as a UK territory is essential to the value of the joint facility and our shared interests – an arrangement that cannot be replicated.

They also said the foreign office considers the issue a matter between the UK and Mauritius, arguing that the UK must “consent” to the UN attempting to resolve the dispute.

The ongoing occupation breaks UN resolution 194, which states that: