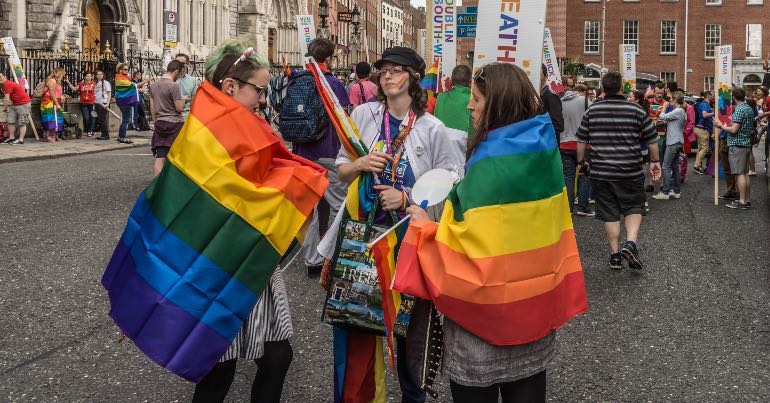 A new survey has found that most people in Ireland don’t believe anti-LGBTQI+ violence is a “serious problem”. But this goes against previous research, which showed that a large number of LGBTQI+ people have faced violence or threats of violence.

Call It Out – a joint campaign involving the Transgender Equality Network Ireland (TENI) and the Hate and Hostility Research Group (HHRG) – published the survey results. The campaign aims to “highlight and address the harm caused by homophobia, biphobia and transphobia in Ireland”.

The organisation found that only 36% of people in Ireland believe that violence against members of the LGBTQI+ community “is a serious problem”. It also found that:

20% of respondents disagreed/disagreed strongly that lesbians, gay men and bisexual people avoid holding hands in public with a same-sex partner for fear of being assaulted, threatened or harassed

This goes against previous evidence, however, which showed that many members of the Irish LGBTQI+ community have been victims of physical violence and threats:

33.6% of respondents had been threatened with physical violence, 21.1% had been physically assaulted, 14.9% had been sexually assaulted and 6.3% had been attacked with a weapon because they were LGBTI.

Possibly as a result of this, 53% of LGBTQI+ couples maintained that they didn’t feel safe showing affection in public.

But statistics show that the experiences of LGBTQI+ people in Ireland are similar to elsewhere in the EU. A 2013 EU-wide survey outlined comparable levels of violence directed at LGBTQI+ people. It disclosed that 26% of respondents “had been attacked or threatened with violence in the last five years”. It also found that:

66% of respondents across all EU Member States were scared of holding hands in public with a same-sex partner.

In the UK, a 2017 report issued by LGBTQI+ rights charity Stonewall described similar statistics. It revealed that:

And a 2016 UK survey reported that 77% of LGBTQI+ people were not comfortable “being their true self in public”. What’s more, 59% of respondents “had felt threatened by other people’s attitudes and behaviours towards them”.

Changes for the better

In spite of the Irish findings, Call It Out argued that Ireland’s recent history has shown “positive developments” for LGBTQI+ people. This includes the referendum in 2015 which legalised same-sex marriage. In the report, it also noted that:

57% agreed/agreed strongly that, where people are victimized because of something about them that they cannot change, like their sexual orientation or gender identity, the effects on them are worse than if they had been victimized for another reason.

And it said that most people believe LGBTQI+ people “should be free to live their own lives as they wish”.

The report concluded by making multiple recommendations about how to tackle discrimination against the LGBTQI+ community. Among other things, it recommended “a public awareness campaign” to make people aware of “anti-LGBT hate crime in Ireland”. And it contended that the government should introduce “legislative provisions” for LGBTQI+ hate crime.