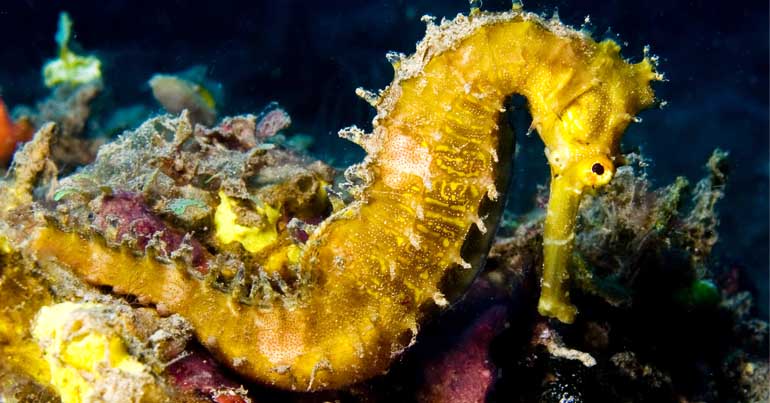 The Department for Environment, Food and Rural Affairs (DEFRA) announced on 31 May that it was creating 41 new MCZs in English waters. This designation gives legal footing to preserve each area in a “favourable condition” for its “biological communities”. They are intended to protect “nationally important, rare or threatened habitats and species”. The latest announcement is the third and largest phase of MCZ creation, with the area covered equal to nearly twice that of England itself. And DEFRA said that it “essentially [completes] the UK Blue Belt“.

Conservation groups largely welcomed the news. The Wildlife Trusts, for example, described it as a “historic move” that would help protect the “stunning diversity” of life in England’s seas. And the Marine Conservation Society said it was “great news”. Meanwhile, Gareth Cunningham, head of nature policy at the RSPB, said it’s welcome news for some of England’s seabirds. However, these groups also aired concerns. Cunningham, for example, said the latest MCZs don’t go far enough to protect seabirds in the south-west of England. And the Marine Conservation Society said DEFRA must ensure its policies are “fit for purpose” in the long term.

As the Guardian noted, critics have previously knocked MCZs for being “paper parks” that fail to protect properly against destructive acts like trawling.

Studland Bay in Dorset became an MCZ on 31 May. It’s a National Trust estate and home to one of England’s “best examples” of seagrass meadow. Seagrass is crucial to diverse species such as pipefish, wrasses and undulate rays. Studland Bay is also home to both native species of seahorse: the short-snouted seahorse and the long-snouted – or spiny – seahorse.

Furthermore, as DEFRA noted in its MCZ documents, Studland Bay is the UK’s only known breeding ground for the long-snouted seahorse. Because of this, the bay been a focal point for the Seahorse Trust. It has operated a tagging project at Studland Bay since 2009. The aim has been to gather information and create an effective management plan against overuse. Anchoring and mooring boats has a “detrimental” effect on the bay’s seagrass meadows, the Seahorse Trust has said.

However, that’s not the only imminent threat to Studland Bay. In February, UK company Corallian Energy erected a drilling rig less than four miles from Studland Bay. Dorset Wildlife Trust said this presented an “unacceptable risk” for seahorses – and other wildlife – due to discharged drill cuttings. Although Corallian Energy claimed in March to have “completed [drilling] safely in an environmentally sensitive area”, the Seahorse Trust disagreed. The group told The Canary that it found no seahorses in Studland Bay during a dive over the weekend of 25 and 26 May.

As a result, the Seahorse Trust said the possibly illegal drilling operation may have contributed to the ongoing destruction of the seahorse colony.

The Seahorse Trust has pushed for Studland Bay to become an MCZ for nearly a decade. It, therefore, described the 31 May announcement as “amazing news”. Speaking to the BBC in May 2018, director Neil Garrick-Maidment said MCZ status would help “future preservation of the seagrass beds and seahorses”.

But, speaking to The Canary after DEFRA’s announcement, Garrick-Maidment echoed other organisations’ air of caution. He said DEFRA’s designation of Studland Bay as an MCZ is “just the beginning” and that the “hard work starts from here”. Divers recorded 40 seahorses in Studland Bay in 2008 but numbers have steadily decreased, with divers recording just two living seahorses between 2015 and 2019. Garrick-Maidment is therefore keen to steer the local MCZ and told The Canary that he’s formally asked Natural England to be on its management committee.

Government regulation alone doesn’t guarantee anything. Individuals and organisations consistently flout laws intended to protect the UK’s wildlife and ecosystems. That’s why it’s essential a group like the Seahorse Trust is central in these issues, so it can push for long-term sustainable action.

Human activity is seriously threatening seahorses, not just in the UK but across the world. The Seahorse Trust has predicted possible extinction within 30 years. And that means it’s essential we start taking action immediately. The MCZs need to live up to their name.