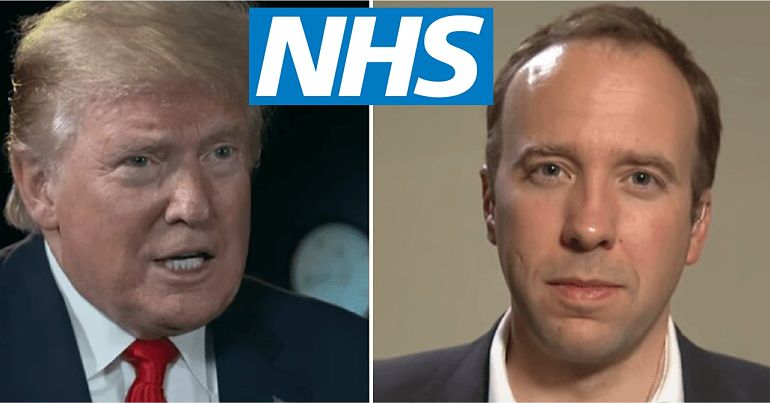 A post-Brexit trade deal with Donald Trump is far from the only risk to our NHS. The Conservative government recently offered private healthcare corporations significant control over around £2bn of NHS funding for mental health services. That’s despite health secretary Matt Hancock claiming that “there is no privatisation of the NHS on my watch”.

This latest development comes on the back of a history of NHS privatisation throughout David Cameron’s coalition and Theresa May’s administration.

A new level of privatisation

However, offering private companies control over the commissioning budgets takes privatisation to another level, as openDemocracy notes. That means for-profit companies will join “provider collaboratives” to decide whether the public or private sector will deliver NHS services.

This letter is to inform you of our intention to issue a call for applications from prospective provider collaboratives for children and adolescent mental health inpatient services, adult secure mental health services, and adult eating disorder services…

The ambition is for 75 per cent of the country to be covered by provider collaboratives by April 2020, increasing to 100 per cent in the subsequent two years.

Provider collaboratives will assume full responsibility for the budget for their population, along with the freedom to innovate and develop new services

Selling off regional chunks of the NHS

We must view this proposed for-profit control over £2bn of NHS funding in context. At the same time, campaigners are pointing out that a huge NHS reorganisation is passing by unnoticed. The government plans to break up the NHS into Integrated Care Providers (ICPs) – essentially rebranding Accountable Care Organisations. As a result, campaigners say this will break up the NHS into chunks, meaning the government can contract out whole areas to private providers under ‘ICP contracts’.

Keep Your NHS Public gives the following lowdown on ICPs, saying they:

70% of contracts going to the private sector

Since entering government in 2010, the Conservative Party has critically cut NHS budgets while dramatically increasing privatisation. In 2016-17, for example, non-NHS companies won 70% of contracts up for tender in England. So given the government has failed to guarantee that it won’t hand huge ICP contracts to the private sector, campaigners are very concerned.

With this in mind, we should treat any of Hancock’s assurances about the NHS with a high level of scepticism:

Dear Mr President. The NHS isn’t on the table in trade talks – and never will be. Not on my watch.

NHS privatisation is not a distant threat from the US president. It’s happening now. The only way to save our NHS is through a general election to remove the Conservatives from power.