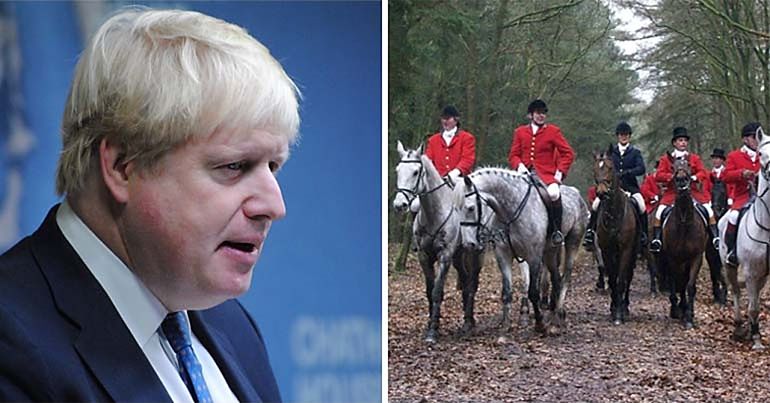 Boris Johnson’s second largest donor in 2019 is a hunter and hedge fund manager with a controversial past. And even the Spectator said this could “come back to haunt” the leadership candidate.

Johan Christofferson is a partner in hedge fund management firm Christofferson, Robb & Co. He’s also been the joint-master of the only hunt in Scotland to so far have been prosecuted for illegal hunting. And in 2019, Christofferson has been Johnson’s second largest donor.

Electoral Commission records show Christofferson has made two donations to Johnson so far in 2019. There was a £20,000 donation, which Johnson accepted on 15 January, and a £16,000 donation accepted on 6 March. 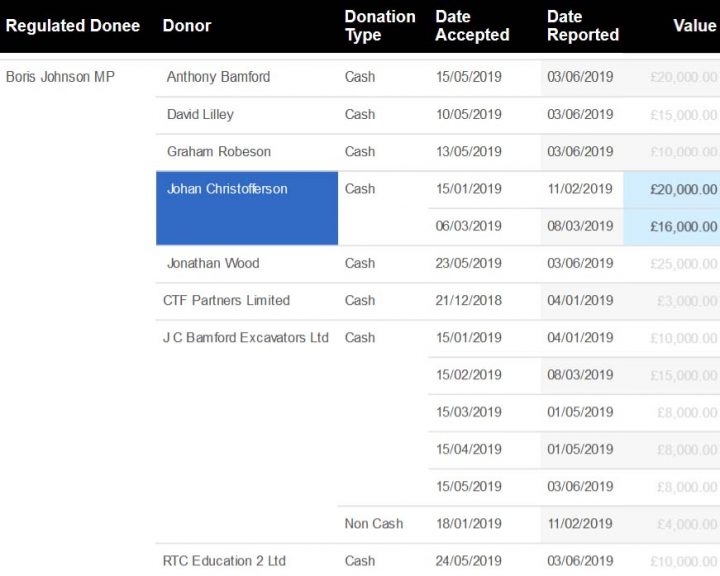 Commenting on the £16,000 donation, Spectator columnist ‘Steerpike’ said Christofferson’s donations “could come back to haunt” Johnson. And it’s because of the hunter’s controversial past.

Dead animals in the streets of Brighton

Christofferson has been joint-master of the Jed Forest Hunt, based in Scotland, since the mid-2000s. In June 2017, two members of the hunt were convicted of breaching the Protection of Wild Mammals Act, the law that effectively bans hunting in Scotland. It’s the only successful hunting prosecution in Scotland to date.

Before joining the Jed Forest Hunt, Christofferson was a joint-master of the Isle of Wight Hunt. Under his mastership, hunt staff Stuart Trousdale dumped the dead bodies of two calves, a horse and a bullock on the streets of Brighton during the October 2004 Labour Party conference in the city. BBC News reported at the time that:

The court was told the pair dumped the animals on the day of Tony Blair’s keynote speech to show their opposition to a proposed ban on hunting.

Trousdale’s actions were so extreme that the Master of Fox Hounds Association suspended the Isle of Wight Hunt for a month. It also “upbraided” Christofferson for failing to control his staff. Trousdale was later charged with illegal hunting in 2007. But the League Against Cruel Sports eventually dropped a private prosecution after a 2009 High Court decision made convictions under the Hunting Act more difficult.

None of this appeared to worry Christofferson, though. Trousdale joined the hedge fund manager as joint-master and huntsman of the Jed Forest Hunt in 2008.

Christofferson has been a frequent donor to the Conservatives. Most notably, he donated £40,000 to Simon Hart’s bid for a seat in parliament in 2010. Hart was, at the time, chief executive of pro-bloodsports group the Countryside Alliance. The hunter also donated to former policing and justice minister Nick Herbert several times between 2009 and 2015. 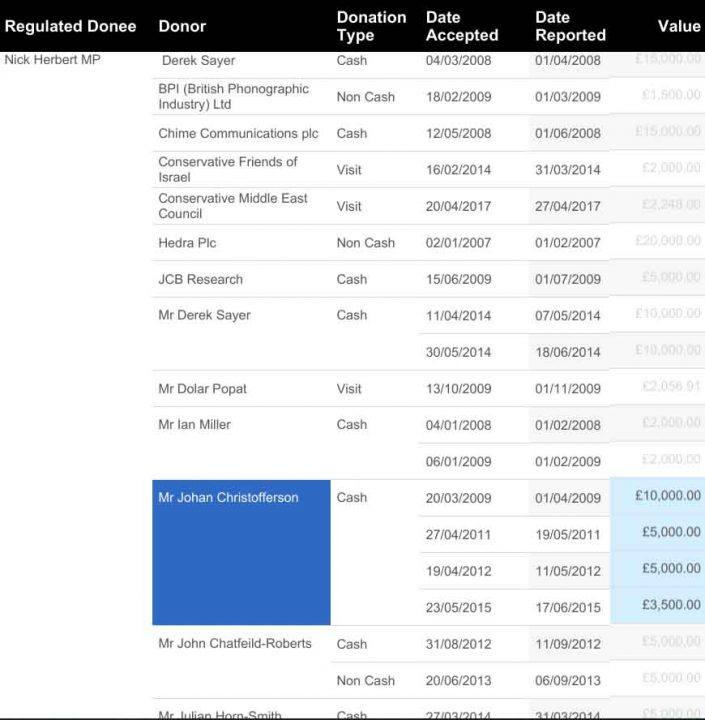 As the Daily Record pointed out:

In [2009], the League [Against Cruel Sports] wrote to the parliamentary standards commissioner asking him to look into donations made to Herbert by people linked to fox hunting.

And a Scottish Labour official accused Christofferson’s donations to Herbert as being “clearly designed to influence the decision to repeal the ban”.

The Canary contacted Johnson and Christofferson for comment but hadn’t heard back at the time of publishing.

A change of heart?

When Theresa May campaigned for the 2017 general election, she promised a parliamentary vote on repealing the hunting ban. In the end, she dropped the pledge after recognising that the public was staunchly against the proposal. May went on to rule out any vote during her term in parliament. But she’s now on her way out, and Johnson’s support for hunting is well-known. He consistently voted against laws on hunting before the ban was brought in and even suggested urban foxes ought to be hunted during his term as London mayor.

Could he have had a change of heart, though? On 19 June, the Conservative Animal Welfare Foundation uploaded a photograph of Johnson with its co-founder Lorraine Platt. Johnson’s partner, Carrie Symonds, is also patron of the group. Platt is also a long-time anti-hunting campaigner. But in the end, money speaks. And with wealthy backers that are not just pro-hunting but deeply involved in the vile ‘tradition’, it’s difficult to see why Johnson would change his stripes.

The Hunting Act is deeply flawed and hunting needs to be banned outright. But that may be further from our grasp than ever before if Johnson becomes prime minister.