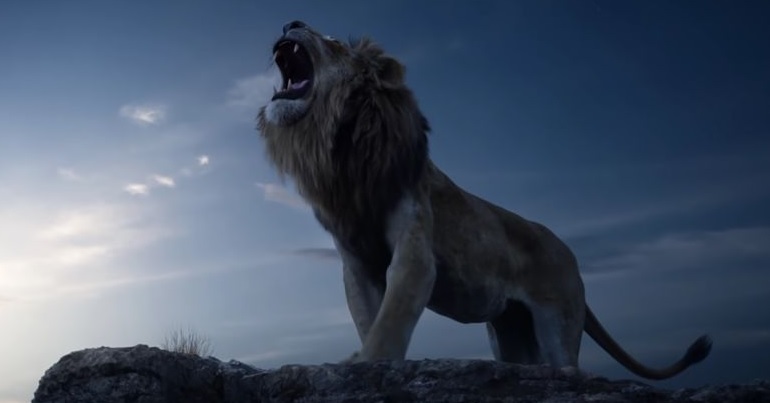 Walt Disney’s new version of The Lion King will open in US cinemas on 19 July. But the company – which had assets worth over $98bn as of 2018 – has only donated a “paltry” $1.5m to lion conservation in the lead up to the movie’s opening, according to the Campaign to Ban Trophy Hunting (CBTH).

What’s more, it’s only pledged to contribute a further $1.5m to helping lions, a species under serious threat. Yet the company expects to earn $175-200m during its opening weekend in the US. Disney’s already raked in over $50m from its screenings in China.

As CBTH pointed out in a press release, David Attenborough launched the Lion’s Share fund in 2018. The initiative sees businesses that use animals in their promotional material donate 0.5% of advertising spending to UN-backed conservation efforts. Clearly, however, Disney isn’t planning on giving even that small level of support to the threatened animals it’s extensively profiting from. As it explains on its website:

Disney has already donated more than $1.5 million to Lion Recovery Fund and its partners and will make additional grants as well as invite fans to help double the donation for a total contribution of up to $3 million.

Disney’s contribution to lion conservation is paltry… They are making billions from lions and giving hardly anything in return.

If they were serious about supporting lion conservation they would up their contribution to at least the 0.5% recommended by David Attenborough. Given the crisis facing lion populations, it should be even more.

As CBTH has previously documented, lion populations are in a perilous situation. It’s believed there are now only around 15,000 wild lions left. They have disappeared from over 90% of their original range, and are extinct in many countries they used to inhabit.

Their rapid disappearance is due to numerous threats, such as habitat loss, human / wildlife conflict, poaching, and trophy hunting. The hunting industry alone traded 13,800 lion ‘trophies’ between 2004-2014. So Gonçalves also urged Disney to take action against this particular danger to the species:

Disney should also throw its weight behind efforts to abolish trophy hunting. The impact of lion trophy hunting on populations has been well documented throughout sub-Saharan Africa. Not only have large numbers of lions been killed, but trophy hunters have directly affected the species’ gene pool by targeting the fittest and strongest animals.

If Disney were to mobilise its fan base behind a global move to abolish trophy hunting, that would be an achievement worthy of the name Lion King.

Given Disney’s immense fortune, it could easily step up to protect the lions that have done so much for it. Other commercial enterprises are taking action. The National Exhibition Centre (NEC) in Birmingham, for example, recently pulled trophy hunting operators from a show it’s hosting next February. It only did so, however, after a public outcry.

Disney needs to face the same. Because even if it lacks the inclination to put up a proper fight for lions, it’s hardly going to turn a blind eye to its lucrative Lion King brand coming under threat.