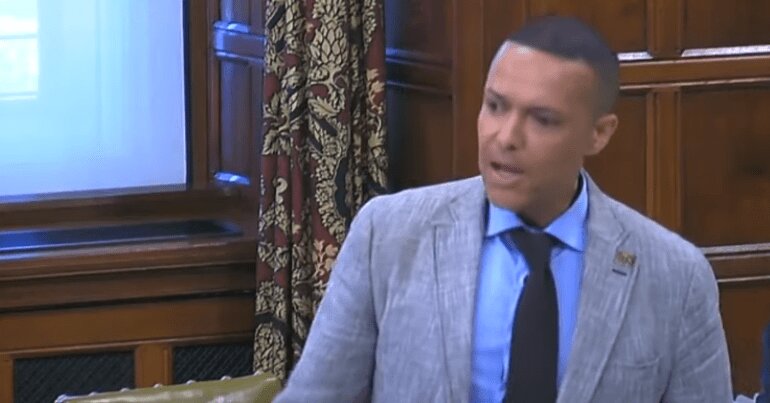 Labour’s Clive Lewis MP skewered the BBC in the heart of parliament on 15 July. Lewis, who was once the BBC‘s chief political reporter in the eastern region, effectively suggested that the BBC peddles “disinformation emanating from the Conservative party and its allies in the press”.

Three e-petitions that reached over 100,000 signatures triggered the parliamentary debate on BBC bias. During the discussion, Lewis cited numerous studies to argue that BBC News is:

overwhelmingly orientated towards the political and economic establishment

Labour's Clive Lewis MP skewers the BBC and its "disinformation" in the heart of parliament:

During his speech to the committee, Lewis took down a common defence of the BBC:

‘If we are attacked from both sides,’ the argument goes, ‘then we must be doing something right.’ However, when faced with conflicting claims, we cannot just dismiss them all and assume that everything is fine; we must assess which are accurate—or which are more accurate.

And it turns out, as Lewis went on to say, there is a weight of evidence suggesting the BBC is “dominated by elite sources”:

Lewis also pointed to studies that found strong right-wing bias from the BBC during the EU referendum:

During the EU referendum, that ‘impartiality as balance’ paradigm, which seems always to lean to the right, was scrupulously applied to the two sides of the referendum campaign, but with the right dominating both. Research by Loughborough University found that Conservative and UK Independence Party representatives accounted for 74% of all party political appearances on television news. Cardiff University found an even higher level of prominence, with Conservatives and UKIP together accounting for almost 80% of politicians.

And the MP for Norwich South criticised the broadcaster for focusing on stories originating in the billionaire-owned press:

The striking domination of our political debate by the right is exacerbated by the influence of right-wing newspapers. One of the key functions of the BBC should be to act as a bulwark against misinformation and the abuses of private power, but how can it perform that function if its news agenda is set by an often unscrupulous, partisan press, owned by a handful of billionaires, which has spent decades misinforming people on every important issue of the day?

The Canary contacted the BBC for comment, but had received none by the time of publication.

Lewis rounded off by calling for people not to give up on the BBC:

some on the left are so disillusioned with the BBC that they have given up on it altogether. That is a mistake. There are serious problems with the BBC that cannot be ignored, but they can be resolved by making it genuinely independent of Governments—of the left and the right—and accountable not to a narrow elite but to its own staff and to the communities it should represent.

the BBC should be freed of government control, democratised and made representative of the country it serves to help it do that.

The BBC is meant to be independent, but its charter grants governments the power to appoint the chair and four directors of the board and set the level of the licence fee.

To help decentralise the BBC, national and regional boards could also be expanded, with elections by BBC staff and local licence fee payers. All boards should be representative of the country, with a minimum representation for women and minority groups.

We must end the BBC‘s government appointee system and make the broadcaster truly accountable to the people. Then the BBC can actually fulfill its stated purpose to educate and inform people free from vested interest. Because, as Lewis hammered home in the heart of parliament, it’s currently doing the opposite.