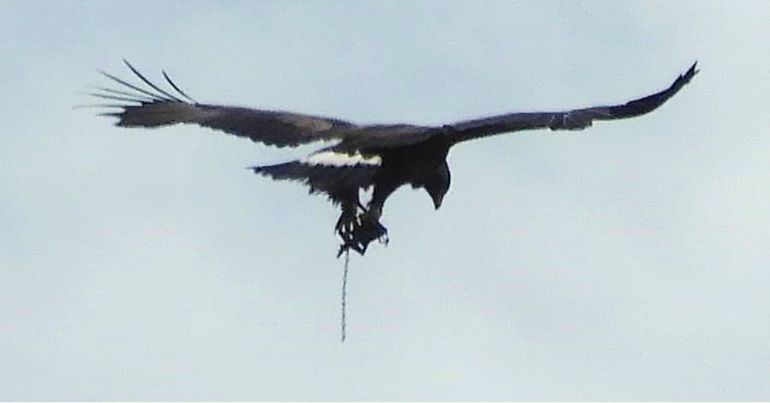 Most tourists travelling to the Cairngorms region of Scotland will hope to see a golden eagle. They maybe even want to grab a photo. But a recent snap of one of the iconic birds showed something was very wrong. The bird, described in a police statement as a “first-year eagle” – meaning around one-year-old – has what appears to be a spring trap clamped round its leg.

Investigative website Raptor Persecution UK is run by bird of prey expert Ruth Tingay. It notes that the area where the eagle was seen has previously been the site of illegally-set traps. And RSPB Scotland head of investigations Ian Thomson told the Independent that this eagle couldn’t have been caught in the trap had it been set legally. Such traps are supposed to be used for catching smaller mammals like stoats and weasels. They should be housed within tunnels to restrict access by, for example, birds and non-target mammals such as badgers. If they are illegally-set in the open, or on top of posts, they are likely to catch birds.

Such traps are extremely violent, as this slow-motion video indicates:

Thomson says: “This kind of trap is used widely on grouse moors”. As The Canary has reported over a number of years, driven grouse shooting has long been associated with illegal wildlife persecution. Many campaigners and wildlife enthusiasts believe that the shooting industry has missed its chance to reform. They argue a ban is the only way to end the killing of wildlife and what they see as the mismanagement of the uplands.

Around 1,500 people gathered in Derbyshire on 11 August to hear those points made by a range of speakers including TV naturalist Chris Packham and former Green Party leader Natalie Bennett. The event was called Hen Harrier Day in recognition of the hen harrier’s status as perhaps the most persecuted bird of prey on grouse moors. 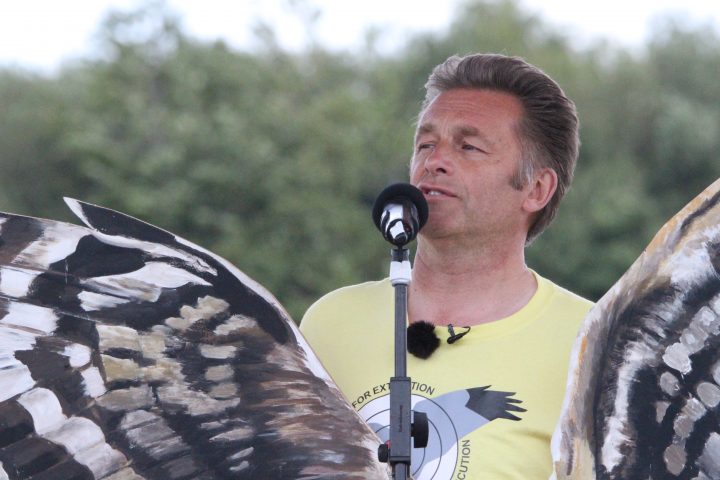 Wild Justice, the group set up by Packham and Tingay, along with Mark Avery, organised this year’s Hen Harrier Day. It’s also behind a new petition calling on the government to ban driven grouse shooting. The petition was lodged in July but has only just gone live. At the time of writing, it’s reached 41,000 signatures in less than two days.

As the image of the eagle in the Cairngorms, which may already be dead, suggests, change can’t come soon enough.

Image of Chris Packham by John Ranson for The Canary