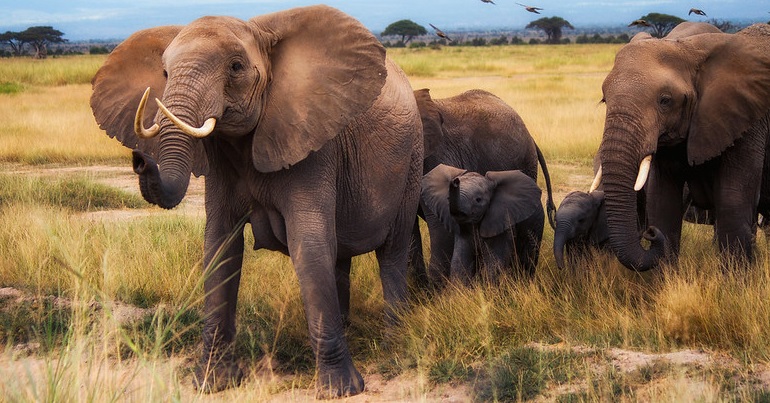 A global meeting with huge ramifications is about to take place in Geneva. The UK, along with numerous other countries, is party to it. It’s the Convention on International Trade in Endangered Species of Wild Fauna and Flora’s (CITES) tri-annual conference.

Parties to the convention will make numerous decisions about trade in the species this world has blessed us with at the conference. One proposal for debate, by Australian NGOs, could potentially reverse the rapid decline in many species dramatically. In fact, it could hugely transform how CITES functions – making it much more efficient and successful in protecting wildlife.

But, as The Canary previously reported, the wildlife watchdog has allowed a trophy hunting giant into “the heart” of its decision-making for decades. So the proposal isn’t going to have an easy ride.

The proposal has been developed by For the Love of Wildlife and Nature Needs More. It seeks to update the system CITES currently has for regulating trade in species, and calls for two key reforms. As Nature Needs More explains:

CITES has been in place for 44 years and has had only 1 review of its effectiveness, which was 25 years ago in 1994. The compliance with CITES rules and appendix listings relies on a paper-based system of permits designed in the early 1970s that cannot be reconciled with customs records at present or cope with modern day levels of trade.

CITES lists different species in appendices, essentially depending on how much at risk of extinction they are. It then sets out rules for trade of species in those different appendices. And as the NGO says, it has a paper system – designed in the 1970s – of permits for that trade.

According to the NGOs report on the issue, when CITES put together this system, the volume of trade in species was $2bn per annum (pa). Things have changed quite dramatically since, as the report points out:

As CITES archaic paper-based permit system doesn’t integrate with customs, the NGOs say “permit verification and shipment validation [is] impossible”. Such gaping loopholes are ripe for exploitation by those profiting from the illegal trade. As a result of this trade and other factors, unfathomable amounts of animal species are at risk of extinction within the next few years.

Backed by the Australian government, For the Love of Wildlife and Nature Needs More are calling for CITES to close these loopholes. They say that’s possible if it makes the following changes:

Given how unfit CITES’ current system is for purpose – with the vast increase in trade since it conceived that system – adoption of these proposals should be a no-brainer. The only winners at present are those who want to exploit wildlife populations freely and to hell with the consequences. As one of the world’s key wildlife watchdogs, which should have the best interests of the species rather than trade at its heart, it should embrace these plans.

The problem is, not everyone involved with CITES decision-making will agree. Some countries prefer unfettered trade of animals and their body parts. Furthermore, CITES allows “any body or agency technically qualified in protection, conservation or management of wild fauna and flora” into its conference, where they can influence countries’ decisions. This includes actual conservation NGOs, like the ones who came up with these proposals. But it also includes major trophy hunting advocacy groups who will fight tooth and nail to maximise their beloved ‘sport’.

So these proposals may be essential for the survival of a huge number of wildlife species. But they’re unlikely to get an easy ride at CITES’ conference.

Featured image via Ray in Manila/Flickr