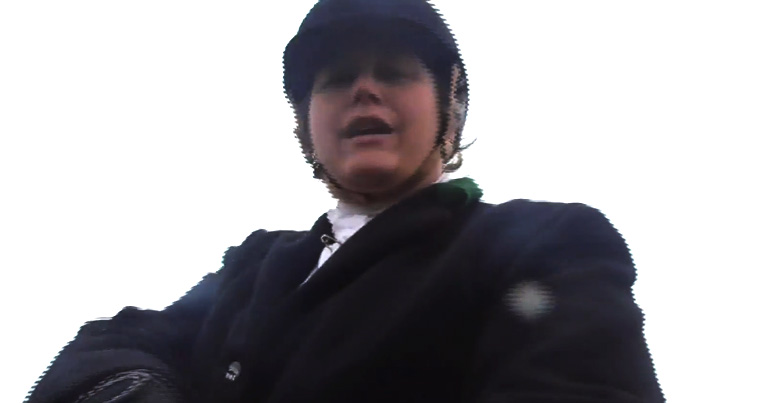 A member of Ashford Valley Tickham Hunt was convicted of assaulting a hunt saboteur. And details that came out in court were so disgusting that a clerk felt “physically ill”.

Rider Julie Hadlow was convicted on 13 August of assaulting a member of Kent Hunt Saboteurs. Hadlow sprayed a liquid described as “fox juice” at the unnamed sab on 31 December 2018. Kent Hunt Saboteurs published footage of the incident, which shows Hadlow pouring the ‘juice’ out of a filled plastic water bottle. When asked what it is, Hadlow said it was “piss”.

Harry Blackhurst, of Kent Hunt Saboteurs, told the Daily Mail that the substance was overwhelming:

He was really shaken up after the incident and when he got back in the vehicle he absolutely reeked.

We almost had to ask him to get out because we were feeling sick being around him. He got terrible blocked sinuses and a bad sore throat. He actually went to the doctors about it after and had a blood test.

made by boiling the body of a fox for at least 24 hours so the foxes pores open to release the scent that forms the rancid mixture.

The sab group said that a court clerk asked Staines to stop his statement because this description made her feel “physically ill”.

The Canary contacted Ashford Valley Tickham Hunt for comment but hadn’t received one at the time of publication. However, it told the Daily Mail that for laying trails in accordance with the Hunting Act, it used:

an ethically sourced scent which is derived from the products of a controlled wildlife management programme.

There have been questions over what mixture hunts use for laying trails. As The Canary reported in May 2018, some hunts claimed to import fox urine for it. However, freedom of information requests to the Animal and Plant Health Agency (APHA) showed it hadn’t licensed any fox urine imports between 2014 and 2018.

As a result, Blackhurst told The Canary:

I believe this is the first time a hunt have talked openly about how they obtain fox scent.

[The conviction] says they are aggressive and violent at heart… They were annoyed we were stopping them hunting and they lashed out.

Kent Hunt Saboteurs have recorded a number of violent incidents involving the Ashford Valley Tickham Hunt. In February, it says a member of the hunt shot its drone out of the sky as it filmed a group digging a fox out. In January, the League Against Cruel Sports called for the hunt to be banned from Tenterden after its supporters assaulted anti-hunt protesters during a 2018 Boxing Day event in the town. And in October 2018, Kent Hunt Saboteurs says a follower of the hunt caused a sab to fall and land on her head after shaking a gate she was climbing over.

The Ashford Valley Tickham Hunt claims that it’s “subjected” to harassment, provocation and “malicious trespass” by saboteurs. However, video evidence, and now a conviction, suggests that it’s the hunt responsible for such intimidating behaviour.