Girls closing achievement gap in maths and physics - The Canary 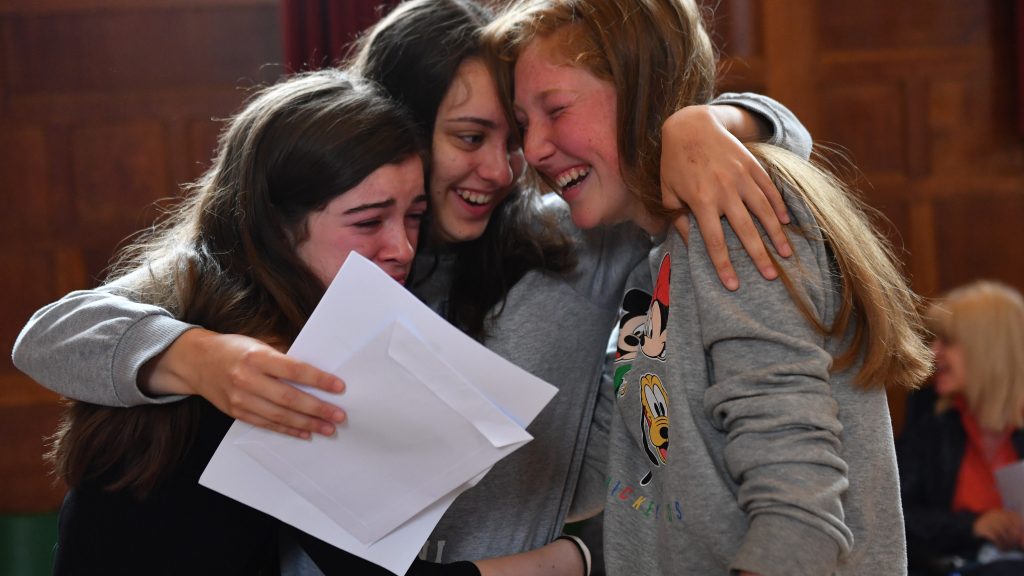 Girls are catching up with boys and scoring top grades in GCSE maths and physics.

Girls are achieving increasing numbers of grade 7 or above in the two subjects, in which their male classmates have traditionally scored better.

The number of boys achieving top grades in maths dropped slightly this year, with 16.7% of male entries being awarded a grade 7 or higher, compared to 16.8% last year.

At the same time, the number of girls getting top maths marks rose, with 15.5% of female maths entries receiving a grade 7 or higher, compared to 14.9% in 2018.

The figures come in the same year that female entries for GCSE computer science climbed by 14%.

Girls also continue to outnumber boys at the highest levels of achievement, as two-thirds of the students awarded straight 9 grades were female.

In total, 837 students who took seven or more GCSEs got grade 9s in all of their subjects, of these students, 556 were girls, and 281 were boys.

One scientist determined to get more girls interested in science, technology, engineering and maths (Stem) subjects was pleased to hear of girls’ achievements.

Dr Anne-Marie Imafidon, CEO of Stemmettes said: “This is welcome news and confirms what we already knew – science and maths are for everyone, of all genders.

“We can’t wait to see what this generation achieves in terms of innovation and solving the world’s problems with their knowledge, without the weight of outdated stereotypes and sexist biases.”

Geoff Barton, general secretary at the Association of School and College leaders, believes a change in attitude towards girls in Stem is evident at GCSE and A-level.

He told the PA news agency: “It mirrors what we were seeing last week when we saw more girls doing sciences than boys at A-level.

“The encouraging part of that is that females are thinking ‘this is as much a part of my world as it is my brother’s’, so I think that’s a really good thing.”