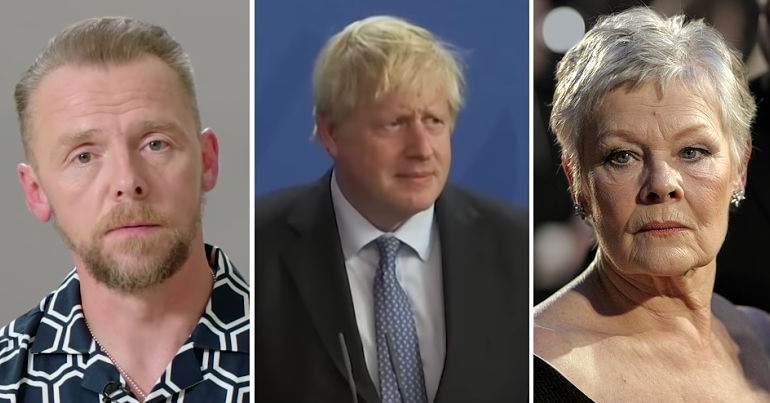 46 countries have given people a reason to be proud of the global community. They voted to end the cruel capture of wild (usually young) African elephants for exportation to foreign zoos and circuses.

The EU, however, didn’t vote on the issue at the Convention on International Trade in Endangered Species of Wild Fauna and Flora’s (CITES) tri-annual conference. Its absence was down to a technicality. But the bloc – which votes as a collective based on the majority preference chosen by its member states – is likely to vote on the issue at an upcoming session where the vote will ratified. Numerous NGOs and high profile figures like Judi Dench and Simon Pegg believe the EU intends to vote against the plan, which could be its downfall.

What a dismal final act as an EU member it would be if the UK chooses to support the continued torture of baby elephants who we rip from their families for ‘entertainment’.

As The Canary has previously reported, the practice to date, whereby baby elephants are brutally torn from their families in Africa and sold to countries to display in their zoos, is entirely legal. Because CITES, the body tasked with ‘protecting’ endangered species, permits it. Or, at least, that’s been the case until now.

46 countries have backed a plan, proposed by Burkina Faso, Jordan, Lebanon, Liberia, the Niger, Nigeria, the Sudan, and Syrian Arab Republic, to end the exportation. The proposal would see the definition of what constitutes an ‘appropriate and acceptable destination’ for export of elephants to be limited to “in situ” conservation programmes. Simply put, it means African elephants will stay in Africa.

Over the last 20 years, close to 200 predominantly young elephants have been forcibly removed from their families and herds in southern Africa, and shipped around the world to live miserable and often short and lonely lives in zoos and other captive facilities, predominantly in China. We have long campaigned against this heinous trade…

The export of live, wild-caught elephants for exploitation in zoos and other captive facilities does nothing for conservation or elephant management….

Bringing an end to this trade would be a hugely progressive step, and we will do all we can to ensure the vote is upheld. Most importantly we need the UK delegation, and those of other European Union Member States, to support an end to the suffering of elephants.

The problem is, a number organisations and celebrities believe the EU, at the behest of its members, will vote to keep the trade going. So they’ve released open letters to the EU calling on it to not be a barrier to progress. One from numerous conservation NGOs states:

During the [CITES] Committee debate [on the plan], the European Union and the United States both spoke against the ban… A ban on the live trade would mean that zoos and circuses across the EU would no longer have access to a steady flow of wild live elephants.

As it stands, we understand that the EU, contrary to the majority views of EU citizens, will use this opportunity to vote against ending the live trade in wild-caught elephants from Zimbabwe and Botswana to zoos, circuses and other captive facilities.

The world has been shocked to see distressing video and photos of terrified baby African elephants being rounded up and snatched from their families in the wild, to be shipped to zoos and circuses around the world…

Elephants are social and emotional creatures who form strong family bonds and suffer tremendously in captivity. Captured elephants can face horrific abuse during the capture process. Footage of wild-caught baby elephants awaiting export from Zimbabwe shows calves being beaten and kicked during capture. Some elephants have died during transit or shortly after arrival.

The Canary asked the Department for Environment, Food & Rural Affairs (Defra) whether the UK intends to support the ban. It had not responded by the time of publication.

These more recent letters follow another dated 25 July. This letter, written by Nomusa Dube, founder of the Zimbabwe Elephant Foundation and others, spoke of the deep connection between Africa’s people and its wildlife:

Before colonisation, elephants and other wildlife were deeply interconnected with our cultures and beliefs… In Zimbabwe, for example, we have a concept we call ukama. It is a Shona word that means the ‘interdependence of all that exists.’…

The concept affirms human relatedness with the earth and all its life.

Right now, the earth and all its life is in serious trouble. And CITES plays a big part in whether the beautiful and essential array of life on earth continues to plummet or bounce back. That’s why people are calling on it to protect baby elephants and leave them in their natural habitat. It’s also why the Campaign to Ban Trophy Hunting (CBTH) has called on CITES secretary-general Ivonne Higuero to encourage its members to reform rules on trophy hunting – another major threat to elephant populations and countless other species.

Whether the EU, acting on behalf of member states like the UK, has it in it to embrace ukama, and feel connected to the Earth and its life will become apparent when it votes. But we need the bloc to recognise that interdependence and act on it. Because humans depend on that array of life for the very air and water we need to survive. In their survival lies ours. As ukama symbolises, we are quite literally all in this together.