After making millions, mining companies leave a trail of destruction in their wake - The Canary 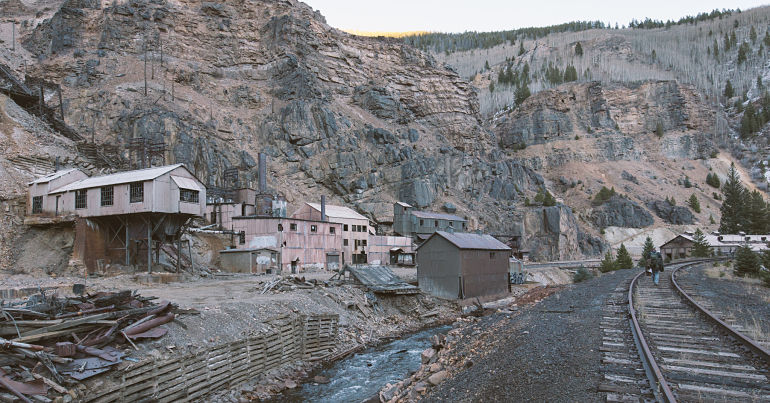 An investigation by Corporate Watch into Dalradian Gold Ltd’s proposed gold mine in the north of Ireland has further exposed the corrupt and dangerous side of mining.

These revelations about the environmental and financial record of mining companies mean we must oppose them and stop them destroying communities in the Sperrin Mountains of County Tyrone. And because of the people power that exists in the Sperrins, that’s very possible.

This mine, situated in an Area of Outstanding Natural Beauty (AONB), has links to a hedge-fund manager – Lord Farmer, who has donated to the Tories. Farmer is a former business associate of Oskar Lewnowski, the founder of Orion Resource Partners. Orion now owns Dalradian.

But more important for the people living near these mines are the environmental destruction and health risks that such companies leave in their wake. Because these mining companies have a record of raising money, making money, and then leaving a trail of destruction in their path.

The Corporate Watch investigation highlighted the environmental damage inflicted by such mining companies on the local environment. Worse still, many of these companies declare themselves bankrupt at the end of the operation, so they aren’t responsible for the environmental clean-up operation that’s needed.

Local people are left with this mess and the risk to their own lives. Sometimes, they are also left with an ugly eyesore. One such eyesore is Parys Mountain Anglesey. It was a metal mine which polluted nearby rivers and dumped into the Irish Sea. The area’s now effectively dead and so gloomy that it operates as the backdrop for science-fiction films.

Minco, a company bought by Dalradian in August 2017, signed agreements for mineral rights in the North Pennine Orefield in northern England. But despite a drilling programme to determine its viability for zinc, and even after spending £1.7m, it slowed down its plans when zinc prices tumbled.

That area is still exposed to environmental problems. The Wear Rivers Trust says:

Abandoned metal mines cause significant pollution in England and harm fish and river insects. They contribute up to half of all the metals, like cadmium, lead, zinc and copper, found in our rivers, streams and lakes. Most mines closed more than 100 years ago but continue to pollute about 1,500km of rivers. These metals are one of the most widespread causes of chemical pollution in rivers.

Orion recently closed a mine finance fund after it raised $2.1bn from investors. Apparently, trade reports say these funds include the pension funds of government workers in the US.

Orion makes profit by managing investors’ money and then taking a cut of the profits. But it’s difficult to know exactly how much it makes. Corporate Watch says Orion is based:

in the US state of Delaware, with key subsidiaries in tax havens such as the Bahamas and the Cayman Islands.

So it doesn’t have to disclose its financial affairs. But Orion founder Oskar Lewnowski made sizeable amounts in the past.

As The Canary has reported, local residents oppose the proposed goldmine in County Tyrone. One of the many reasons for their opposition is Dalradian’s proposed use and local storage of cyanide in the extraction process.

But on 13 August, Dalradian announced it will no longer use cyanide in the processing stage. However, local campaigners told The Canary they’re ‘sceptical’. They feel cyanide may be reintroduced at a later stage.

During the planning process Dalradian has listened to feedback and has responded by simplifying the process so that we don’t use cyanide or smelting. We have been doing additional studies and testing over the past 18 months to ensure the project is still economically viable with these changes and to amend the process.

Removing cyanide also means removing associated infrastructure at the proposed processing plant building, including leach tanks and the smelting furnace. The internal changes proposed to the processing plant mean that we will not be able to use cyanide at the site.

The fight against such financial power might seem impossible. But it’s not. While Dalradian’s announcement not to use cyanide may be cynical, it could also be seen as a response to public pressure. So public pressure works.

And if it worked in this instance, it can work if campaigners and interested people begin writing to inform investors, such as pension holders, of the damage their investment is doing. It could bring further announcements.