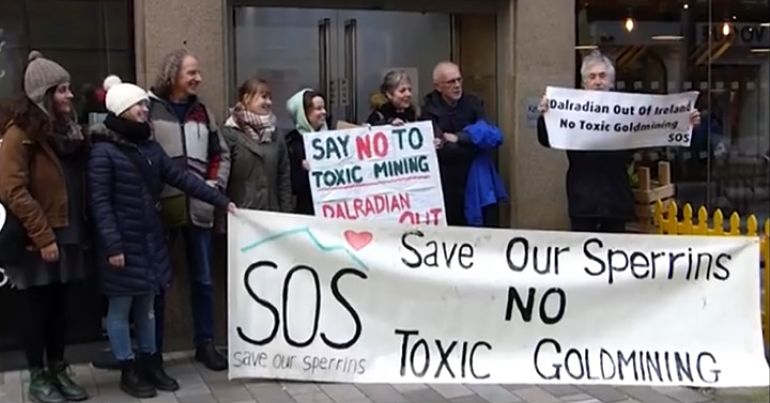 McAleer is chair of Save Our Sperrins (SOS) which opposes the proposed goldmine in the Sperrin Mountains. News of the death threats comes just days after McAleer claims a man threatened him with an iron bar near his home.

As The Canary reported, SOS fear its Area of Outstanding Natural Beauty (AONB) could turn into a toxic cyanide dump should Dalradian Gold Ltd get permission to mine there.

The Canary also reported these fears are based on the experience of cyanide leaks at other goldmines around the world. A dam burst in 2000 at the Baia Mare mine in Romania releasing 100,000 cubic meters of cyanide-contaminated wastewater into local rivers. Additionally, Barrick Gold Corp in Argentina faced sanctions in 2017 for cyanide spills.

Prior to the alleged iron bar threat, McAleer received an abusive phone call from a man claiming to oppose to the SOS campaign. During this phone call the man can be heard using abusive and threatening language.

The PSNI didn’t elaborate on who made the death threats, but a spokesperson told The Canary:

if we receive information that a person’s life may be at risk, we will inform them accordingly. We never ignore anything which may put an individual at risk

McAleer told The Canary he made a statement to police about the iron bar attack. He also said that while he’ll take “some more common sense precautions”, SOS will continue its campaign against the goldmine.