One hunt openly admits to killing foxes on public land in the Lake District. Yet it's still allowed to hunt. - Canary 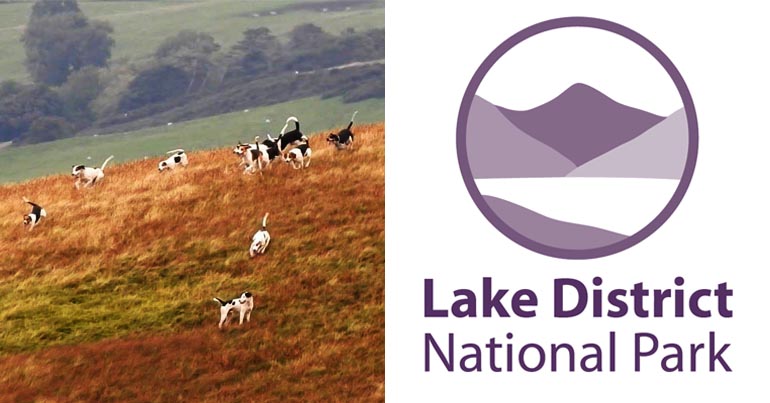 Documents shared with The Canary show that one Lake District ‘fell pack’ hunt admits chasing and killing foxes on a regular basis. Despite this, the Lake District National Park Authority (LDNPA) – a government-funded body tasked with preserving the region – still allows hunting on its land.

As part of its licence agreement with the LDNPA, a hunt agrees to fill in a ‘daily record sheet’ for each of its meets:

Coalition group Stop Hunting on the Nation’s Land submitted freedom of information requests to the LDNPA about hunting on its land. The returned documents included 120 sheets completed by the Blencathra Foxhounds for all seven seasons between 2012/13 and 2018/19. In addition to detailing the “death of any fox or hare”, each one also includes details about wildlife chased during a meet.

The Canary went through the documents and noted that:

That means, over seven years on LDNPA land, the Blencathra Foxhounds:

Chases also happened during consecutive meets. For example, the Blencathra Foxhounds chased a fox on both 8 and 10 November 2012. Hounds “possibly” killed a fox on 10 November. The sheets also show hounds chased foxes on 11, 13 and 15 November 2014. Both the 11 and 15 November meets resulted in hounds definitely killing a fox, while the 13 November meet possibly killed a fox. Meets on both 15 and 17 December 2016 resulted in hounds chasing foxes.

All of this is by the Blencathra Foxhounds’ own admission.

The Canary approached the LDNPA with these figures and asked whether the frequency of chasing and killing foxes raised alarm bells. A spokesperson for the organisation said:

We keep this area of activity under review and maintain a constructive relationship with the police, other landowners, the Fell Packs and other legitimate stakeholders. We meet regularly with representatives of the Fell Packs operating on our land and if any incidents are reported to us, we investigate directly with the Fell Pack concerned.

There is a licence obligation to fill in a daily record sheet for each outing, which has details of some of the mechanics of the activity and in particular records any incidents. These are to be submitted at the end of the year as a batch, but the licence also requires us to be notified within 24 hours of any incident. …

Whenever third parties contact us with allegations of illegal or unlicensed behaviour on LDNP land, we investigate with the fell pack in question.

The spokesperson also said that its licence agreement ‘stresses’ the need to act within the law. As a result, the body reserves “the right to withdraw licences, or take other appropriate action, if there is robust evidence of a breach of the law or other terms of our licence”. It also said that police handle all accusations of illegal activity on its land.

In the US, fox urine is collected by ‘farming’ foxes. To gather enough urine for multiple trails per week, hunts would likely need to do the same. There are no known fox farms in the UK. As a result, if the Blencathra Foxhounds (or any other hunt) does use fox urine for its scent, it’s likely importing it. But as The Canary previously reported, the Animal and Plant Health Agency (APHA) didn’t authorise any importation of fox urine between 2014 and 2018.

The Canary pointed out to the LDNPA that APHA hadn’t authorised urine importation for many years. It said:

We are aware that no licences have been granted in relation to the substance used to lay trails. All those hunts which we monitored last year informed us that the substance being used was prepared for them by a warriner [gamekeeper]. We did not test the substances last year but will be doing so this year. The method of procurement as far as we are able to determine is not illegal.

On 15 October, The Canary reported that the National Trust in the Lake District had decided to stop licensing fell packs, including the Blencathra Foxhounds. This was due to the conduct of the hunts. However, despite the Blencathra Foxhounds openly admitting to chasing and killing foxes, the LDNPA appeared to take little action until saboteurs and other campaigners started bringing the issue to light. A spokesperson for LDNPA said it now has:

new arrangements for LDNP staff to attend outings in order to satisfy ourselves that each fell pack can and is operating within the terms of the licence, this will include requiring evidence of the source of the scents used in the activity to ensure procurement is legal.

But that’s not the only issue. The National Trust banned animal-based scents in order to stop hounds “accidentally” chasing wildlife. However, Stop Hunting on the Nation’s Land told The Canary that the LDNPA still allows hunts to use a fox-based scent. It’s no surprise, then, that the Blencathra Foxhounds frequently chase and kill foxes.

The National Trust is deeply criticised for its handling of hunts. But even it appears to take greater action against hunts than the LDNPA. This publicly-funded body must step up immediately.