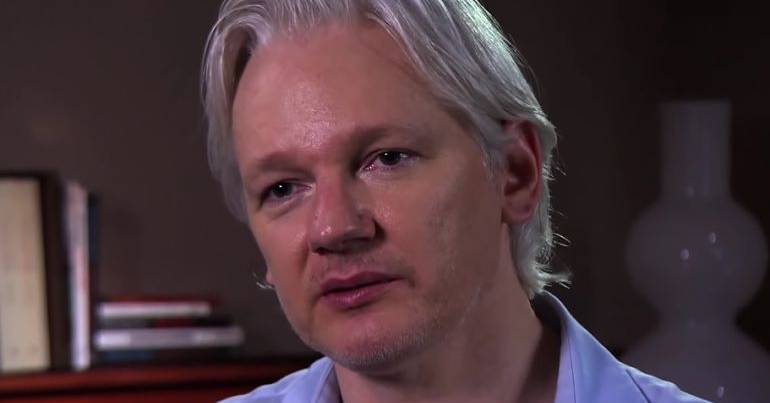 WikiLeaks founder Julian Assange appeared in court on 21 October in his efforts to fight extradition to the US. Numerous outlets reported on it. Bloomberg described the journalist as “mumbling”. Another said he seemed “frail and confused”. Many mentioned that Assange ‘struggled to say his name’ during the appearance.

Essentially, they painted a picture of the WikiLeaks founder as weak and clueless. His comments in court, however, were very lucid. Clearly, Assange is not in the best health; but he’s far from the hopeless wreck the media tried to portray.

“This is not equitable”

British authorities are currently detaining Assange in Belmarsh prison after the Met Police arrested him in April. The US is seeking his extradition from the UK for prosecution over WikiLeaks‘s journalistic work.

6 months ago, Julian Assange was arrested. Since then his worst fears have been confirmed as he’s been accused of 17 charges of Espionage in the US, where he faces 175 years in prison. For journalism.

During his appearance in Westminster Magistrates’ Court on 21 October, district judge Vanessa Baraitser asked him if he understood what was happening in court. The Guardian reported that “he appeared to say” that he didn’t ‘really’ understand and couldn’t ‘think properly’. He then explained what exactly was difficult to understand:

I don’t understand how this is equitable. This superpower had 10 years to prepare for this case and I can’t access my writings. It’s very difficult where I am to do anything but these people have unlimited resources.

They are saying journalists and whistleblowers are enemies of the people. They have unfair advantages dealing with documents. They [know] the interior of my life with my psychologist. They steal my children’s DNA. This is not equitable what is happening here.

By any standards, this is a clear and coherent statement. The WikiLeaks founder expresses a firm understanding of the unfairness in his current fight with the US authorities over extradition for his work.

Investigative journalist John Pilger visited Assange a few days before the court appearance. And his impression of Assange resembled the performance the latter gave in court:

I saw Julian #Assange today in Belmarsh prison. Denied the tools to prepare his defence against extradition to America, his resilience endures. On Monday he appears at Westminster Magistrates Court where his epic fight begins. It's the fight of democracy. Join us.

Former Mayor of London Ken Livingstone and Pilger were among Assange’s supporters in a packed public gallery, while dozens of protesters gathered outside court.

The Westminster Magistrates’ Court appearance was, however, solely about Assange’s potential extradition to the US. In court, Mark Summers QC said:

Our case will be that this is a political attempt to signal to journalists the consequences of publishing information. It is legally unprecedented

Summers also claimed the US was involved in invading his client’s legal privilege:

The American state has been actively engaged in intruding into privileged discussions between Mr Assange and his lawyers in the embassy, also unlawful copying of their telephones and computers (and) hooded men breaking into offices

Assange’s defence lawyers asked for more time to gather evidence. The judge denied the request. His next case management hearing will take place on 19 December, before a full extradition hearing in February.

Former home secretary Sajid Javid signed an order in June allowing Assange to be extradited to the US over the allegations relating to his journalistic work. Government prosecutor James Lewis QC was also firmly against the judge giving Assange any extra time to prepare his case.

Clearly, the full weight of the British and US state apparatus is bearing down on the WikiLeaks founder in this extradition case. That was made explicitly clear in a statement by Nils Melzer, the UN special rapporteur on torture, in May. He urged the UK not to extradite Assange to the US, saying:

In 20 years of work with victims of war, violence and political persecution I have never seen a group of democratic States ganging up to deliberately isolate, demonise and abuse a single individual for such a long time and with so little regard for human dignity and the rule of law

Assange’s own comments in court show he’s well aware of the titan he faces. He’s not the mess the media is making out. And as a letter he sent from prison shows, he’s also aware this fight isn’t just about him:

It’s not just me. It’s much wider. It’s all of us. It’s all journalists, and all publishers who do their job who are in danger.