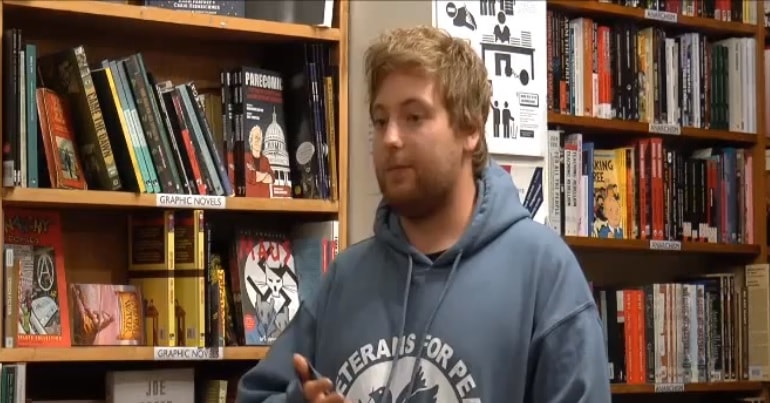 British military veteran Mike Lyons is the latest to throw his support behind award-winning WikiLeaks founder Julian Assange. The current chair of the Veterans for Peace UK (VfP UK) Policy Group has released a statement explaining the “profound impact” that WikiLeaks exposés have had on his life and career in the Royal Navy.

According to a recent statement by VfP UK, WikiLeaks‘s Iraq War Logs and Afghan War Diaries:

Lyons said he would be “eternally grateful” .

On the other hand, Hillary Clinton – who supported both wars – recently said Assange “must answer for what he has done” in the US.

We were the good guys; they were the ‘bad guys’

Lyons says that, until these revelations, he “never questioned the official line”. He writes:

We were there to get the ‘bad guys’, empower women and build a safer future abroad and at home by ‘winning hearts and minds.’

Those arguing otherwise, meanwhile, were “hippies” who just “didn’t understand”.

But as he poured through countless pages of raw data from official US military documents, the five-year submariner medic had a very rude awakening. He read about “underreported civilian casualties” and “air strikes ordered on a wedding party and family compound”. The notorious Collateral Murder video also had a significant impact on him.

Strangers and colleagues alike pilloried Lyons when he ended up applying for conscientious objector status. The “strangely aggressive [military] Chaplain” denied his application because Lyons is an atheist. So apparently, atheists can’t have moral objections to being a party to war crimes.

Lyons also writes that his commanding officer called him a “cancer”. He lost friends, his career and his liberty for seven months. Ultimately, the military “dishonourably discharged” him.

But he doesn’t sound as though he regrets his decision. On the contrary, he said he would be “eternally grateful” for the “bravery” and “sense of morality” of people like Assange and whistleblower Chelsea Manning who:

have faced treatment tantamount to torture since the release of those files.

“Lying is the most powerful weapon in War, and it always will be”

At the time of publishing this article, all of the comments underneath Lyons’s statement are supportive; including one from Mike Hastie who wrote:

When I came back from [the US war in] Viet Nam as an Army medic, I finally realized I was the enemy in Viet Nam. My core belief system was completely dismantled, as I felt totally betrayed by a country that was enveloped in total madness. Lying is the most powerful weapon in War, and it always will be. I did not serve in Viet Nam for the cause of freedom and democracy, I served Big Business in America for the cause of profit.

In addition to US charges related to the leaks mentioned above, Assange also faces allegations of sexual assault from women in Sweden. The most serious case is currently inactive, but Swedish authorities are reportedly considering reopening it. Assange’s lawyer has insisted that “Julian has never been concerned about facing British justice, or indeed Swedish justice”. It is “American injustice”, she said, that concerns him.

The journalist remains in custody in Belmarsh prison in London, awaiting potential extradition to the US.