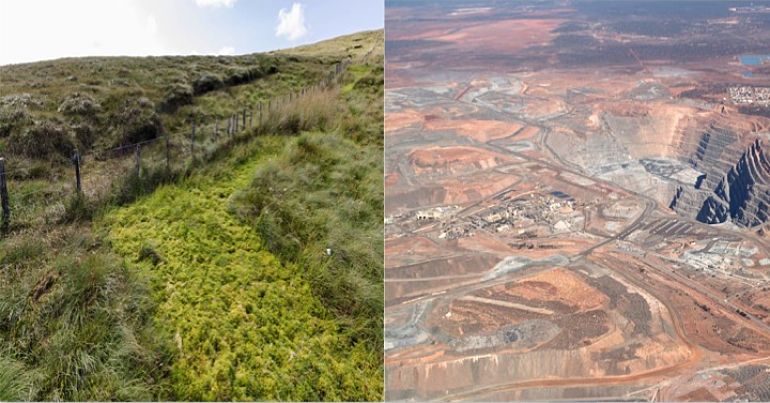 The Greencastle, Rousky, and Gortin (GRG) residents group challenged the Department for Infrastructure‘s decision to consider the planning application from Dalradian to mine the Sperrin Mountains for gold.

According to a press release seen by The Canary, GRG took a judicial review to examine “alleged flaws” in Dalradian’s pre-application consultation prior to submitting its application.

failed to have regard to material considerations, including substantive flaws in the pre-application community consultation process, when deciding not to decline to determine the planning application pursuant to section 50 of the Planning Act (Northern Ireland) 2011.

GRG’s legal team believes there are “key errors in the high court’s ruling”. So it’s submitting an appeal. It believes Dalradian’s presentation to the public at the pre-application stage was “so far removed from the final proposal” that the Department shouldn’t have considered the application. GRG believes the court of appeal needs to consider it further.

We have taken this matter to the Court of Appeal as we firmly believe that there are still substantive issues of law and fact that have not been addressed following the High Court’s decision in February.

Conway went on to say:

We are the people who will be directly impacted by a processing and waste storage facility right on our doorsteps.

Locals have used different methods to show their opposition to the mine. On 19 January, a local campaigner, Cormac McAleer, climbed onto Dalradian test drilling equipment. McAleer then chained himself to the equipment and brought it to a standstill.

On 12 March, according to a letter seen by The Canary, Fermanagh and Omagh District Council (FODC) demanded locals remove a protest caravan from a road near the proposed goldmine site. On 13 April, protesters removed the caravan from the ground and placed it in the trees above.

The following day, locals held a sit down protest outside the proposed goldmine site. And on 17 April, amid angry scenes at a FODC meeting, campaigners attempted to gain access to the council chamber.

Before mining can go ahead, it needs the examination of a public inquiry. So while dismissing the residents’ bid for a judicial review, the high court judge also predicted that the court case may be;

the first major staging post in a lengthy legal struggle.

GRG residents told The Canary they will continue to challenge the mine “in the strongest possible way.”