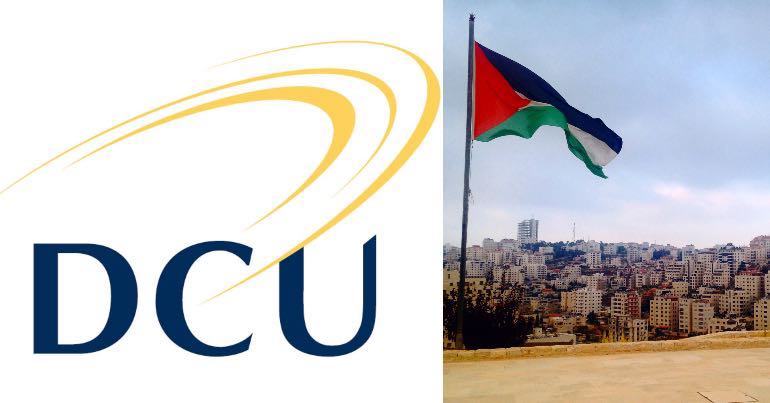 Students at Dublin City University (DCU) in Ireland have voted in favour of boycotting Israel. They voted by 1,400 votes to 300 to align their students’ union with the Boycott, Divestment, and Sanctions (BDS) movement.

The referendum had previously been held in March; but after a technical error, officials decided to cancel the result. Instead, they organised another referendum. And as a result, the DCU students’ union now has the authority to “campaign on issues related to Palestine, and lobby DCU to end ties with Israeli companies and institutions”. The DCU Students for Justice in Palestine (SJP) society promoted the referendum.

A yes to the boycott

Announcing the results, SJP took to Facebook to declare:

It is with immense honour and excitement that DCU Students for Justice in Palestine are (finally) able to announce that DCU Students’ Union have voted 81% in favour of standing in solidarity with Palestine by publicly aligning the union with the BDS movement.

The referendum, it stated, was their “chance to write DCU history” by standing with the Palestinian people. It also argued that, considering the existence of apartheid in Israel:

we have a moral responsibility to take an emboldened and clear stand for what is right.

And as a result of the successful vote, DCU now joins other Irish educational institutions in supporting a boycott of Israel.

Reactions to the yes vote

The chairperson of SJP also celebrated the yes vote on Twitter. She said that students decided to support the Palestinian people because Israel’s “apartheid is hard to defend when it’s laid out in plain facts”.

The Palestinian Campaign for the Academic and Cultural Boycott of Israel (PACBI) also welcomed the yes vote. On Twitter, it said that it was “Great news!”. What’s more, it pointed out that:

The Ireland Palestine Solitary Campaign (IPSC) voiced its happiness with the outcome of the referendum too. On Facebook, it declared:

Amazing news, 82% is just huge. Well done all who voted for justice for Palestine and to boycott apartheid Israel.

Learn about the BDS movement.
The 2019 Eurovision Song Contest is scheduled to be held in Israel. Palestinians are calling for a boycott of the event. Learn how to support the campaign.