While the Tories put the NHS 'up for sale', here's what Labour will do - The Canary 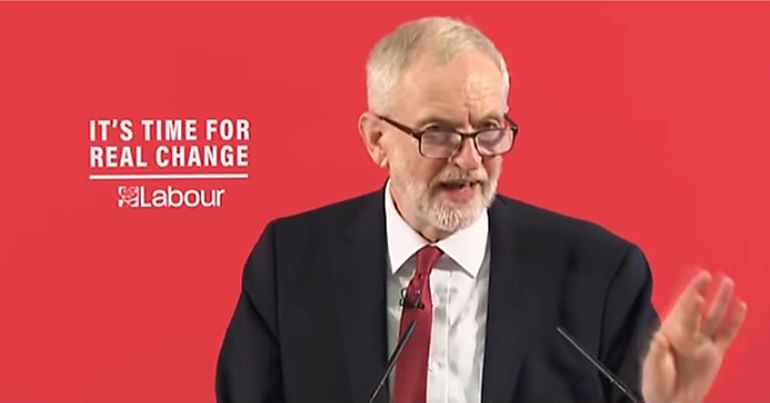 Labour’s pledge to put £26bn of extra funding into the NHS in real terms stands in stark contrast to the downward direction of Conservative-led governments’ spending since 2010. The two parties are also polar opposites when it comes to privatisation as Labour believes none should “profiteer from the NHS”.

And there are very real concerns about Conservative plans for the NHS in a post-Brexit trade deal with Donald Trump’s US. So there’s never been a more critical time to stand up for the NHS, and to support the party that wants a health service which serves the British people.

Privatisation of the NHS

Labour’s planned investment in the health of the nation and commitment to end privatisation is in stark contrast to the Conservative Party. Because the Conservatives have handed out £15bn in NHS contracts to private firms since 2015. This completely contradicts claims made by health secretary Matt Hancock. Hancock claimed:

there is no privatisation of the NHS on my watch

He also denied the NHS is “up for sale”. But the value of these contracts has been on the increase since 2015. In fact it’s risen by 89%. Richard Branson’s Virgin Care has been one of the biggest beneficiaries, picking up contracts worth £579m. And while a number of contracts have also gone to community interest groups, the NHS budget going to private healthcare firms is higher than ever before.

Conservatives can’t be trusted with the NHS

But it’s hardly surprising the Conservatives have given such support to private health care. As far back as 2004, Boris Johnson wrote a column in the Daily Telegraph in support of greater private health care. Much more recently, Johnson hosted an initiative – at the taxpayers’ expense – to encourage US companies to compete with the NHS in post-Brexit trade deals

Labour’s shadow health secretary Jonathan Ashworth said it’s been “crystal clear” in the election that people don’t believe Johnson on the NHS. This comes at a time when the Conservatives are under fire for talks with the US about a post-Brexit trade deal that could include the NHS. Johnson denies this, however. By contrast, shadow chancellor John McDonnell has promised to eradicate all forms of privatisation from the NHS.

Furthermore, data from October this year highlights a decline in GP services. It shows that 2.45 million people waited between 15 and 21 days to see a GP or other practice clinician.

Unlike the Conservatives, Labour’s plan is to bolster the NHS, undo years of Conservative damage, and end privatisation. Labour’s election manifesto states:

Our immediate task is to repair our health services.

Our urgent priority is to end NHS privatisation.

Our mission is to create the conditions to prevent illness and enable people to live longer, healthier lives.

To achieve this, it promises to increase spending across the sector by 4.3% per year. This investment would help “stabilise our overstretched A&E departments”. Additionally, it will:

Labour pledges to end privatisation in the NHS and it aims to achieve this in the next parliament. Jeremy Corbyn believes privatisation “promotes excessive boardroom pay and grotesque inequality”.

Part of Labour’s spending plans for the NHS includes “£1.6 billion a year to ensure new standards for mental health are enshrined in the NHS constitution”. This will help create equality between mental and physical health treatments.

The Labour manifesto also promises to invest in the training and development of NHS staff and “guarantee real-terms pay rises every year”. The Conservative Party on the other hand appears to be making the numbers up. It claims it will add 50,000 nurses to the NHS. But this doesn’t stack up, because it also admits that it’s counting staff retention as part of the increase and 18,500 of these nurses are already working in the NHS.

Once in a generation

Corbyn claims this election is a “once-in-a-generation chance to transform our country”. And in terms of the NHS, that’s certainly true. Because Labour plans to protect it and repair the damage done by the Conservative Party.

The Conservatives seem intent on privatising and selling off the NHS to the highest bidder. So there’s never been a more critical time to stand up and vote for the party that will look after the NHS. And do so in the interests of the British people.