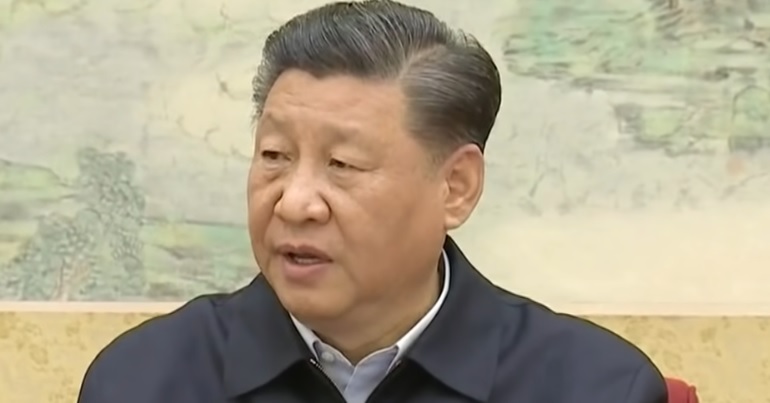 China has made great strides in tackling the new coronavirus (Covid-19). So much so that, as other countries increase measures to limit the pandemic, it is starting to ease restrictions on citizens. The country has, however, come under criticism for one deeply disturbing ‘treatment’ it’s recommending to sufferers.

China’s National Health Commission recently released its latest advice on diagnosis and treatment for coronavirus. It prescribes both modern medicine and traditional Chinese medicine (TCM) as treatments for the disease. As the Environmental Investigation Agency (EIA) highlighted, one of the TCMs it recommends in the advice is “Tan Re Qing” (Tanreqing) injections. The Commission lists this as a treatment under “Gas-Ying burnt syndrome” (and for “Severe” cases). The symptoms it describes for this syndrome are:

fever, thirst, shortness of breath, dizziness in admonitory language, missupervision of vision, or macular rash, or hematemesis, haemoptysis, or limb convulsions. There is little or no fur in the tongue, fine pulse sink, or large and floating tongue.

According to one 2017 study, Tanreqing is:

So the commission is recommending a medicine containing “bear gall powder” – commonly referred to as bear bile – for the treatment of coronavirus.

Although historically extracted from wild, killed bears, bear bile is often now obtained on farms. The practice causes “unimaginable suffering” to bears, according to charity Animals Asia. It explains:

A number of techniques exist, all of which are particularly gruesome… each involves bears being kept in tiny cages. Extraction methods [of bear bile from the animal’s gall bladder] range from “free drip” where the bear suffers a hole in their gall bladder, to the insertion of permanent catheters.

Bears literally grow up in tiny cages to the point where their bodies have contorted to fit the bars. Most have few teeth left due to literally trying to chew their way out.

In response to the coronavirus outbreak, the Chinese government temporarily banned consumption of most wildlife in food. The closure of wildlife farms across the country due to the ban revealed the vast scale of the industry, with some 20,000 farms shuttered. China responded to the outbreak with this prohibition because it’s widely thought that the new disease originated in wildlife.

But the ban doesn’t include consumption of wildlife in TCM. EIA wildlife campaigner and China specialist Aron White said:

Restricting the eating of wildlife while promoting medicines containing wildlife parts exemplifies the mixed messages being sent by Chinese authorities on wildlife trade.

Aside from the irony of promoting a wildlife product for treatment of a disease which the scientific community has overwhelmingly concluded originated in wildlife, the continued promotion of the use of threatened wildlife in medicine is hugely irresponsible in an era of unprecedented biodiversity loss, including illegal and unsustainable trade.

Both Animals Asia and the EIA point out that Chinese people overwhelmingly object to bear bile farming and want larger restrictions on the wildlife trade in general. Meanwhile, as White asserted, using wildlife in traditional medicine is by now “totally unnecessary” with the “availability of acceptable herbal and artificial alternatives“.

Societies throughout the world – in the past and present – have tortured animals in the name of medicine. Animal experimentation is one such macabre and brutal – yet widespread – practice. In 2018, for example, the UK dramatically accelerated the use of wild-caught monkeys in experiments. In total, UK labs used 2,472 primates in 3,207 procedures in 2018, according to Animal Free Research UK.

We’re now in a climate crisis, involving massive biodiversity loss and devastating pandemics – both caused by our use and abuse of the natural world. It’s way past time for us to change our ways. We must start respecting and nurturing the natural world and its inhabitants. That goes for China and every other country around the world.