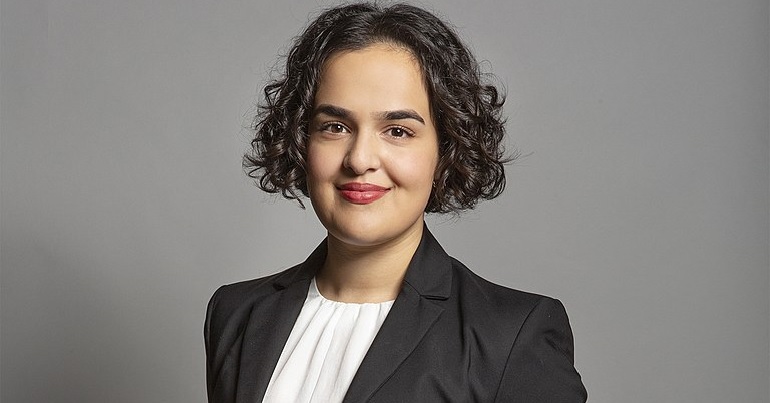 Nadia Whittome is the UK’s youngest MP. Her response to the coronavirus (Covid-19) crisis sets a powerful example for her parliamentary colleagues.

Before entering parliament, Whittome was a care worker. Amid the coronavirus pandemic, she’s returning to the job part-time. She’ll donate her salary from this role to a local coronavirus support fund.

Whittome will be making food and feeding people at a retirement village in Nottingham from 24 March. With retraining, she’ll also administer medication.

As the BBC reported, she highlighted that:

Social care is in absolute crisis…

I’m worried it is going to mean that the social care system is going to fall apart at the seams – so I’m pitching in.

Just a few weeks ago, home secretary Priti Patel was labelling some of the workers who are key to keeping the country going right now as “low-skilled“. Even a Tory MP has now questioned this, saying “many people that we consider to be low skilled are actually pretty crucial to the smooth running of our country and are in fact recognised key workers”. As Whittome announced she was returning to care work, she also stressed that:

The same people Priti Patel labelled as ‘not skilled’ are keeping the country afloat.

The government is not going far or fast enough to stop the spread, and #CoronavirusBillUK risks worsening the social care crisis.

Tomorrow I return part-time to my previous job as a care worker because our care system is in danger of falling apart at the seams during #COVID19. pic.twitter.com/bSnuhc4evF

She hopes that her return to her former job will help to “give profile and recognition to the workers responsible for the dignity, well-being, and health of so many”.

Whittome has also joined increasingly prominent calls recently to introduce a universal basic income (UBI) to deal with the coronavirus crisis. This would see governments give all citizens a regular amount of money to cover essential living costs. She and around 170 parliamentary colleagues called for UBI in a recent letter, stressing that it “would protect self-employed workers and those in precarious employment”.

Every day that passes, the case for Emergency Universal Basic Income is harder to ignore. Well done @alexsobel. https://t.co/00PA6sOze6

Others have also highlighted the dangerously large difference in government protections for employed and self-employed people:

All workers – both employed and self-employed – should have their wages protected. pic.twitter.com/Tk46tjXFyh

Even the Health Secretary, Matt Hancock, admitted he couldn't survive on £94 a week Statutory Sick Pay that self-employed people are supposed to live on.

The government is protecting incomes for employees.

It must do the same for self-employed, agency and zero hours workers.

Standing up for workers

At a time of crisis, it would be easy for MPs and others to focus primarily on protecting themselves. But Whittome has set an impressive example for her colleagues by going back onto the frontline and standing up for low-paid workers. And this is exactly the kind of solidarity and community spirit that Britain so desperately needs right now.