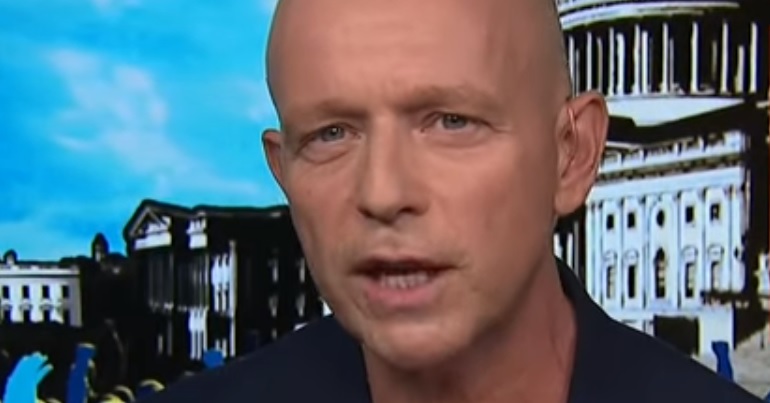 Steve Hilton helped to kickstart Britain’s austerity era. As David Cameron’s “closest adviser” until 2012, the Independent once called him “the advertising wizard who packaged and marketed” Cameron to the public. But now, Hilton has used the deadly austerity regime he nurtured into power as an argument against taking strong action to deal with the coronavirus (Covid-19) pandemic.

On his weekly Fox News show, Hilton argued that the US should not ‘shut down’ to deal with the coronavirus crisis. Why? Because ordinary people would later ‘have to’ suffer through austerity to pay the price. To demonstrate his point, he mentioned how at least 130,000 people died as a result of the UK Conservative Party’s ideological austerity.

Hilton suggested that “the cure is worse than the disease”, saying “this total economic shutdown will kill people”. This is clearly the hard-right’s message in the US at the moment. Because on the same day, Donald Trump tweeted “WE CANNOT LET THE CURE BE WORSE THAN THE PROBLEM ITSELF”. But Hilton took an odd turn in order to explain why, arguing that:

A UK study calculated that 130,000 people died avoidably from austerity there between 2012 and 2017. The years of austerity for America to pay the cost of this shutdown will be worse.

I suspect that Trump all-caps tweet is a livetweet of Fox from tonight (though obviously @MattGertz would know for sure). Host Steve Hilton used similar language. (No way that Trump read that Medium piece) pic.twitter.com/VS0I29Xgqx

As journalist Mehdi Hasan pointed out, it was particularly ironic for Hilton to invoke austerity deaths in his argument:

To be clear, especially to Americans who may be unaware: the austerity in the UK that Steve Hilton now decries (and rightly attributes 1000 of unnecessary UK deaths to!) began on his watch as key adviser to then Prime Minister David Cameron in 2010. FFS!

Since 2010, the billionaire–backed Conservative Party and its allies have inflicted devastating, unnecessary austerity on the UK. This intensified both regional and economic divisions. It also starved the NHS while severely reducing public funding for education, social welfare, the justice system, councils and housing. It sparked a rise in poverty, foodbank usage, and widespread suffering for some of the most vulnerable people in Britain too. One recent report, meanwhile, revealed what one expert called a “national scandal”, with life expectancy slowing and health inequalities widening between the wealthiest and poorest parts of England.

Allowing things to get this bad was a political choice that the Conservatives made. It was not a necessary result of the 2007/8 capitalist crash. Political elites simply exploited the crisis to further their own interests. They chose to bail out the banks and inflict crushing austerity on ordinary people. Indeed, as US presidential hopeful Bernie Sanders pointed out recently, they can always find billions upon billions to protect banks and wage wars; just not for protecting ordinary people and their interests.

A people’s bailout is completely possible – and necessary

Governments don’t have to follow doctrines that lead to thousands and thousands of deaths. Hilton may not like it, but there is a different path. Over 500 international academics and public figures, for example, recently joined calls for governments to support people with an “emergency universal basic income” (UBI). This would see governments give all citizens a regular amount of money to cover essential living costs. The academics said UBI “should play a central role in the emergency response” to the coronavirus crisis. One Oxford economics fellow stressed that £1,000 per person would cost £66bn a month – “a fraction of the nearly £500bn bailout the UK needed to stay afloat during the 2008 financial crisis”.

In short, we don’t need to listen to right-wingers who were fine with bailing out banks and letting ordinary people die under austerity. We can, and must, ensure that any coronavirus bailout is a people’s bailout. Anything less is unacceptable.