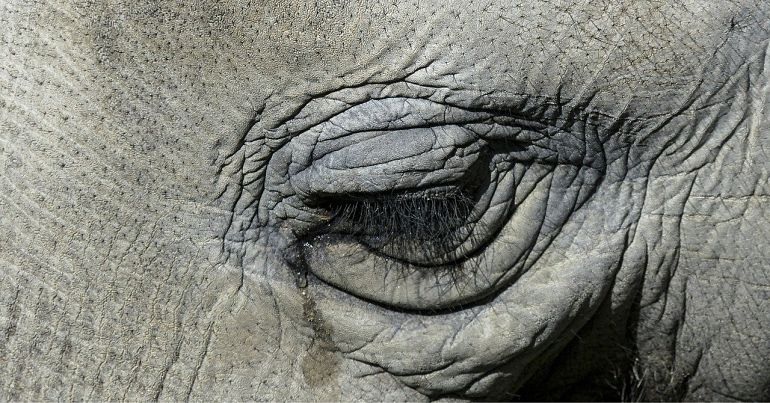 There aren’t many upsides to the coronavirus (Covid-19) pandemic. But one of the few that do exist is that animals which hunters planned to gun down this year have received a brief respite.

Botswana’s government, however, has just snatched that reprieve from the elephants in its country. Because the authorities have announced an extension to the hunting season. For hunters and safari companies set to profit from the massacre, it’s welcome news.

For the elephants concerned, it’s a death sentence.

Botswana banned trophy hunting in 2013/14. As wildlife economist Ross Harvey recently pointed out in the Revelator, one of the reasons the country introduced a moratorium was because “excessive trophy hunting was considered among the potential causes of the decline” of the numbers of wildlife species. Due to the ban and other policies, such as arming anti-poaching units, the country became one of Africa’s last safe havens for these magnificent creatures. Botswana is home to around a third of Africa’s remaining wild elephants.

Former president Ian Khama brought in those protections for wildlife. But another president came along in 2018 and undid them. Khama’s successor Mokgweetsi Masisi disarmed the anti-poaching units quickly, without explanation. Lifting the trophy hunting ban took more time. But 2020 was due to be the first season, after holding hunting auctions earlier this year. Masisi’s government has allocated the ‘sell off’ of 272 elephants for hunting in 2020. Commenting on the figures, Khama said:

No scientific work was done on numbers to hunt or places to do so.

But then coronavirus hit the world. To the relief of many opponents of the slaughter and the dismay of hunters and safari companies set to enjoy or profit from the killing, it looked like Botswana’s first elephant hunting season would be cancelled. Nature’s devastating virus was to save the elephants’ skins, literally.

The price of everything and the value of nothing

But Masisi’s government has chosen to extend the hunting season. In an update on coronavirus measures in the country, seen by The Canary, the Ministry of Environment, Natural Resources Conservation and Tourism said:

The hunting season will be extended until December 2020. The decision will be reviewed in light of developments on COVID 19 and if necessary, extended…

Masisi’s government has championed bringing back hunting as a way to control elephant populations and human/elephant conflict. However, wildlife conservation writer Jared Kukura wrote in the Wild Things Initiative that a study by Botswanan professor Joseph Mbaiwa “proved crucial in winning over support for a reversal of the hunting ban”. Kukura said that Mbaiwa is a business partner of US hunter and safari owner Jeff Rann, who “won two elephant hunting packages” for 2020. Kukura clarified:

If you’re following along, we have a scientist, whose study was influential in overturning a hunting ban, directly profiting from the decision

A number of conservationists disagree with the government’s assessment, arguing that there are non-lethal ways of ensuring communities have a peaceful and advantageous relationship with elephants. Meanwhile, Harvey pointed out that:

each elephant contributes to the dynamics of the ecosystem and improves the functionality of forests and savannahs as effective carbon sinks. A whole host of other species depend on elephants’ movements, which create forest corridors and shape the habitat. Elephant droppings fertilize forests and savannas and carry seeds to new locations…

And then there’s the value to people. A 2014 report estimated that elephants are each worth more than $1.6 million in ecotourism alone. Purchasing an elephant at an auction for $39,000 and selling it on to a trophy hunter for $85,000, therefore, seems not only ethically callous but economically senseless.

The debate around trophy hunting and its value (or not) to conservation is a contentious one. But the coronavirus pandemic, which has stopped this killing industry in its tracks, has provided a window of opportunity to focus on alternatives to it. Such a search for alternatives is arguably vital, because it’s unlikely that this pandemic will be the world’s last. So pandemic-resistant, climate-crisis-resistant options – meaning alternatives that don’t depend on lethal or non-lethal tourism – for conserving species and supporting the communities they co-exist with are a must.

Masisi has rejected that chance by extending the season. While the hunting fraternity will be rubbing their bloody hands with glee at the decision, it gives few others reason to rejoice – least of all the 272 doomed elephants and their families.