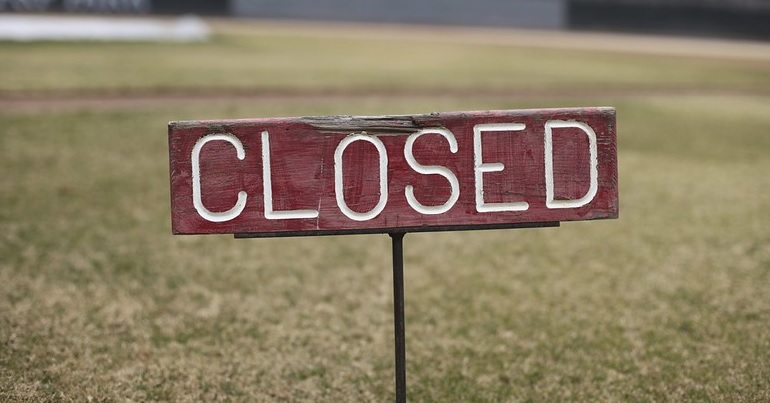 Over 27,000 people around the world have died of coronavirus (Covid-19) as of 28 March, according to the Johns Hopkins University tracker. But the disease isn’t leaving death and destruction in its wake for all of the world’s inhabitants. In a number of cases, the pandemic is actually saving lives, in the short-term at least.

‘The worst animal cruelty in the world”

The Independent reported that one elephant park in Thailand – Chiang Mai’s Maesa Elephant Camp – has closed its doors to visitors. This is not an anomaly; numerous such parks have closed in the country due to the coronavirus pandemic. The New York Times claimed that the disease has put over 1,000 Thai elephants “out of work”.

However, “work” for these elephants is brutal and often life-threatening. Parks and their keepers force them to perform, parade or carry tourists via torture. Charity Action for Elephants UK has described the lucrative practice as “arguably the worst case of animal cruelty in the world”.

Save the Asian Elephants (STAE) founder Duncan McNair previously explained to The Canary what the ‘training’ for these elephants entails:

The baby is taken away [from its family in the wild] far too young… sometimes only three or four months old… taken away, isolated, which is disastrous, psychologically for… highly social animals. It’s kept awake with massive noise, it’s starved and dehydrated. It’s often put in a wooden cage called a crushing cage… and the bars are gradually closed in on it. Then it’s beaten and stabbed… and sometimes set on fire, on its legs, repeatedly over weeks.

Ultimately, through the stabbings and beatings its spirit is broken as it screams and cries.

McNair continued, detailing what happens to the roughly 50% of elephants who don’t die during the ‘training’ and go on to ‘work’ in tourism:

Of course, the closure of parks doesn’t automatically mean the elephants will be free of suffering. Some could be abandoned or starved. Others may find themselves forced into different activities such as illegal logging. If authorities step in to protect these animals, however, this doesn’t necessarily have to be their fate.

Meanwhile, there’s no guarantee that those who ‘train’ the elephants with these grotesquely cruel methods will instantly stop doing so due to coronavirus. But the fallout from the outbreak means the elephants will not be tortured daily in service of the tourist trade, because it has ultimately dried up.

STAE recently released a video that documents injuries and a fatality one British family experienced due to an attack from one these tortured elephants at the Nong Nooch venue in Thailand. The elephant gored Helen Costigan, causing her to lose an ovary and a fallopian tube. The elephant gored her sister, Andrea, multiple times and she died as a result.

Speaking to The Canary about the park closures amid the coronavirus pandemic, McNair said:

Some of the stories about elephant venues closing for lack of funds are doubtless true, many are misleading and untrue. Most are closing because they are required temporarily to do so due to national new rules in those countries, not through lack of tourism revenues.

The sad truth is most venues ruthlessly exploit their captive elephants unethically and recklessly, little caring about the future. In place of reckless profiteering, STAE calls for ethical, regulated, responsible, humane Asian elephant tourism – genuine sanctuaries only where elephants are seen in natural surroundings from a respectful distance. That is what tourists want and will pay well for. No businesses need suffer, nor need the elephants nor the tourists.

STAE is expecting a debate in parliament in the near future on the issue of elephant tourism. It is seeking a new law which bans companies from advertising and selling unethical elephant-related venues to tourists.

“Everything is at a standstill”

Asian elephants aren’t the only ones having a brief respite from terror amid the outbreak. Trophy hunters are largely unable to travel to some countries in Africa currently to gun down the elephants there. Botswana, for example, was due to re-open the controversial ‘sport’ this year. As independent wildlife economist Ross Harvey wrote in The Canary in February, Botswana’s authorities set an “arbitrary quota” – the amount of elephants that hunters can kill – of 272 for 2020. The authorities refused to allow organisations who wanted to bid on the elephants to save rather than kill them to do so.

Al Jazeera, however, has reported that the country has banned travel from “18 high-risk countries, including the United States, United Kingdom, Italy and Spain”. The vast majority of the world’s trophy hunters reside in the US. The UK isn’t short on trophy hunters either. So Botswana’s elephant trophy season hasn’t taken off well. Clive Eaton, the owner of one safari company due to cash in on the killing spree, said:

Everything is at a standstill. All clients that were supposed to come in have either postponed or cancelled

The Campaign to Ban Trophy Hunting’s (CBTH) Siobhan Mitchell, on the other hand, welcomed the unexpected hiatus on the season:

We welcome the fact that foreign trophy hunters cannot kill elephants in Botswana, and hope that the government takes the time to reflect on and rethink its deadly strategy towards elephants and shake off this colonial pastime altogether

People in Botswana can find peaceful ways to co-exist and benefit from elephants and ensure rural people benefit. This time of global crisis is a great time to look for new and innovative ways to benefit economically and sustainably.

Elephants aren’t, of course, the only animals targeted by hunters in Africa. Lions, rhinos, hippos, bears, baboons, leopards, zebras, and more all face down the barrel of hunters’ guns. So they are likely to have a temporary escape from that fate too. Meanwhile, Canada has largely now closed its borders to people for anything but essential travel. That could mean many of the polar bears that face death by hunting in the country each year may be spared for now.

China has also introduced a temporary moratorium on wildlife markets and consumption. That means traders who kill lions, whose wild populations are thought to number only around 15,000 globally, so they can use their body parts in pseudo-medicine, potentially face a dramatically reduced customer base. Demand for the most trafficked animal on earth, the pangolin (or ‘scaly anteater‘), may fall heavily in China too.

The country’s authorities are, however, recommending a treatment for coronavirus that has bear bile among its ingredients. The practice of extraction for this causes “unimaginable suffering” to bears, according to charity Animals Asia.

Bats, which are vital to ecosystems, have also faced grotesque persecution over the last month. Many suspect they are a likely source of the new coronavirus. Indonesian authorities recently burned hundreds of them as a result.

Meanwhile, conservationists fear great apes could be at risk from coronavirus. So action is needed to ensure that these animals, most of which are already critically endangered, are protected from the disease.

Biodiversity, i.e. the rich variety of life on Earth, is central to humanity’s existence. But many of our world’s species are threatened by human actions. Our inability to go about our ways amid the coronavirus outbreak may allow some species and natural spaces to bounce back.

We have certainly learnt that encroaching on nature – seizing what we want from it for our own ends – can bring with it devastating consequences for all involved. Let’s learn the lessons from this harrowing experience and respect and nurture nature. Let’s give the natural world and its inhabitants the space and life they deserve.

In short, let’s not make this moment a temporary respite for animals. Let’s make it the permanent reality from here on in.