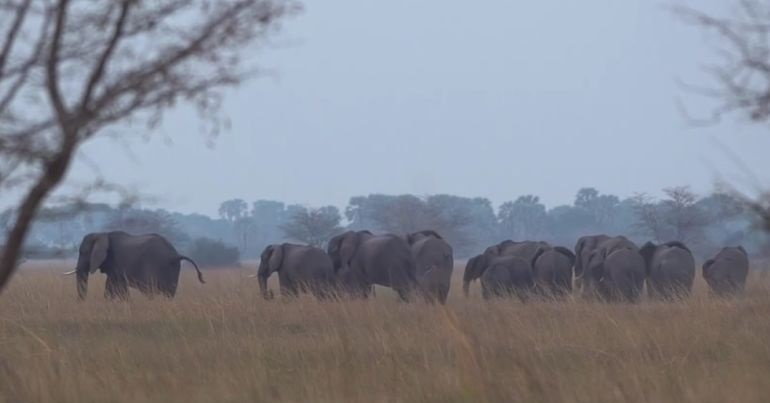 The Campaign to Ban Trophy Hunting has just released horrifying new figures. According to the group, UK hunters have quietly brought in thousands of animal ‘trophies’, including those from endangered species, over the last decade. In 2017 alone, hunters returned from their cowardly killing sprees with numerous body parts of elephants, lions, hippos, polar bears, wolves, brown bears and leopards.

A US TV host recently caused an uproar in Britain after travelling to Scotland to shoot goats. These ‘trophy’ figures show, however, that the “hardcore huntress” isn’t the only person likely to prove unpopular with Britons.

The campaign sourced the data from the UN’s Environment Programme World Conservation Monitoring Centre for the CITES (Convention on International Trade in Endangered Species) Secretariat. Its figures show that British hunters have brought in 693 elephant body parts since 2008, including feet, skins, bones, ears, and tails. Meanwhile, in the same period, they’ve shamed Britain by bringing in 864kg of the endangered animal’s tusks. In 2017 specifically, UK hunters butchered African elephants in order to bring home:

Overall, 2,498 animal ‘trophies’ have made their way to the UK in the last decade. The campaign says elephants, hippos, bears, baboons, leopards, zebras and lions are the UK’s most “sought-after animals”. Although, it appears hunters aren’t too discerning. Because, in the same period, they’ve also brought back body parts of crocodiles, monkeys, wolves, white rhinos, cougars, cheetahs, polar bears, alligators, rhinos, walrus, pygmy hippos, North American river otters, and wild cats. The list from 2017 includes:

The campaign is calling for an end to all trophy hunting. At present, however, it’s applying particular pressure to the government of Botswana. Under recently, Botswana had a reputation for being a haven for elephants. It armed its anti-poaching units and had a ban on trophy hunting. But Mokgweetsi Masisi became president in April. Since then, Masisi has disarmed the anti-poaching units and wants to lift the trophy hunting ban. As an open letter to the Botswana government from the Campaign to Ban Trophy Hunting states:

The population of elephants has plummeted in recent years, with trophy hunting and ivory poaching largely to blame. Today, one third of all African elephants in the wild are found in Botswana.

With its population dwindling and increasingly scattered, the impact of trophy hunting could be disastrous and possibly contribute to the extinction of the species. This would be a major global conservation disaster – potentially the worst in living memory – and have tremendously damaging consequences for efforts to conserve endangered fauna and flora everywhere.

The campaign handed in an almost 250,000-strong petition against the return of trophy hunting to Botswana’s High Commission in London on 29 October. Masisi has said concerns over his anti-poaching stance are “nothing but hysteria”. But, with 90 murdered elephants found in the wake of his changes, many would argue his position stinks to high heaven.

As the ‘trophy’ figures show, however, conservation of Africa’s wildlife isn’t just that continent’s problem. It’s ours too. Because UK hunters are travelling there to kill the continent’s wildlife. And they’re bringing the spoils of their cowardice back into Britain.

Advocates argue that ‘trophy’ hunting actually helps protect targeted species, by raising funds that can be used by local communities and in conservation efforts. But severely declining populations in the vast majority of countries that allow the practice show, far from helping, this legal hunting is almost certainly contributing to their extinction.

Michael Gove, the environment secretary, has made much political capital out of presenting himself as a protector of wildlife. But the UK government allows hunters to bring ‘trophies’ from the world’s magnificent, and often endangered, animals into Britain each year. This has to stop, not least because trophy hunting can be used as a cover for illegal poaching.

As reaction to the US goat-killer – and Cecil the Lion’s murderer before her – shows, most people in Britain and around the world don’t see these animals as ‘trophies’.  It’s time for the UK government to catch up with its citizens on this. That is if Gove and his fellow ministers really do care about these beautiful, endangered creatures.

– Email Michael Gove to demand an end to hunters bringing ‘trophies’ into Britain.

– Sign the petition against Botswana’s lifting of the trophy hunting ban.

– Keep up to date with the Campaign to Ban Trophy Hunting.